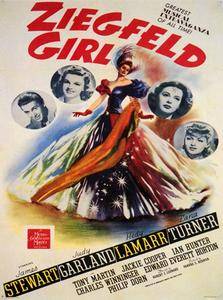 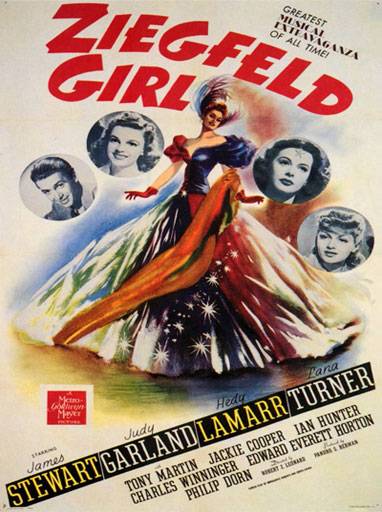 Ziegfeld Girl (1941)
DVD9 | VIDEO_TS | NTSC | 4:3 | 720x576 | 6400 kbps | 6.8Gb
Audio: #1 English AC3 2.0 @ 192 Kbps | Sibtitles: English, Spanish, French
02:12:00 | USA | Drama, Musical, Romance
Discovery by Flo Ziegfeld changes a girl's life but not necessarily for the better, as three beautiful women find out when they join the spectacle on Broadway: Susan, the singer who must leave behind her ageing vaudevillian father; vulnerable Sheila, the working girl pursued both by a millionaire and by her loyal boyfriend from Flatbush; and the mysterious European beauty Sandra, whose concert violinist husband cannot endure the thought of their escaping from poverty by promenading her glamor in skimpy costumes. 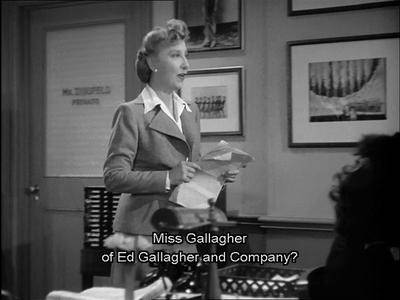 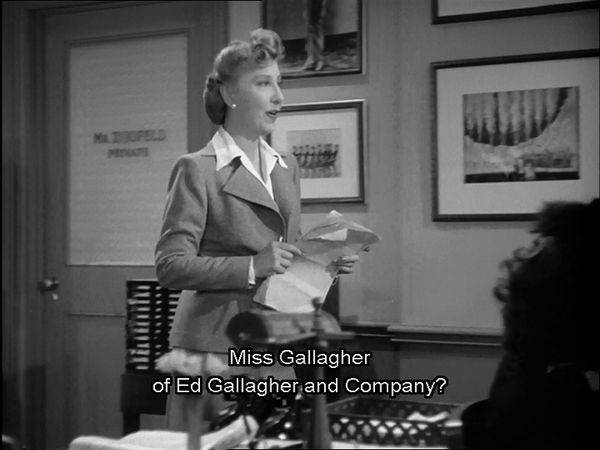 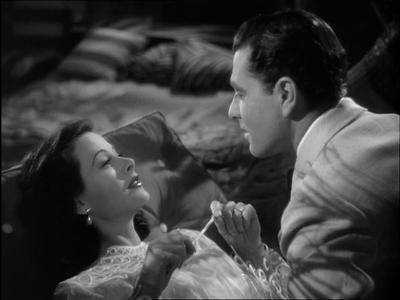 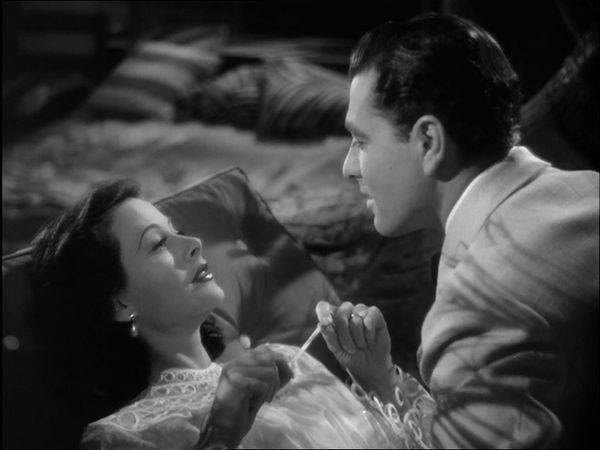 In the 1920s, many girls dream of becoming "Glorified American Girls" in Florenz Ziegfeld's Broadway shows. One such girl is Sheila Regan, an elevator operator from Flatbush, who receives an audition after a chance encounter with Ziegfeld. Another hopeful is teenager Susan Gallagher, who has an act with her father "Pop," an old vaudevillian. At the audition, European immigrant Franz Kolter, a concert violinist, tries out for a job in the orchestra but is turned down because he is "too good," while at the same time his beautiful wife Sandra attracts the attention of the show's singing star, Frank Merton, who recommends her to dance director John Slayton. When Sandra later tells Franz that she has a job, he is furious and forces her to chose between him and the show. Realizing that Franz does not trust her, Sandra leaves him. On the first night of the show, all three women are a success. Sheila catches the eye of millionaire Geoffrey Collis, angering her fiancé, hard-working trucker Gilbert Young. They quarrel, and soon Sheila is mentioned in the columns as stepping out with Geoff, who gives her a new apartment and jewelry. When Gil goes to her new apartment and produces a marriage license he has just bought for them, she shows him her new clothes and furs. He angrily walks out, after which her maid, Annie, gives her a stiff drink. Sandra, meanwhile, continues seeing Frank, who is also married, but lets him know that she is not romantically interested in him. Soon the show is about to move to Palm Beach and Pop's old friend, Al Shean, asks him to go on the road with him. Pop does not want to leave Susie, but when he realizes that her career will be better off without his old-fashioned advice, he leaves, telling her that she will be fine on her own. In Palm Beach, while Sandra dreams of Franz, Sheila has developed a serious drinking problem, which worries the maternal Susie. When Susie talks to Geoff about Sheila, he says that he plans to propose that night. At a casino, Sheila's boisterous drinking and winning streak at the crap table attracts the attention of champion boxer Jimmy Walters. She coldly dismisses him, then sees Gil, who has become a bootlegger, working for gangster Nick Capalini. She tries to reconcile with him, but the now embittered Gil leaves after she asks him to kiss her. Geoff sees them and changes his mind about proposing. Some months later, a new Ziegfeld show has started rehearsals in New York. Frank's wife comes to see Sandra, knowing that Frank wants a divorce, but when she realizes that Sandra is in love with her own husband, the two women part as friends. Sandra then concocts a scheme in which lead violinist Mischa will pretend to go away to visit a sick relative so that Franz can take over Mischa's position in the show's orchestra. On opening night, Franz finds his own violin, as well as a loving note from Sandra, in Mischa's case. Meanwhile, Sheila goes to see Gil, who has been convicted of bootlegging. When she says that she has not seen Geoff for months but is sure that he will help, Gil sends her away and she goes to a speakeasy. Later, as Sheila's number starts, former showgirl Patsy Dixon tries to convince a drunken Sheila not to go on, but she will not listen. Susie is a huge success in the show, as are Pops and Al, whom Susie brought into the show, but Sheila is so drunk that she falls off stage. Slayton angrily dismisses her, but things go better for Franz, who reconciles with Sandra and gets encouragement from Ziegfeld's righthand man, Noble Sage. As time passes, Sandra retires to accompany Franz on tour, while Sheila goes from man to man and eventually becomes a broken alcoholic. In a speakeasy, she runs into Jimmy, who is also down on his luck. Bitterly remembering their first meeting, Jimmy insults, then strikes her, and she collapses. At Sheila's parents' home, Gil, who is now out of jail, visits her. Sheila's kid brother Jerry tells him that the doctors have little hope, but Sheila does not know how sick she is. When Gil tenderly talks about raising ducks at his newly bought farm, she asks to hold their long-expired marriage license. After he leaves, she decides to go to the opening night of the latest Ziegfeld show, in which Susie is the headliner. During the performance, Sheila becomes gravely ill and collapses. In Ziegfeld's office, as the show's finale is performned, Franz and Sandra visit her, and in a weak voice, she talks of raising ducks with Jimmy 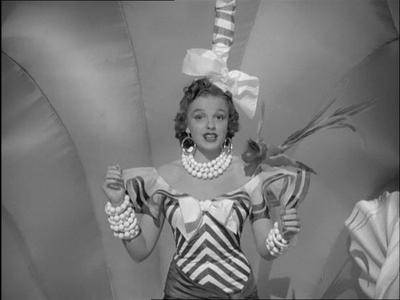 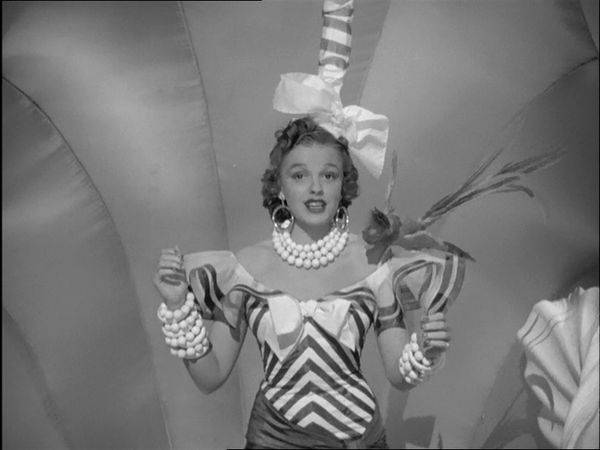 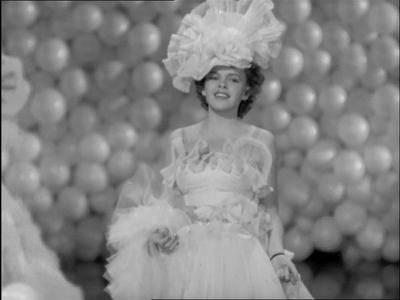 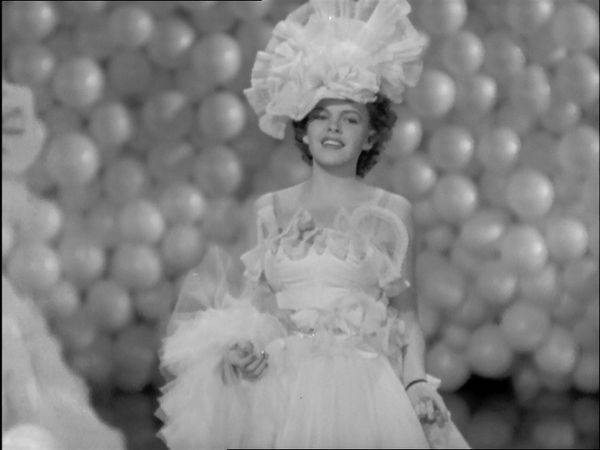