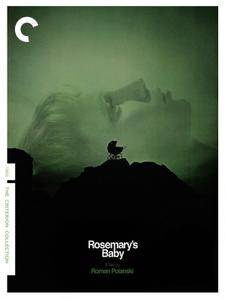 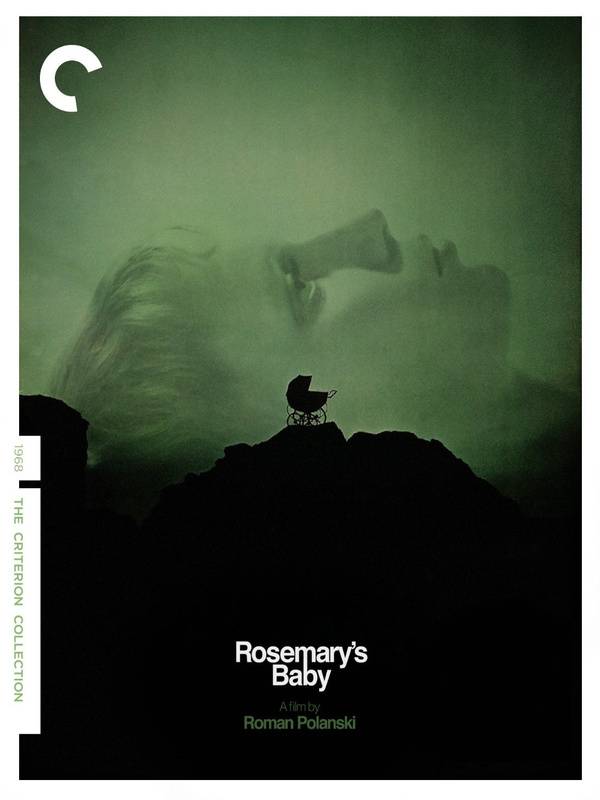 Rosemary's Baby (1968) Criterion Collection [with Extras]
BDRip | 136min | MKV | 1920x1040 | x264 -> 4000kbps | E-AC3 1.0 320kbps
Horror-Mystery-Drama | Language: English | Subtitles: English | 4.14GB+530MB
In Roman Polanski's first American film, adapted from Ira Levin's horror bestseller, a young wife comes to believe that her offspring is not of this world. Waifish Rosemary Woodhouse (Mia Farrow) and her struggling actor husband, Guy (John Cassavetes), move into the Bramford, an old New York City apartment building with an ominous reputation and only elderly residents. Neighbors Roman and Minnie Castevet (Sidney Blackmer and Ruth Gordon) soon come nosing around to welcome the Woodhouses to the building; despite Rosemary's reservations about their eccentricity and the weird noises that she keeps hearing, Guy starts spending time with the Castevets.

Shortly after Guy lands a plum Broadway role, Minnie starts showing up with homemade chocolate mousse for Rosemary. When Rosemary becomes pregnant after a mousse-provoked nightmare of being raped by a beast, the Castevets take a special interest in her welfare. As the sickened Rosemary becomes increasingly isolated, she begins to suspect that the Castevets' circle is not what it seems. The diabolical truth is revealed only after Rosemary gives birth, and the baby is taken away from her.

Polanski's camerawork and Richard Sylbert's production design transform the realistic setting (shot on-location in Manhattan's Dakota apartment building) into a sinister projection of Rosemary's fears, chillingly locating supernatural horror in the familiar by leaving the most grotesque frights to the viewer's imagination. This apocalyptic yet darkly comic paranoia about the hallowed institution of childbirth touched a nerve with late-'60s audiences feeling uneasy about traditional norms. Produced by B-horror maestro William Castle, Rosemary's Baby became a critically praised hit, winning Gordon an Oscar for Best Supporting Actress. Inspiring a wave of satanic horror from The Exorcist (1973) to The Omen (1976), Rosemary's Baby helped usher in the genre's modern era by combining a supernatural story with Alfred Hitchcock's propensity for finding normality horrific.

• Remembering Rosemary's Baby - in this outstanding new documentary, director Roman Polanski, actress Mia Farrow, and producer Robert Evans recall their work on Rosemary's Baby before and after the shooting of the film and discuss its success. Roman Polanski's comments about his approach to working with actors (and specifically his work with Mia Farrow, which was apparently very similar to his work with Catherine Deneuve in Repulsion) are particularly interesting. The factual information in these interviews is indeed quite illuminating. The interviews were conducted for Criterion in 2012. In English, not subtitled. (47 min, 720p)

• Ira Levin and Leonard Lopate - in September 1997, author Ira Levin appeared on Leonard Lopate's WNYC radio program New York and Company to discuss his new novel, Son of Rosemary, the sequel to Rosemary's Baby. During that segment, the two leads also talked about Ira Levin's original novel, the film, and the author's other acclaimed work in film, television, and theater. The segment from the radio program is presented here. In English, not subtitled. (20 min, 720p).

• Komeda, Komeda - an excellent documentary film on the life and work of Polish jazz musician and composer Krzysztof Komeda which was produced for Polish television in 2012. Krzysztof Komeda, who died in 1969, was a longtime associate of Roman Polanski and composed the scores for a number of his films, including Two Men and a Wardrobe, Cul-De-Sac, and Rosemary's Baby. In Polish, with optional English subtitles. (71 min, 720p). 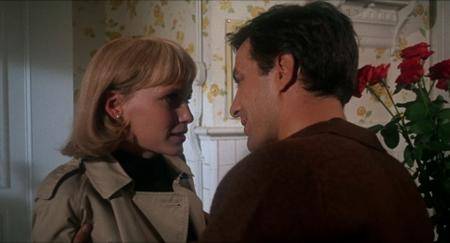 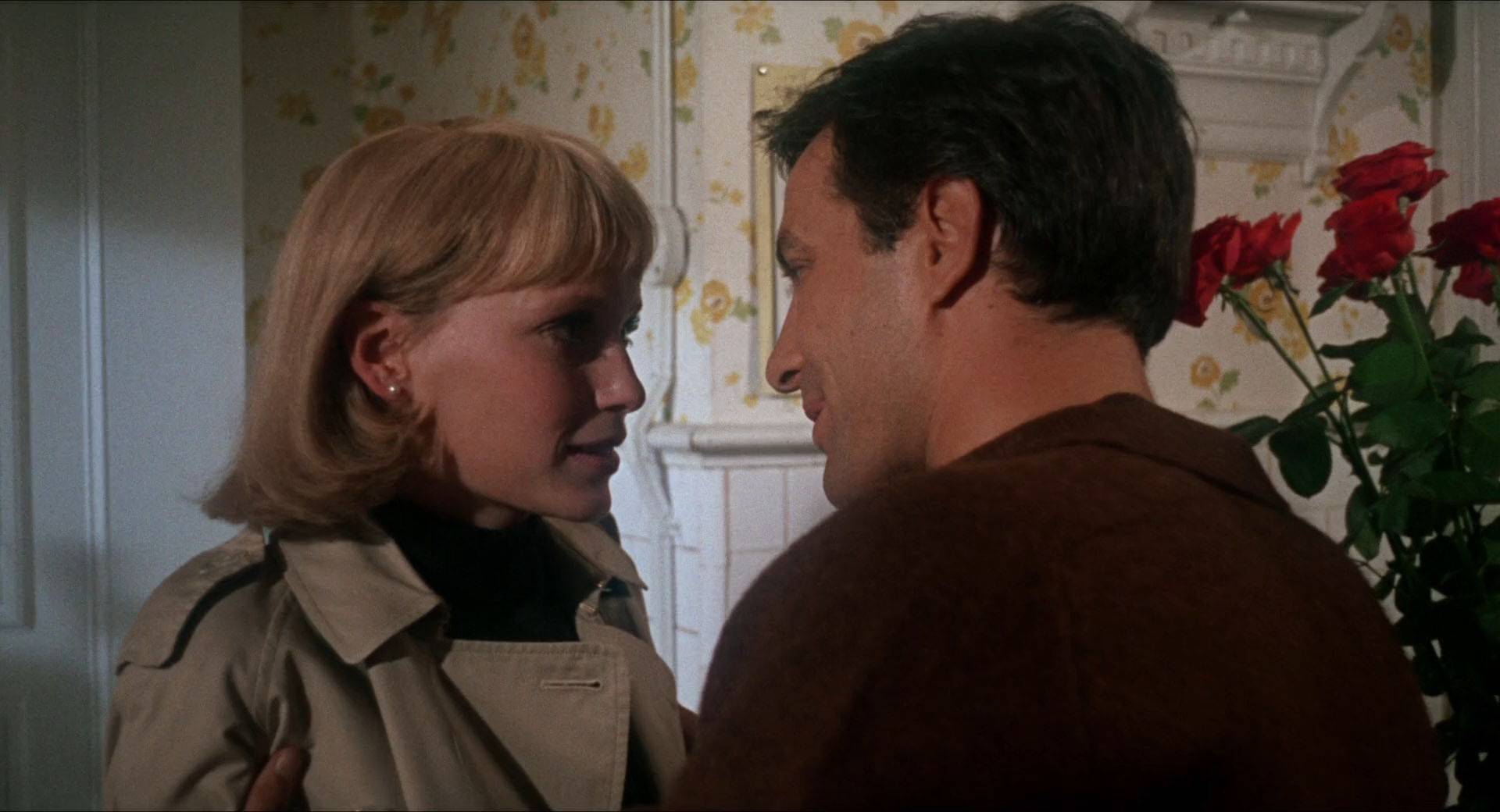 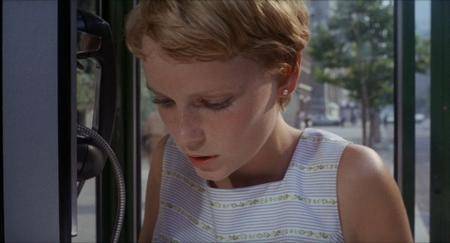 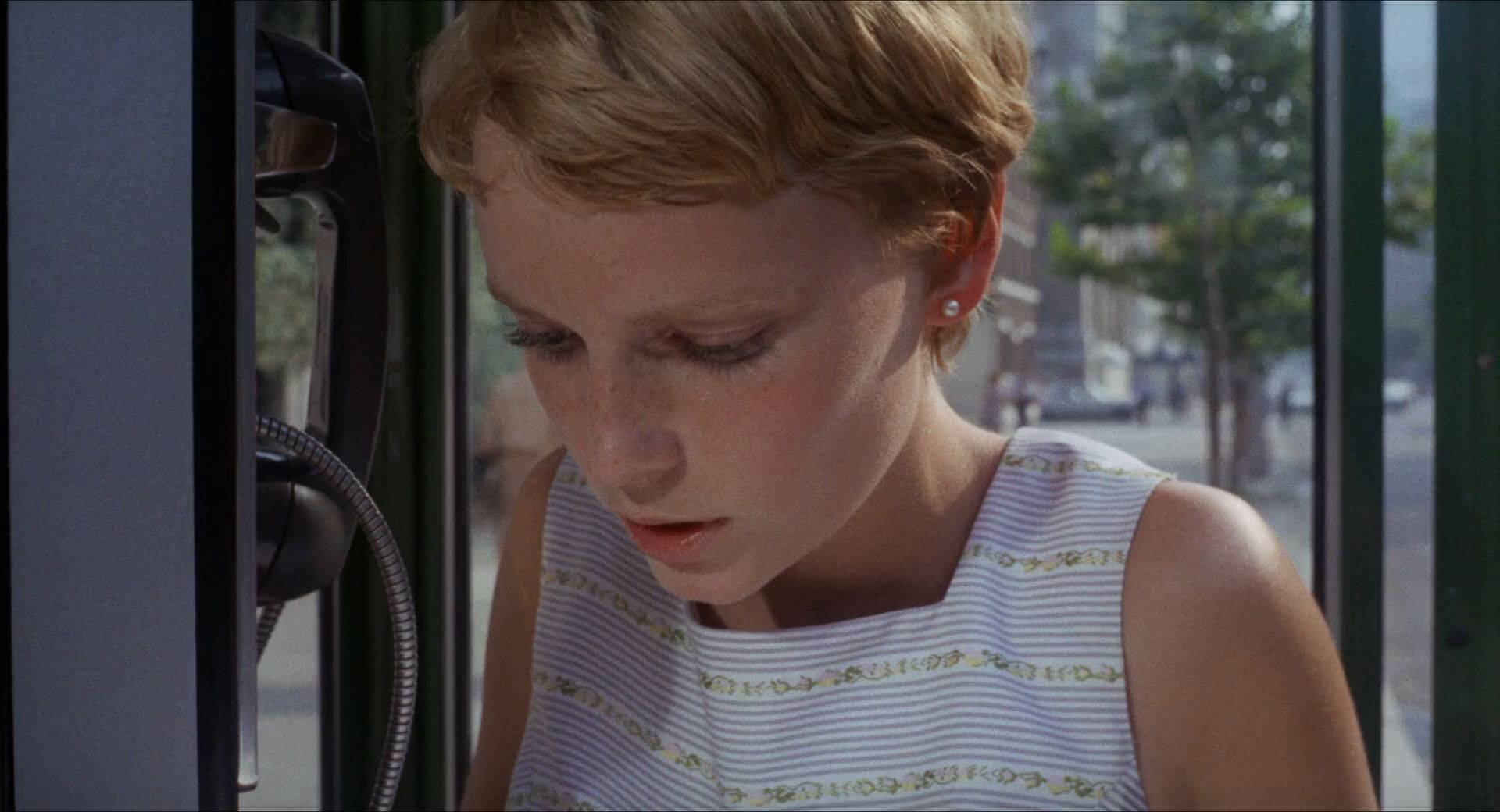 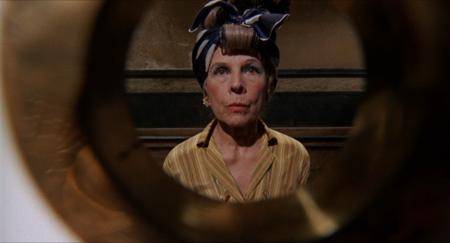 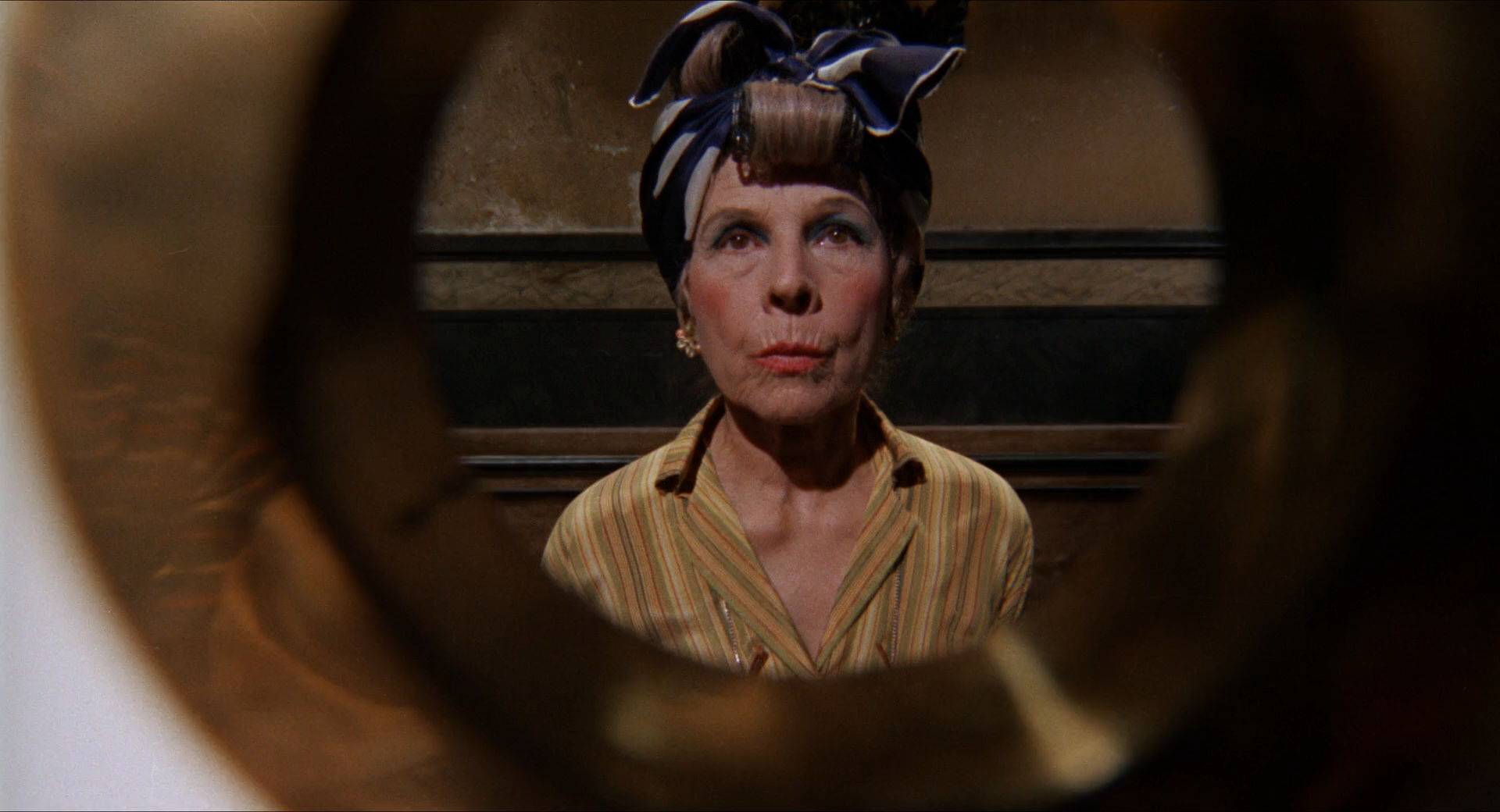 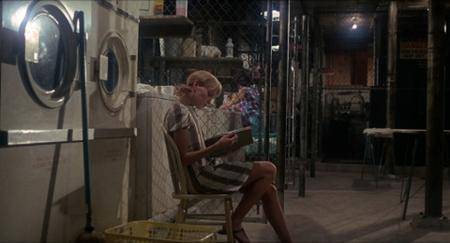 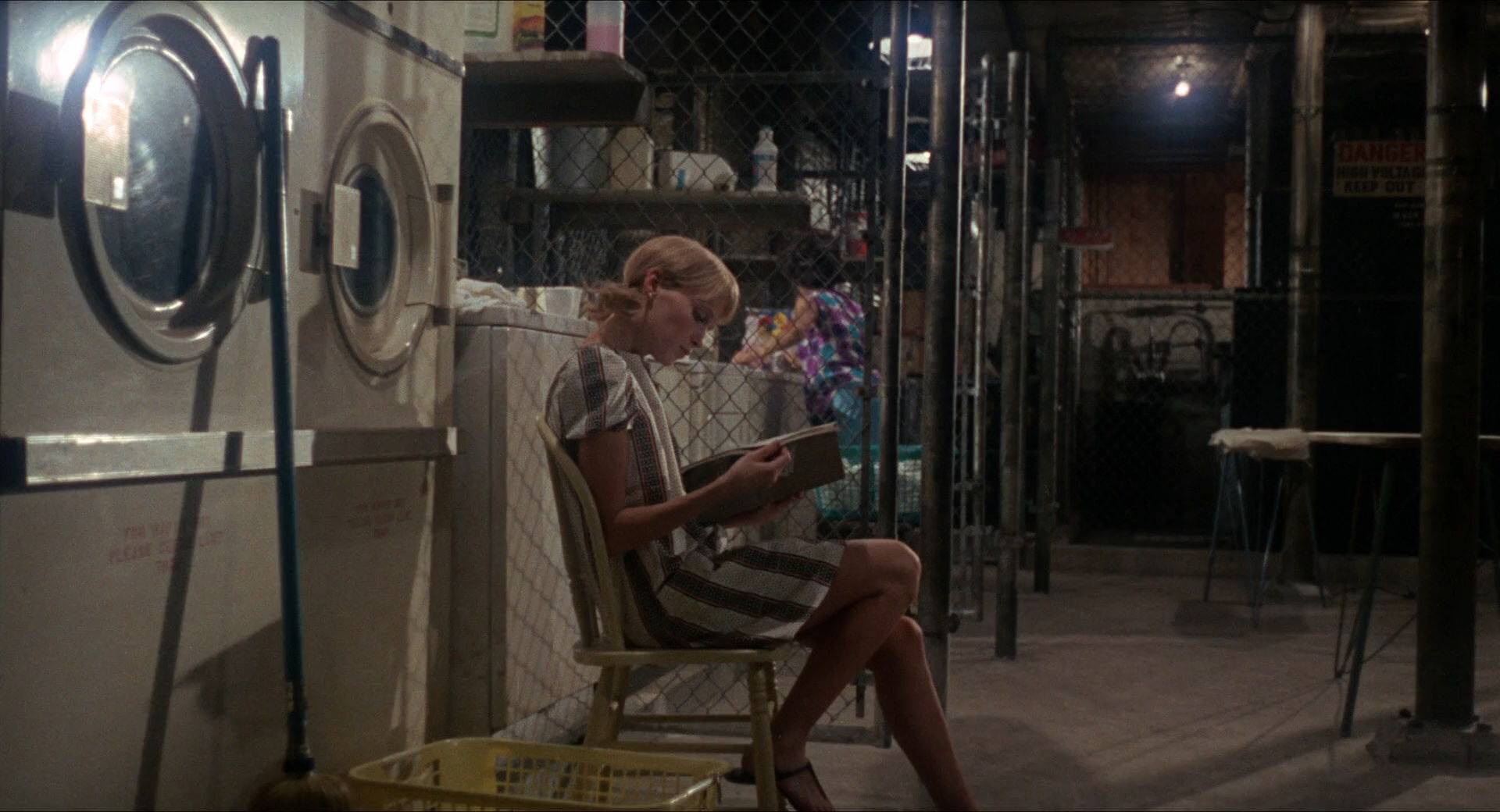