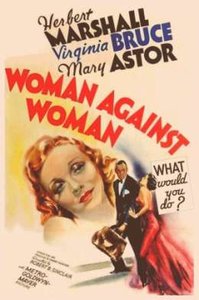 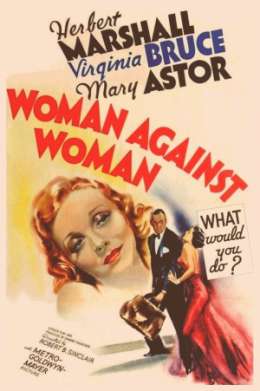 Woman Against Woman (1938)
TVRip | AVI | 640 x 480 | XviD @ 1367 Kbps | 61 min | 658 Mb
Audio: English MP3 @ 60 Kbps | Subtitles: None
Genre: Drama, Romance | Director: Robert B. Sinclair
Cynthia is married to Steve and is a selfish hard woman. She decides where they will live, who they will see and even gets rid of Dora, the nanny who raised Steve and is now raising their daughter Ellen. When Steve divorce's Cynthia, even his mother is on Cynthia's side. While pleading a case in Washington, Steve meets a woman named Maris and falls for her. Maris does not know if she is going to the altar or the chopping block, but they marry and come back to his hometown. Unfortunately, Maris is the outsider, and being a small town where Cynthia and Steve grew up, everyone is Cynthia's friend and not Maris. Cynthia will use every occasion, every trick, including Ellen, to try to ruin the life that Steve has with Maris.