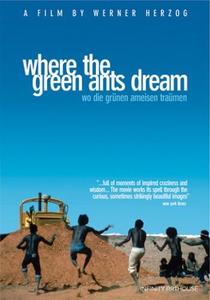 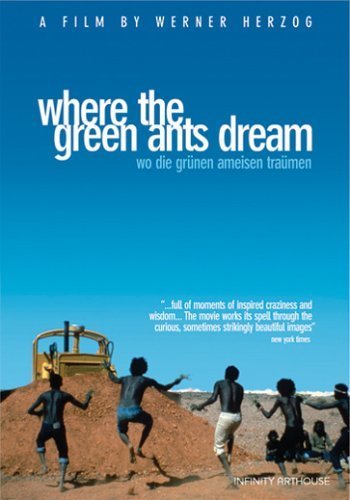 A surveying team led by Australian geologist Lance Hackett (Bruce Spence) is setting off subterranean explosions deep in the outback, searching for possible uranium mining sites. Hackett's work is interrupted by Aborigines Miliritbi (Wandjuk Marika) and Dayipu (Roy Marika), who claim that green ants dream underneath this land, and, if the insects' slumbers are interrupted, the world will come to an end. The dispute between the two sides becomes both a court case and a philosophical debate.

I would classify this movie as being Herzog's most mainstream (which I know isn't saying that much), but still, for a movie that takes place in possibly the most minimalist setting (a stretch of land on the Australian outback littered with the remains of drilling for minerals) I found it absolutely engrossing. This is the movie: A group of aborigines refuse to budge from a small strip of land when a mining company wants to occupy it for drilling purposes; their reason: `This is the land where the green ants dream'. When one of the aborigines is asked why they will not budge even after offered a lucrative settlement, he responds, `How would you like it if someone drove a bulldozer over your church.' Immediately I knew this movie would work. It is a very good film, possibly one of the most finely put together movies I can think of. Rather than being an all and out movie that puts down imperialism, civilization, and national need to exploit resources.it raises some interesting questions about ownership and the present destruction of ancient civilizations. My one fault with the movie is that you know when Herzog is setting things up for an awe-inspired moment, and it does get a little dry toward the end, but still a grand achievement. 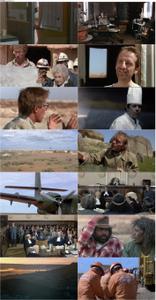 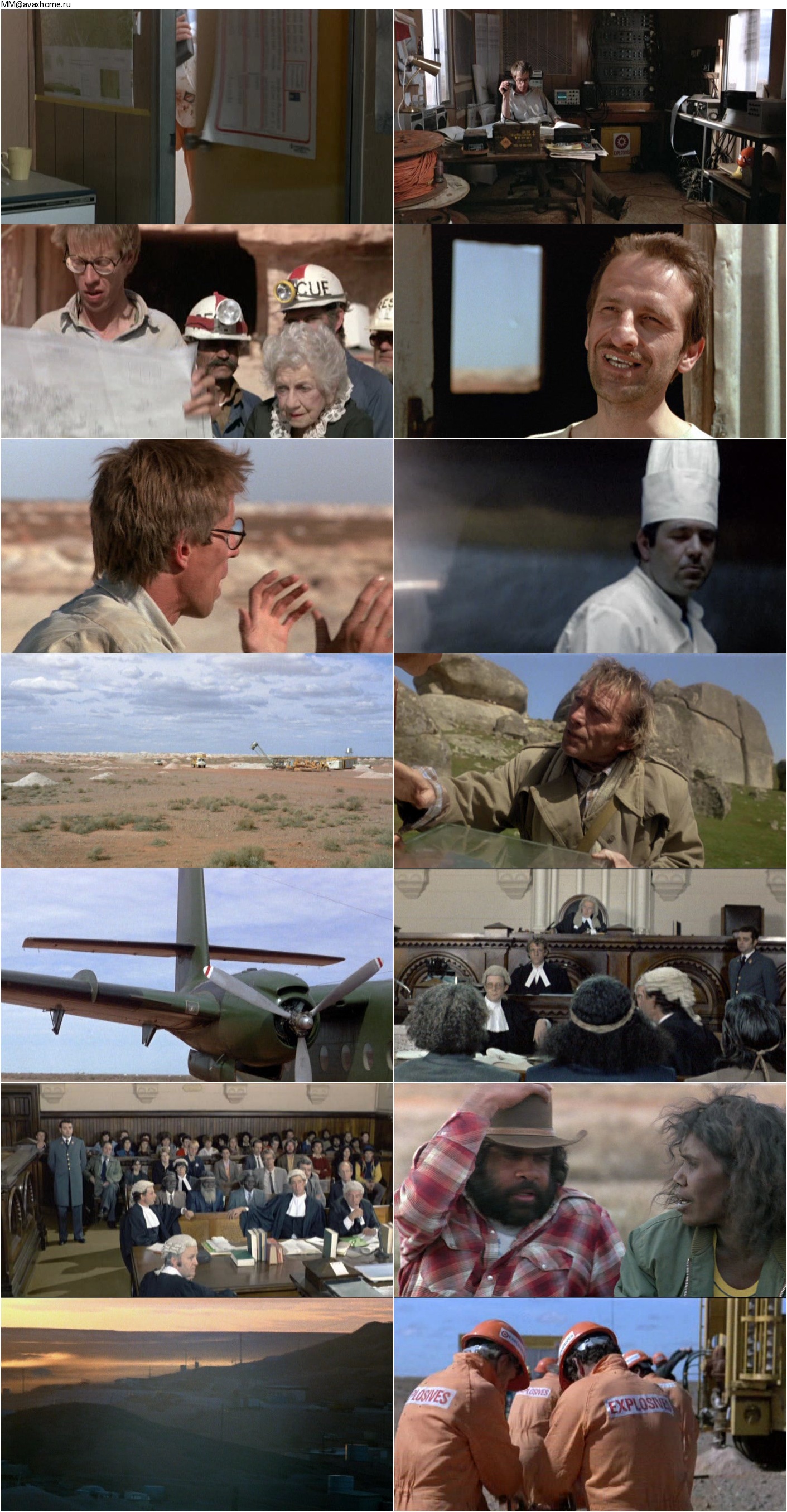 Audio commentary: with producer/writer/director Werner Herzog and critic Norman Hill (in German only!!)