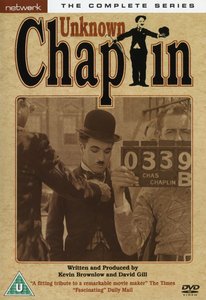 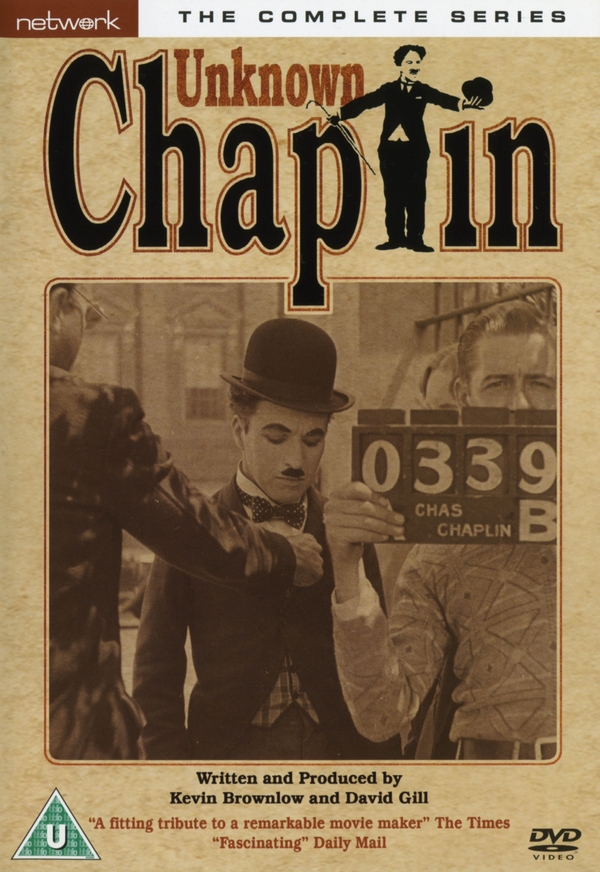 A documentary from silent film historians Kevin Brownlow and David Gill. Featuring never before seen out-takes from Chaplin's films, and other rare footage, Unknown Chaplin gives a valuable insight into the creation of Chaplin's films. Also included are interviews with people who knew and worked with Chaplin. The documentary is in three parts: My Happiest Years; Hidden Treasures; and The Great Director. Accompanied by excellent music by Carl Davis, some adapted from Chaplin's own music. 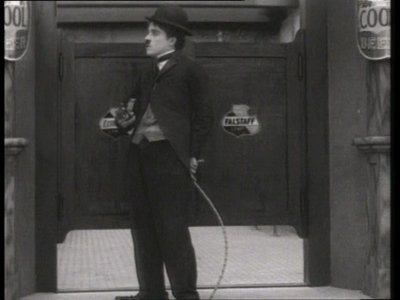 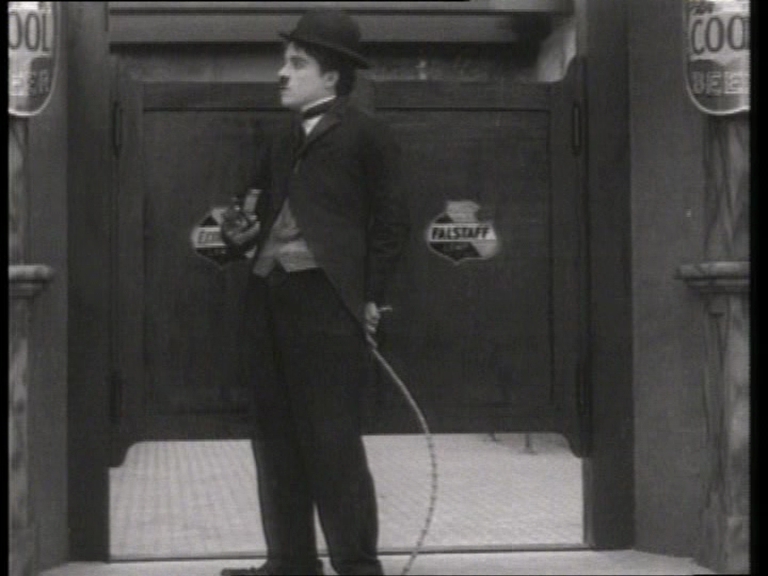 Unknown Chaplin was produced in 1983 by Thames Television. A three-part series it’s just one in a number of excellent documentaries to be made by Kevin Brownlow and David Gill over the years. Other subjects included Buster Keaton (A Hard Act to Follow, which has also received a release from Network), Harold Lloyd, DW Griffith and wider studies of Hollywood and European silent cinema, yet it’s this one on Chaplin which remains the best known. And understandably so, though not for the obvious – and no doubt half true – reason that Chaplin himself is so well known. Rather here we find a documentary which proves to be genuinely revelatory as well as well made. The concept is simple: a compilation of rare, and hitherto unseen, deleted scenes, outtakes, alternative takes, rehearsal footage and home movies all held together by the sharp, succinct narration of James Mason. 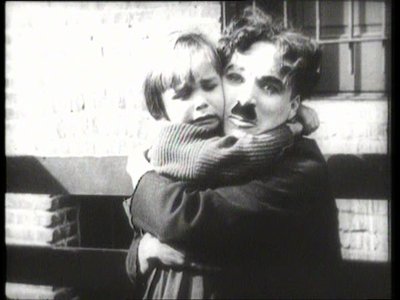 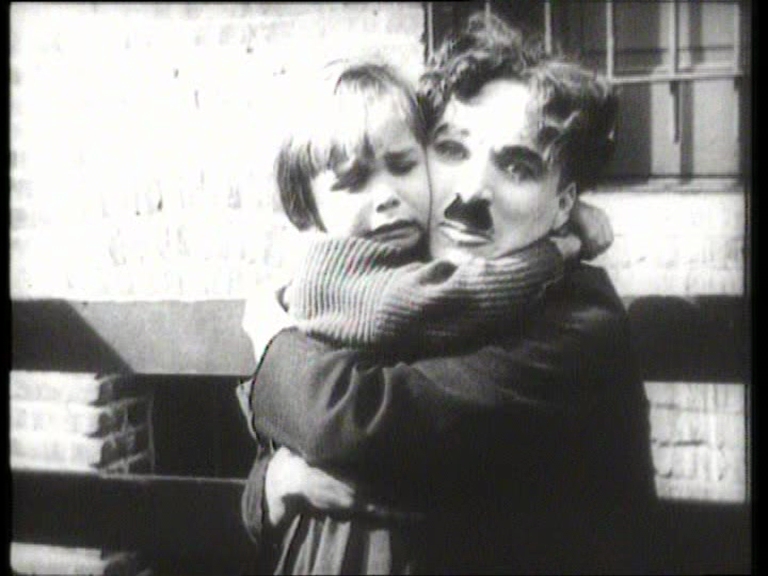 Effectively then this is a series which focuses on Chaplin the filmmaker not Chaplin the man. There are occasional nods to his various affairs and marriages, yet this is no “dark side of the clown”-style project. Indeed, all told the attitude is decidedly positive and makes few judgement calls; what’s important is the manner in which Chaplin worked, not what got up to “off-duty” as it were. Brownlow and Gill’s collective aim is to discover the thought processes which went into so many classics, whether this be the relatively early short The Immigrant, the mid-period masterpiece City Lights, or one of the later efforts such as Limelight and The Great Dictator. 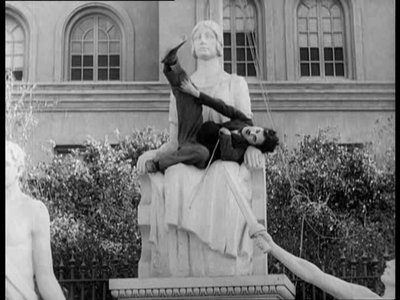 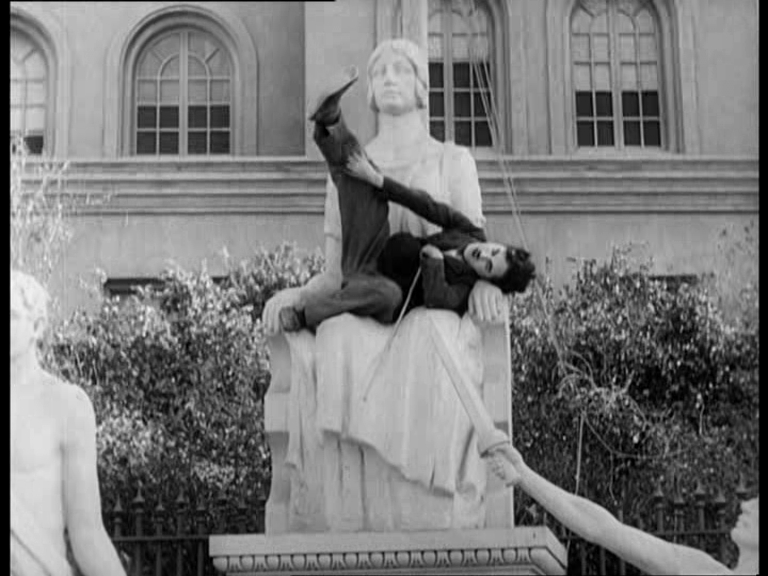 Part one of Unknown Chaplin, titled ‘My Happiest Years’, focuses on the Mutual period, a time when Chaplin was working incessantly and still under contract, albeit a lucrative one. Moreover, this was the period which saw the creation of The Rink, The Cure, Easy Street and many others – what some would argue was, creatively, a golden time for the filmmaker. The rougher edges inherent in all of the earlier Keystone efforts, and most of the Essanay ones, we’re gradually smoothed out, although as this episode shows this may have been down to their seemingly tortuous productions. Using various rushes and rehearsals – often unscripted and improvised – Brownlow and Gill deconstruct, for example, The Floorwalker and show us the development of the methods behind its creation. We see gags grow or become abandoned as Chaplin’s perfectionism comes into play. They dub this process (via Mason’s voice-over) as “archaeology of the cinema” and indeed it is utterly fascinating. 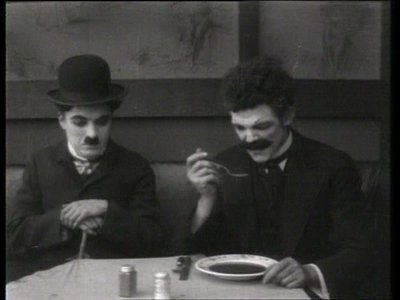 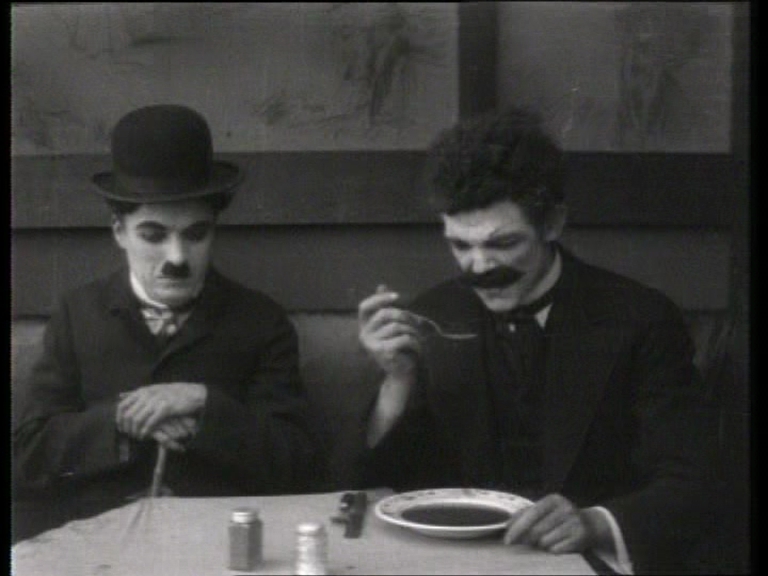 The affect is akin to seeing a parallel Chaplin, one whose films came with different costumes, different characters and different gags, even different intents. Admittedly we have to be cautious here as our directors have taken it upon themselves to edit these rushes into what they believe Chaplin’s cut could have looked like, but the results are never less than fascinating and fully admirable. The fact that we’re seeing something so familiar (especially in the case of something like The Immigrant, which is better known than most) rendered fresh and unusual is genuinely beguiling experience and one to be applauded. 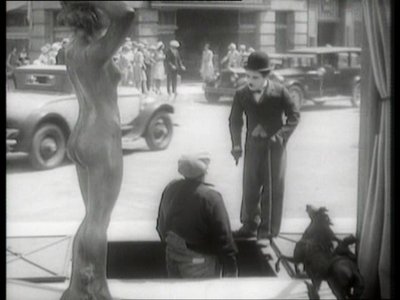 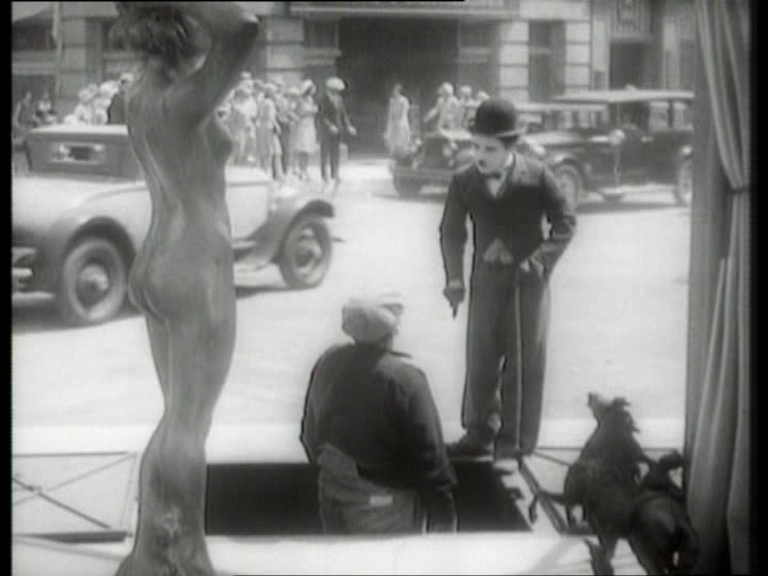 In comparison episodes two and three have to live up to such qualities and whilst they don’t quite succeed, this isn’t to say that they come of poorly. ‘The Great Director’, the title of part two, relies heavily on interview material (with co-stars such as Georgia Hale and Jackie Cooper) but still offers plenty of screen time to The Kid, The Gold Rush and City Lights. Meanwhile, ‘Hidden Treasures’ is more of a typing-up-the-loose-ends construction: we flit between an early 1920s work such as Sunnyside and later efforts, amongst them The Circus and Modern Times (in this latter case a mouth watering, and really quite funny, deleted sequence which never saw the light of day). Sadly, Monsieur Verdoux, A Woman in Paris (Chaplin’s only non-comic outing) and A Countess from Hong Kong receive no mention at all – and surely any footage from any would warrant an airing – but then Brownlow and Gill, of course, could only work with the material to hand. 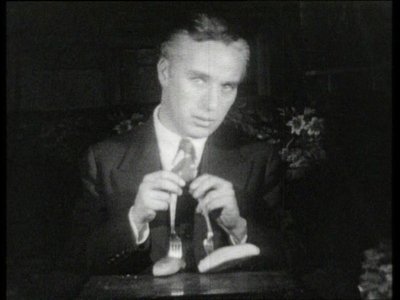 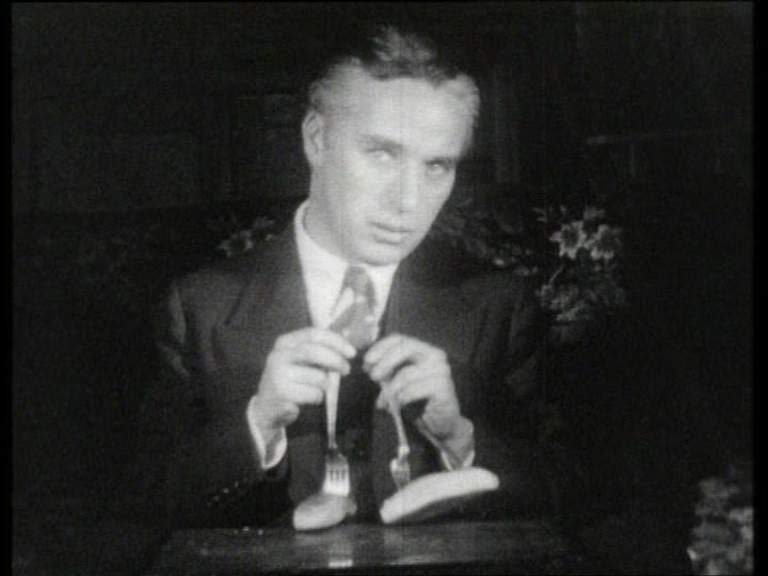 Indeed, in this respect the more haphazard nature of episodes two and three is understandable and, more importantly, forgivable. After all, we are afforded glimpses into B-roll footage from the making of City Lights, excerpts from the never-completed early short The Professor and sequences which never made the final cut of The Gold Rush. In each and every case a genuine treasure and ultimately this is why Unknown Chaplin proves itself to be so important. Now that the vast majority of Chaplin’s output is available on DVD – sparing a definitive release of the Keystone comedies – this release makes for a fine addendum. And yet at the same time it shouldn’t be considered a mere post-script; in its own way Unknown Chaplin is just as entertaining and endlessly re-watchable as Modern Times, say, or The Bank.
The Digital Fix 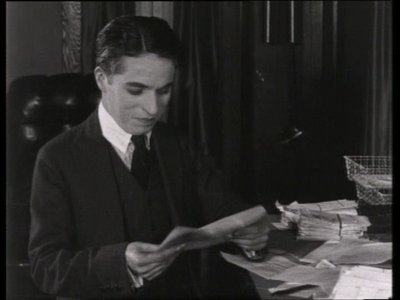 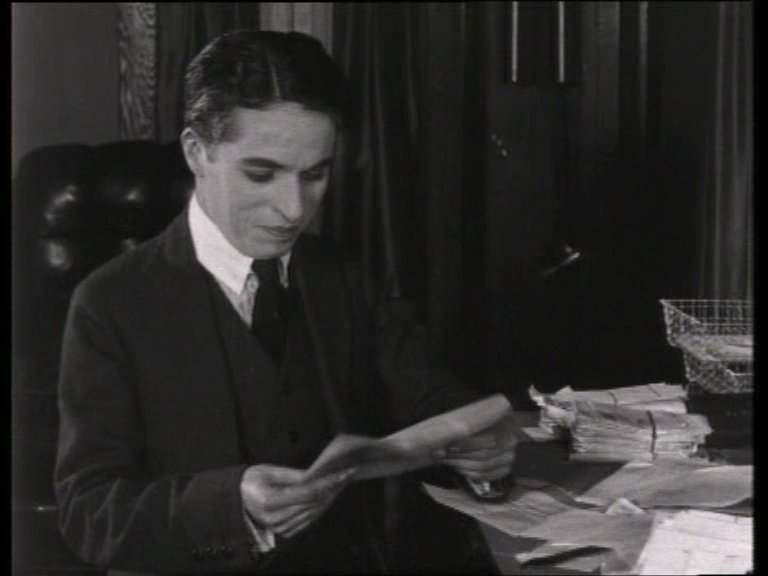 Jonathan Rosenbaum included "Unknown Chaplin" in his canon of one thousand all-time great films. I thought this was an unusual choice for a television mini-series, but after watching this release I can understand his enthusiasm. If you are a fan of Charlie Chaplin, you will find this DVD to be an essential addition to your collection. And if you're not a fan, then what the heck is wrong with you?
Movie Metropilis 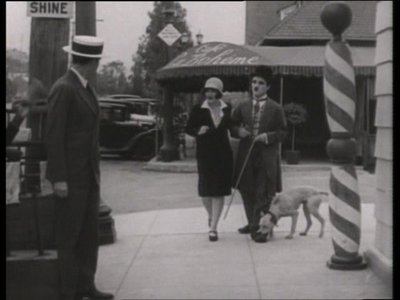 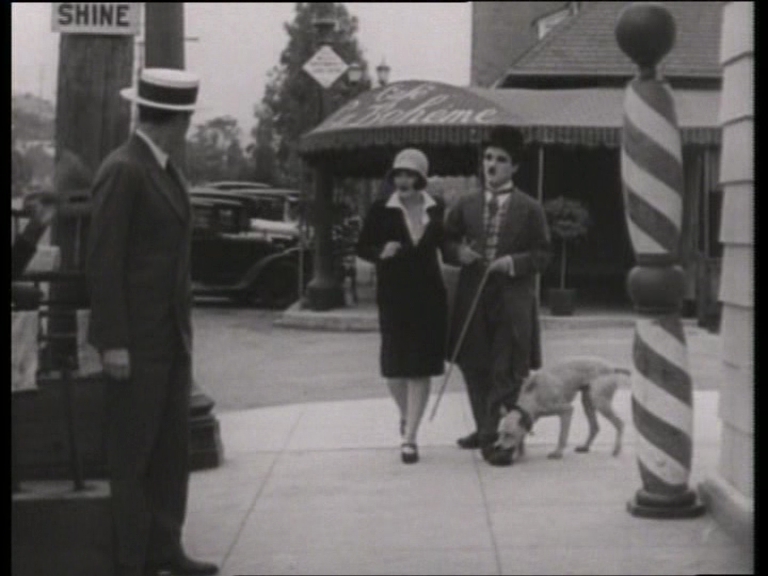