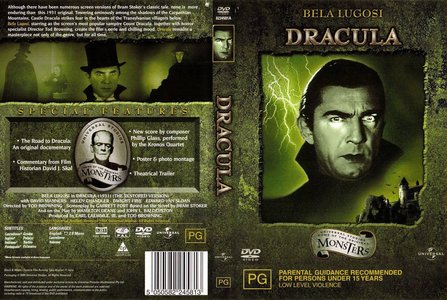 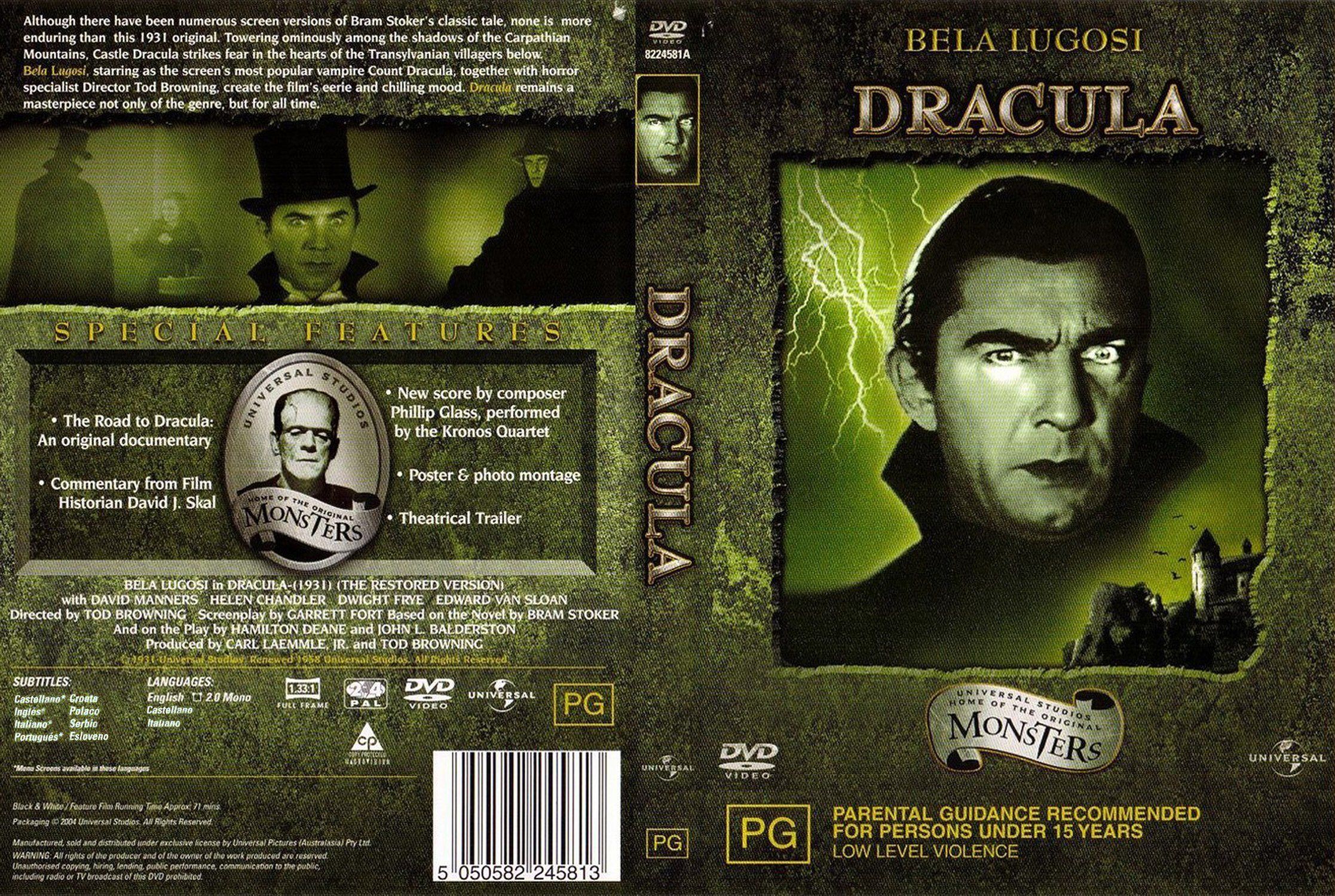 "I am….Drac-u-la. I bid you velcome." Thus does Bela Lugosi declare his presence in the 1931 screen version of Bram Stoker's Dracula. Director Tod Browning invests most of his mood and atmosphere in the first two reels, which were based on the original Stoker novel; the rest of the film is a more stagebound translation of the popular stage play by John Balderston and Hamilton Deane. Even so, the electric tension between the elegant Dracula and the vampire hunter Professor Van Helsing (Edward Van Sloan) works as well on the screen as it did on the stage. And it's hard to forget such moments as the lustful gleam in the eyes of Mina Harker (Helen Chandler) as she succumbs to the will of Dracula, or the omnipresent insane giggle of the fly-eating Renfield (Dwight Frye). Despite the static nature of the final scenes, Dracula is a classic among horror films, with Bela Lugosi giving the performance of a lifetime as the erudite Count (both Lugosi and co-star Frye would forever after be typecast as a result of this film, which had unfortunate consequences for both men's careers).

It is the most famous and best remembered of all Bram Stoker adaptations, and yet the 1931 “Dracula” is also the film that ventures furthest from its source material. The film has been criticized over the years for straying so far from Stoker’s classic novel (it instead depends mostly on the popular stage play of the 1920s), and yet these critics ignore the simple fact that on its own, the movie works. Oh, it more than works: it became a milestone, one of the most important movies in film history, kicking off an entire era of screen horror, leaving us with images that are forever burned in the pop culture subconscious. 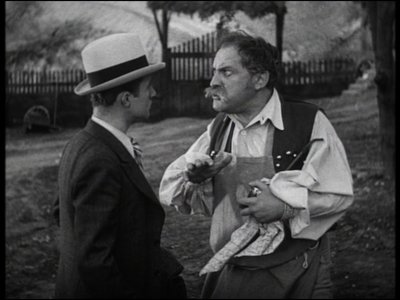 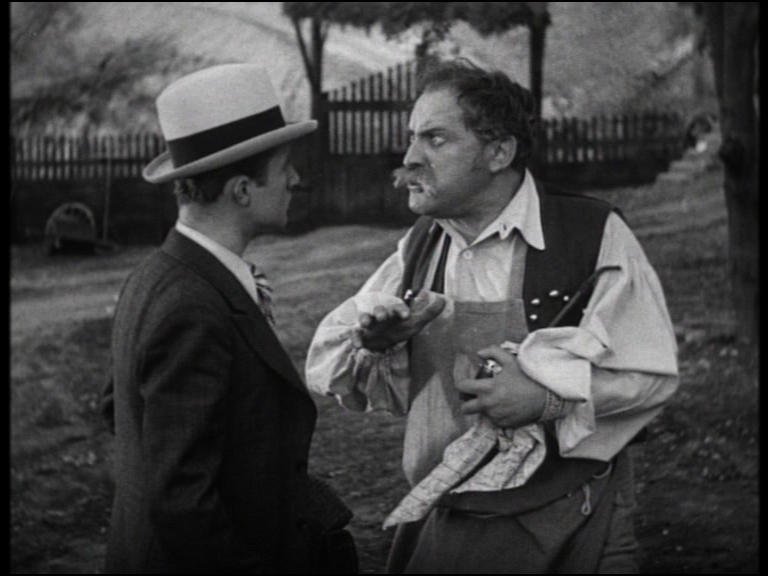 Consider that in 1931, there were no supernatural horror movies being made. All thrillers at the time were given cheap finales to explain away the mystery. Not so “Dracula,” which stated quite boldly that the title character is indeed a blood-sucking, undying, mist-and-bat-turning-into, creature-of-the-night vampire. Audiences, of course, loved it, and quickly Universal worked overtime to follow their smash hit with a string of genre films that would later be hailed as a golden age, the era of the Universal Monsters. (And, let’s not forget, other studios were falling over themselves trying to duplicate Universal’s success.) 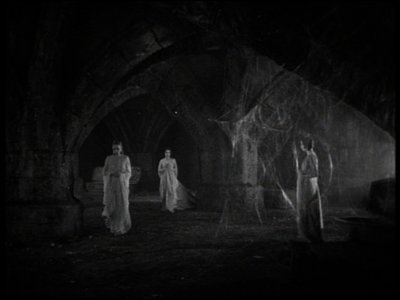 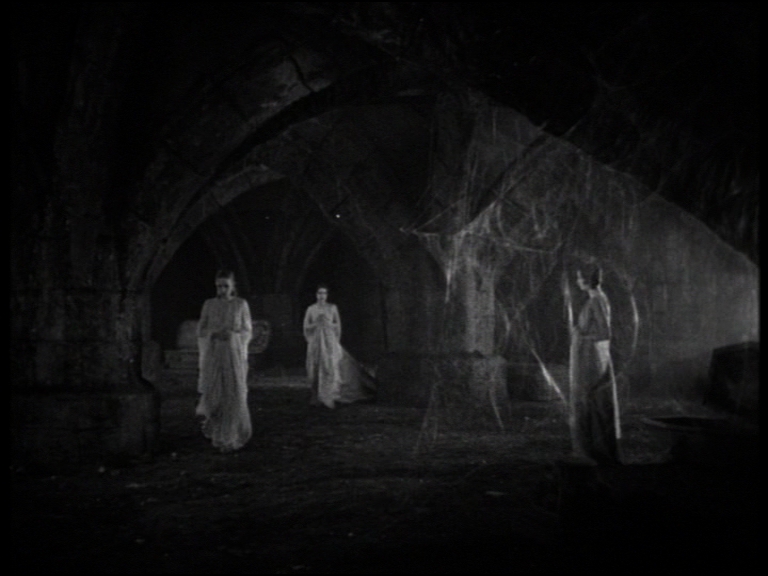 While the film ushered in an entire new genre of filmmaking, it also worked to make a cinematic icon out of its star. Bela Lugosi, the Hungarian actor who also played the title role on stage when the show came to Broadway in 1927, would sadly never reach the heights of greatness promised in his film debut (although he would come very close in a few Universal follow-ups, most notably “The Black Cat”). And yet his performance here as the vampire count is one of the film’s main ingredients - remove Lugosi, and the movie collapses. Lugosi played the count not like the disturbing monster of “Nosferatu,” but instead as a seductive foreigner, an exotic man of mystery whose allure is impossible to escape. 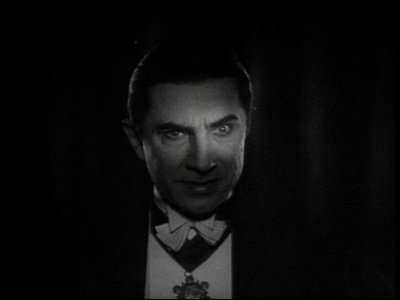 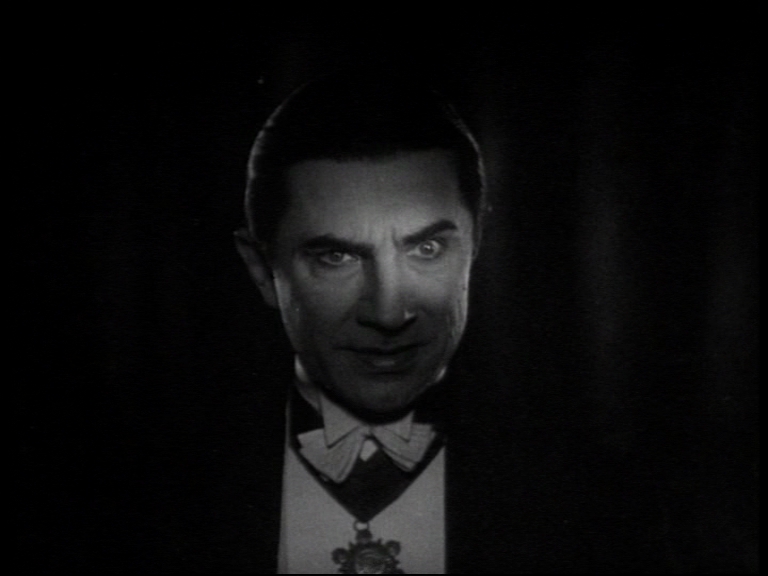 Indeed, it’s the sheer foreignness of Lugosi’s delivery that draws us in. Listen to his line readings, the cadence he brings, the way he places his accents. When other actors let loose with the immortal line “children of the night, what music they make,” it sounds like anyone else reading that sentence. When Lugosi says it, his rhythms are slightly off (perhaps intentionally, perhaps due to his shaky grasp on the English language); he puts an emphasis on odd words, like the “they” in “what music they make,” and the effect is an uncanny blend of seduction, mystery, and otherworldliness. Which is exactly how we’ve come to see the Dracula character over the decades. 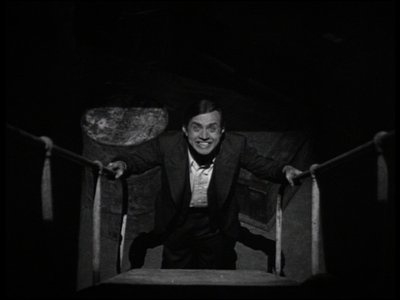 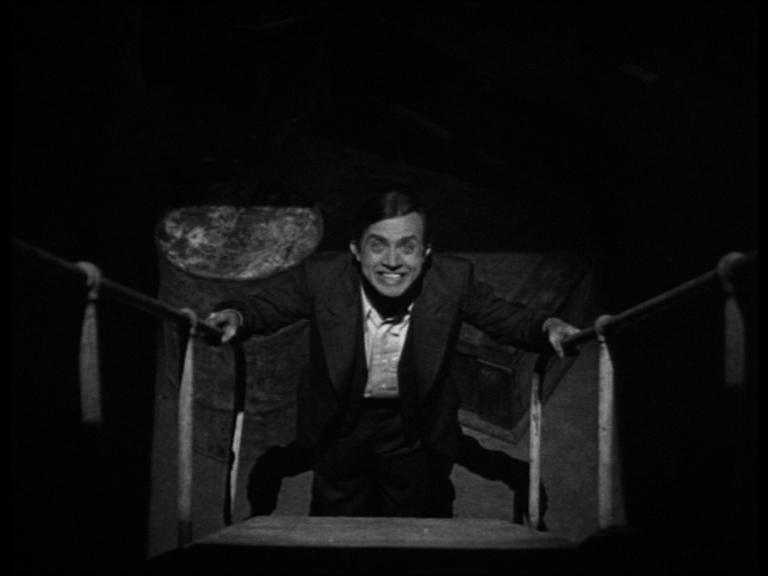 Main ingredient number two is cinematographer Karl Freund. Freund, who previously photographed such silent classics as “Metropolis” and “The Man Who Laughs” (and who went on to direct two of the best horror films of the 1930s, “The Mummy” and “Mad Love”), provides the film with its unforgettable atmosphere. His camera captures the creeping mist and dark shadows of Dracula’s castle, the chilling darkness of the boat to England, the terror of the sanitarium, and so on. And while his camera remains stationary for most of the film, it does get mobile for a handful of shots, some of the movie’s best, most notably that introductory shot of Dracula’s castle and the lonely coffins found within - it’s this shot that best sets up the cold, unnerving ambiance that is to follow. 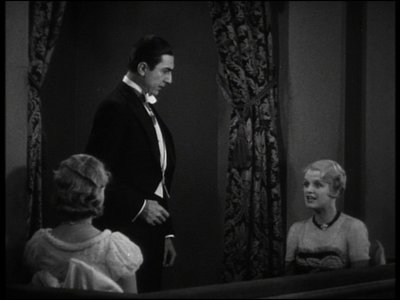 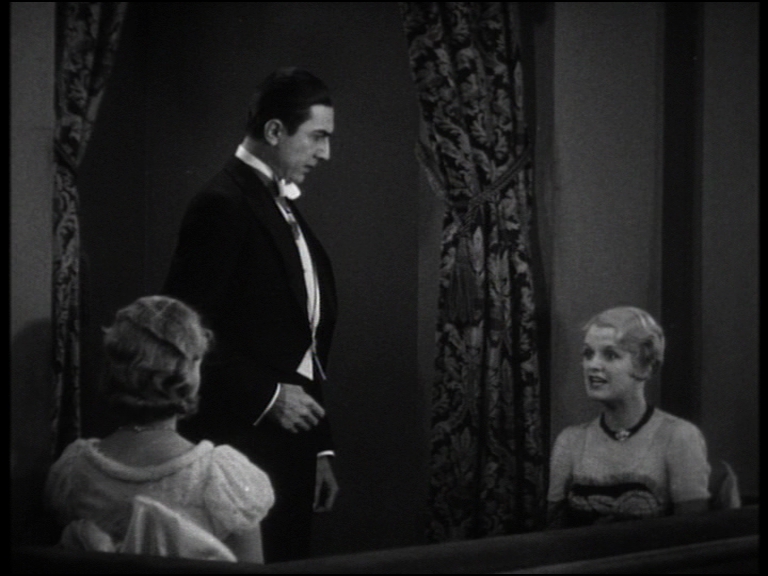 Side note: consider how we never see Dracula rise from his coffin. We see the coffins open, and in the next shot, Lugosi is simply there, standing, staring us down. The jump cut disturbs our logic, and by throwing us off, we’re set on edge. A simple storytelling device, and a highly effective one.

In fact, “Dracula” works almost entirely on deceptively simple filmmaking tricks; the most famous is perhaps the repeated shot of Dracula’s face that finds a bolt of light falling across his eyes. As if Lugosi’s stare was not hypnotizing enough, Freund lets the actor’s face sit in shadow, only his eyes peering out at the audience, a glance that shoots right through us and allows us to feel the power of his character’s gaze. 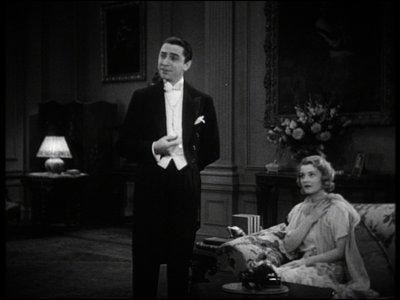 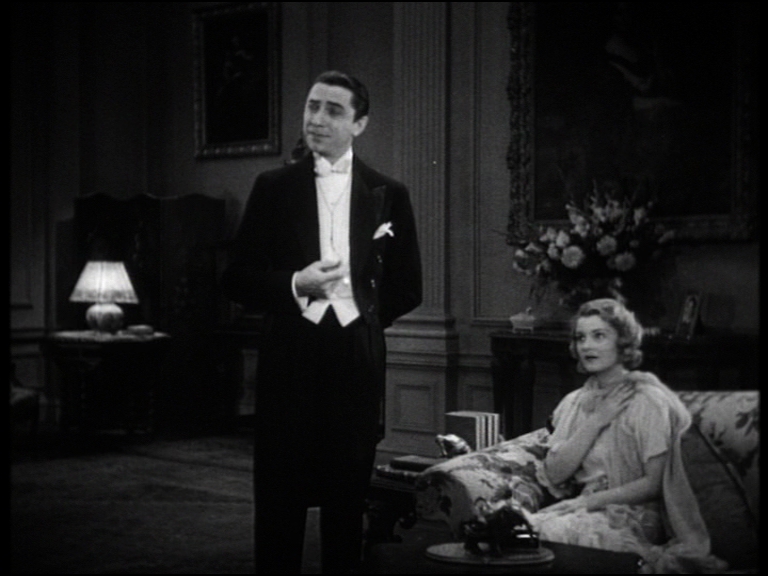 The final main ingredient in “Dracula” is director Tod Browning. The veteran filmmaker and longtime Lon Chaney collaborator (“London After Midnight” and “The Unholy Three” are among the pair’s most well-known works) brings to his third sound film an eye trained on years of silent moviemaking. While the script itself sticks closely to the stage-bound source material, which leaves the story as a series of one-room scenes, Browning elevates the material by allowing for an operatic look to the picture. Browning’s grandiose imagery is most effective in the early scenes, where Dracula’s castle (hats off also to Charles D. Hall’s art direction) allows for instant chills, but he also finds the right moments later on in the London scenes as well, such as the story’s visits with the demented Renfield (played by the outstanding Dwight Frye). And in the scenes that require little visual thrill (such as the interior scenes involving Dracula and Edward Van Sloane’s Van Helsing character), Browning finds the right tempo for his cast, working with the natural pacing of the stage play, letting the characters deliver their dialogue without feeling stagebound by the setting. Here is a director who finds so much with which to work in his material, and he uses every inch of it for maximum effect. 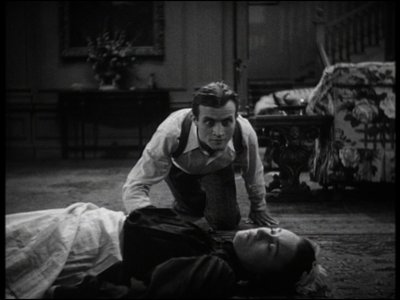 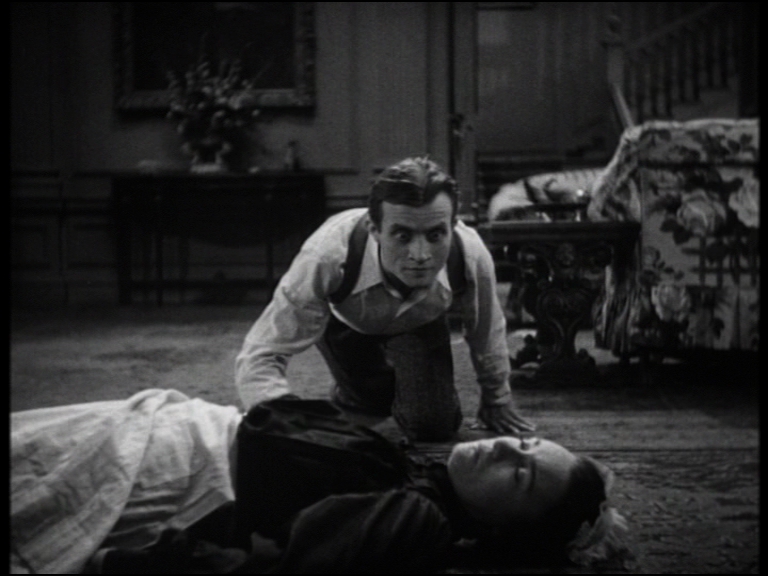 Adding to this effect is the choice, not an uncommon one in the early days of talkies, to present “Dracula” without a musical score. The only music found here comes during the credits (as well as during a concert scene); the rest of the film is filled only with cautious dialogue and the occasional sound effect. The result is eerie, the silence drawing the viewer in even more, always on edge. It’s as if the silence itself was a character in the film. Again, deceptively simple.

In 1999, Universal released a version of the film that featured a newly produced musical score from Philip Glass. While the score itself is a good one, putting music in Browning’s film actually takes away from the ethereal nature of the film. Universal’s DVD release of “Dracula” allows the viewer to pick from either soundtrack; I highly recommend going with the original. Leave the Glass score as a curiosity piece. 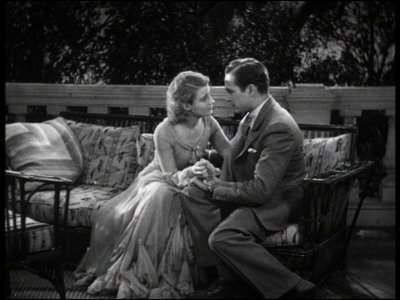 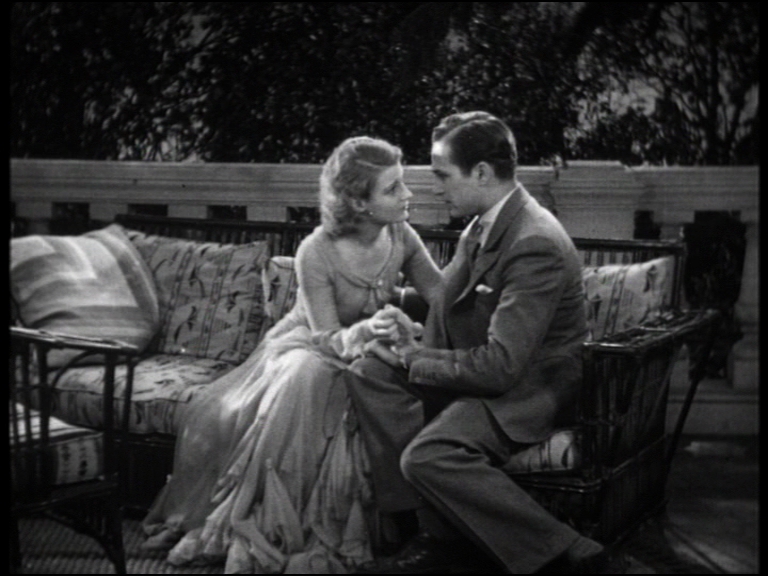 You may have noticed that I have not yet discussed the plot of “Dracula.” There are two reasons for this. First, most of you are already familiar with the story, if not in detail, then at least with the basics, and repeating such information would only waste time. Second, let’s face it, plot is not of major importance to “Dracula.” In this telling of the story, the plot is merely something to get us from one set piece to the next; it’s paper thin and presented almost as an afterthought. This is a film that is more concerned with mood, with style, with characters - how they act, not what they do. By story’s end, we’re interested in this strange battle of wits between the man of good and the creature of evil. We’re interested in the otherworldly sexiness (and the fear that comes with it) found in Dracula’s seduction of Mina (Helen Chandler). With “Dracula,” it doesn’t really matter how we get there. 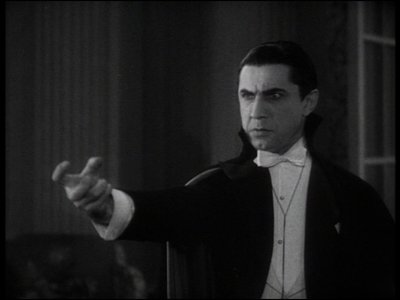 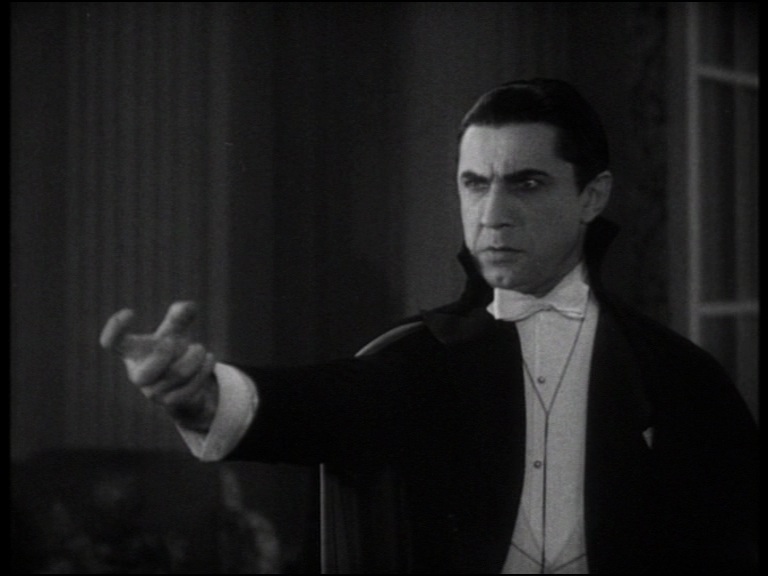 Modern audiences may have a hard time getting through “Dracula.” The pace is unlike anything found in today’s films, the horror is far more subtle, the entire tone is subdued, requiring more attention. And yes, I’ll admit to chuckling at the rubber bat technology when I first saw the movie years back. But once you get into the rhythms of the film, you’ll discover a masterpiece. Browning’s film was unlike anything that had ever come before it, and while it inspired many followers, the trio of Browning, Freund, and Lugosi keep “Dracula” from being unlike anything that’s come since. This is gothic chills at their finest, and one of the greatest horror pictures ever created.
eFilmCritic 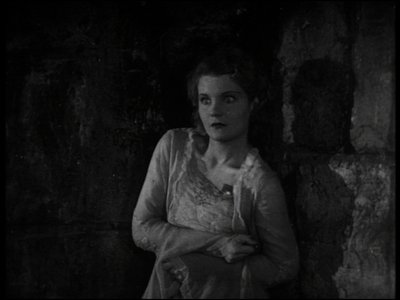 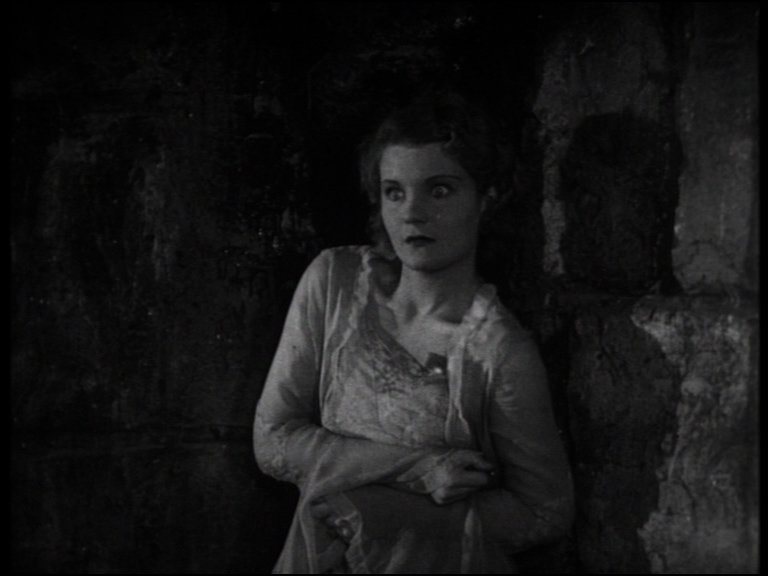