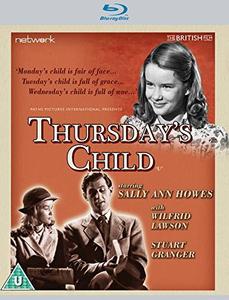 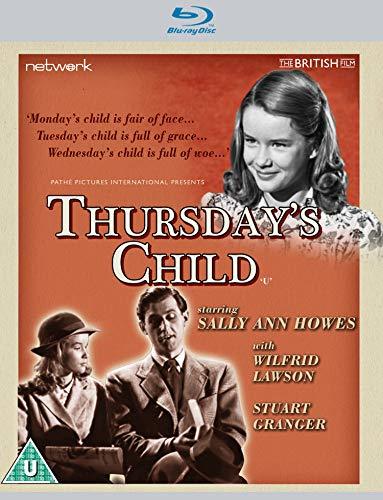 Thursday's Child (1943)
BDRip 720p | MKV | 992 x 720 | x264 @ 5606 Kbps | 1h 18mn | 3,28 Gb
Audio: English FLAC 2.0 @ 350 Kbps | Subtitles: English (idx/sub)
Genre: Drama | Director: Rodney Ackland
In her film debut, Sally Ann Howes plays a twelve-year-old, Fennis, who accompanies her ambitious sister to an audition only for the casting director to take a shine to her instead. As stardom beckons, Fennis’ relationship with her jealous sister becomes severely strained, but Fennis is so level-headed she doesn’t let the temptations of fame affect her.

One of the few films to portray a working British film industry during the Second World War, Thursday’s Child is a showcase for the astonishingly precocious talents of Howes, who carries the entire film despite being only 13 at the time of filming. Her tale mirrored that of Fennis’; she too auditioned for the part and was picked from over 200 applicants.