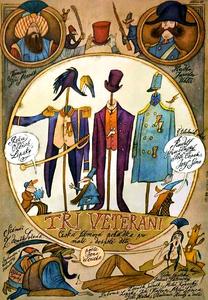 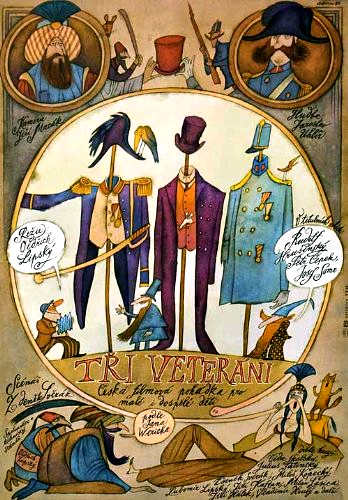 Three veterans are given magic artifacts by elves that can magically create gold, servants and any other object. They encounter greedy characters and one of them falls in love with a princess.

Bygone Charm, Silly Fun & Unabashed Satire… in other words, Monty Python a la Czechoslovakian with English sub-titles. It is also a no-brainer entertainment for the family where kids could watch it as a slap-stick frivolously fun fairy tale, which adults could do likewise, or take it as satirical of the east European historical context.

Also known as The Three Veterans, this movie was made in 1984, although it has the bygone look and innocence of a 1950s comedy, where the money is definitely incurred on costumes and sets with a good helping of eye pleasing outdoor shoots. The 'special effect' is nothing more than what a 1950s movie could muster, which in fact adds to the charm of it. Importantly, the cast seems to genuinely enjoy the silliness of it all.

Incidentally, one of the secondary cast members, Zdenek Sverák, eventually played the main character in the 1996 Oscar winning foreign movie, Kolya (which is also another excellent movie - a drama-comedy).

If you are into Terry Gilliam, then The Three Veterans is strongly recommended, and is additionally interesting given that it is fully an eastern European effort. Go get it!