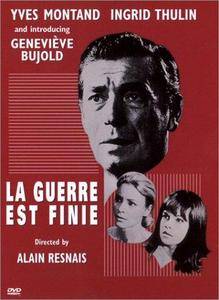 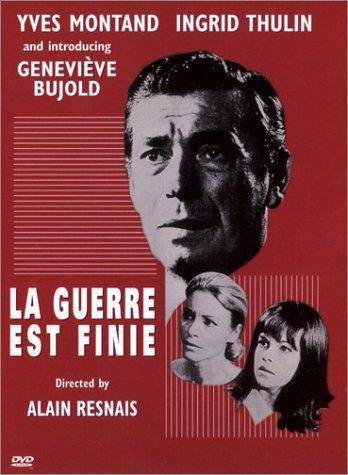 Diego is one of the chief of the spanish Communist Party. He is travelling back to Paris (where he lives) from a mission in Madrid. He is arrested at the border for an identity check but manages to go free thanks to Nadine, the daughter of the man whose passport is used by him. When he arrives in Paris, he starts searching one of his comrades, Juan, to prevent him from going to Madrid where he could be arrested by Franco's police…

Resnais really impressed me with this film. He uses real locations and finds subtle atmospheric things that almost never turn up in movies. One sees the way a shadow of a tree moves gently back and forth on the wall as two people relax in bed, the way a gust of wind briefly animates a woman's hair in a subway tunnel.

The movie successfully combines an account of resistance to Franco's Spain from an ex-patriot living in Paris (played by Montand), and his life outside of politics. We see not only his political views, but also how he feels about love and his own situation. Beautiful, brave and innovative, this movie also has some of the most passionate, yet restrained and overall fascinating love scenes that I have seen since Peter Sellers and Shirley Maclaine in 'Being There.'