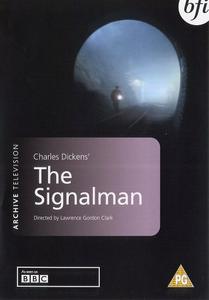 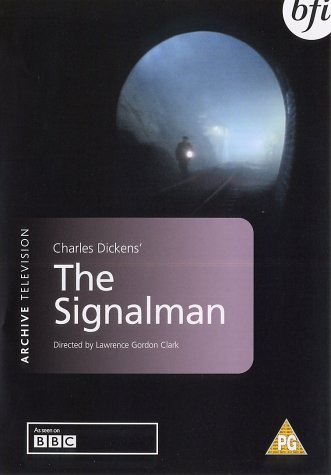 For this the sixth of the BBC's "A Ghost Story for Christmas" series we are presented with an adaptation of a Charles Dickens story rather than one by M.R. James. A traveler (Bernard Lloyd) sees a railway signalman (Denholm Elliott) in a lonely location. The signal box is situated between two steep sided hills close to the entrance to a tunnel. The traveler, shielding his eyes from the glare of the sun with one arm, waves to the signalman and cries out "Hallo, Below There". But he is puzzled when the railway worker not only does not reply to him but actually seems to be afraid of him. When the traveler reassures him that there is nothing to fear about him, the signalman welcomes the stranger into his signal box and begins to tell him a remarkable story.

One of the best in the Ghost Stories for Christmas adaptations (that should be revived!). Its best to watch this more than once as some of its subtlety can otherwise be missed. I wouldnt say it was the most terrifying thing Ive ever seen but it has its moments (didnt i close that door?) and there is a great sense of unease and dread from the outset.

More in My Blog
Download full movie The Signalman (1976)