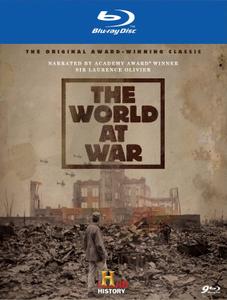 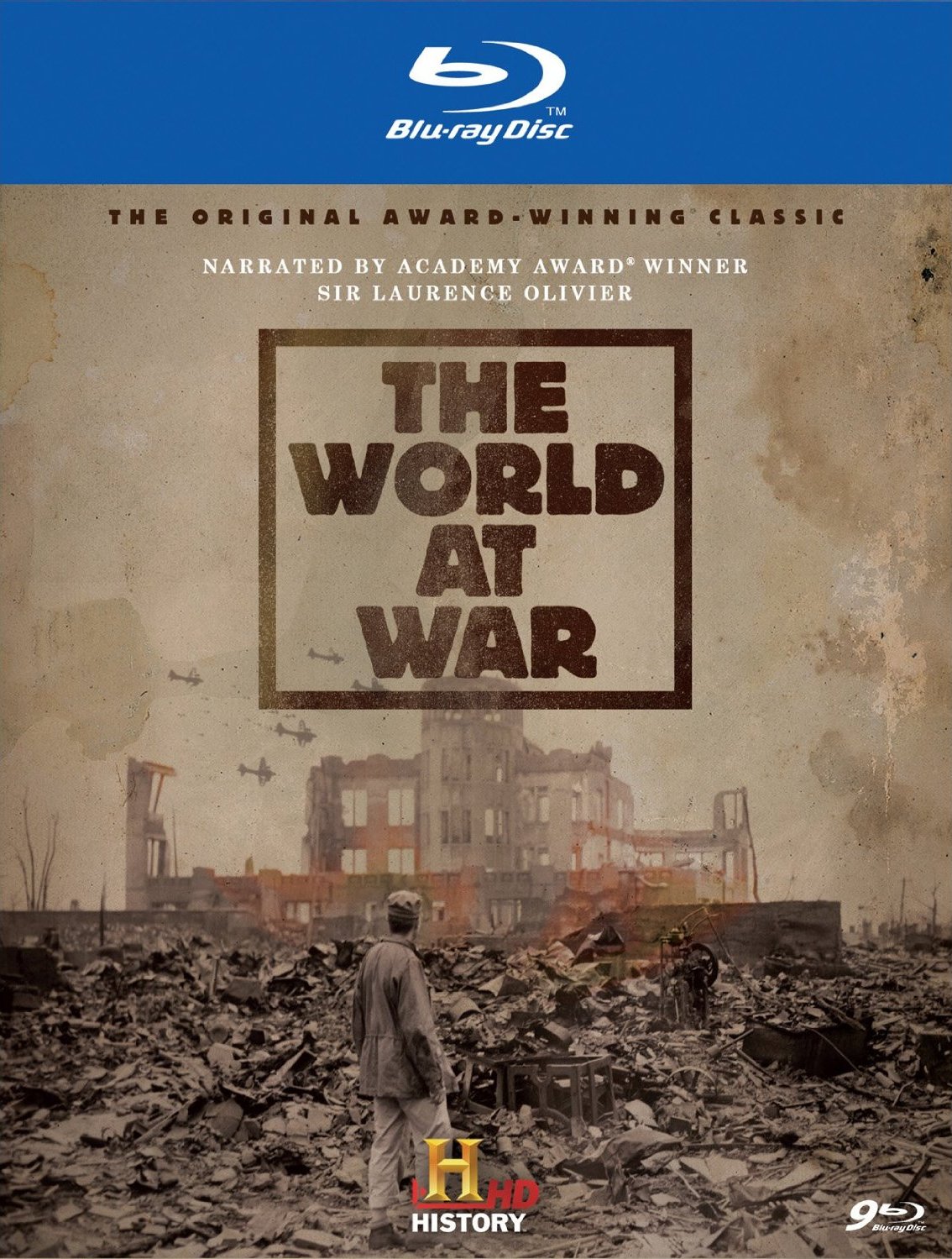 The World at War (1973–1976)
Blu-Ray | BDMV | 22 hr 32 min | 8 x 45 GB | 1920x1080 | AVC@19.5 Mb/s
English LPCM@1536 kb/s, 2 ch | English DTS-HD MA@ ~2150 kb/s, 6 ch
Subs: English (Forced)
Genre: Documentary | History | War
A multi-volumed documentary mini-series, "The World at War" covers the entire history of World War II from the causes of the 1920s to the aftermath of the Cold War in the 1950s. Emphasis is also placed on several inside story episodes, where events are covered which occurred inside Germany and Japan such as resistance to Hitler, life in general under a dictatorial regime, and particular emphasis is focused on the Jewish Holocaust.

1 "A New Germany (1933–1939)" October 31, 1973 (1973-10-31)
The gaining of power by the Nazis in Germany and German territorial gains prior to the outbreak of war. Interviewees include Ewald-Heinrich von Kleist-Schmenzin, Werner Pusch and Christabel Bielenberg.

2 "Distant War (September 1939 – May 1940)" November 7, 1973 (1973-11-07)
The German and Soviet invasions of Poland, the Winter War, the sinking of the Graf Spee and Britain's apathy during the "phony war" until Britain's defeat in its first military engagement with German land units in Norway, which resulted in the prime ministry of Winston Churchill. Interviewees include Lord Boothby, Lord Butler, Admiral Charles Woodhouse, Sir Martin Lindsay and Sir John "Jock" Colville.

4 "Alone (May 1940 – May 1941)" November 14, 1973 (1973-11-14)
The Battle of Britain, retreats in Greece, Crete and Tobruk, and life in Britain between the evacuation at Dunkirk and Operation Barbarossa. Interviewees include Anthony Eden, J.B. Priestley, Sir Max Aitken, Lieutenant General Adolf Galland and Sir John "Jock" Colville.

7 "On Our Way: U.S.A. (1939–1942)" December 12, 1973 (1973-12-12)
The opposition by various factions to the United States of America entry into the war, U-boat attacks on Atlantic convoys and America's gradiated responses, the mobilization of America after Pearl Harbor, the loss of the Philippines, the Doolittle Raid, Midway and Guadalcanal. Interviewees include John Kenneth Galbraith, John J. McCloy, Paul Samuelson, Isamu Noguchi, Richard Tregaskis and Vannevar Bush.

10 "Wolf Pack: U-Boats in the Atlantic (1939–1943)" January 9, 1974 (1974-01-09)
The submarine war emphasizing mainly the North Atlantic. Tracks the development of both the convoy system and German submarine strategy. Interviewees include Grand Admiral Karl Dönitz and Otto Kretschmer.

16 "Inside the Reich: Germany (1940–1944)" February 20, 1974 (1974-02-20)
German society and how it changes as its fortunes of war are reversed. Censorship and popular entertainment, the transformation of German industry, the recruitment of female and foreign labour, allied bombing, German dissent - including the 20 July plot, and the mobilisation of the Volkssturm towards the war's end. Interviewees include Albert Speer, Otto John, Traudl Junge, Richard Schulze-Kossens, and Otto Ernst Remer.

18 "Occupation: Holland (1940–1944)" March 13, 1974 (1974-03-13)
Emphasizes life in the Netherlands with German occupation, when citizens chose to resist, collaborate or remain passive. Interviewees include Louis de Jong (who also served as adviser for this episode) and Prince Bernhard of the Netherlands.

21 "Nemesis: Germany (February – May 1945)" April 3, 1974 (1974-04-03)
The final invasion of Germany by both the Western and Eastern allies, the denouement at Dresden, and the events in the Führerbunker. Interviewees include Albert Speer, Traudl Junge and Heinz Linge.

22 "Japan (1941–1945)" April 10, 1974 (1974-04-10)
Japan's society and culture during wartime, and how life is transformed as the country gradually becomes aware of increasingly catastrophic setbacks including the Doolittle raid, defeat at Midway, the death of Isoroku Yamamoto, the Battle of Saipan, Okinawa and the relentless bombing of Japanese cities.

23 "Pacific (February 1942 – July 1945)" April 17, 1974 (1974-04-17)
The successive and increasingly bloody land battles on tiny islands in the expansive Pacific, aimed towards the Japanese heartland. Following the bombing of Darwin, the over-extended Japanese are progressively turned back at Kokoda, Tarawa, Peleliu, the Philippines, Iwo Jima and finally Okinawa.

25 "Reckoning (April 1945)" May 1, 1974 (1974-05-01)
The situation in post-war Europe including the allied occupation of Germany, demobilisation, the Nuremberg Trials and the genesis of the Cold War. The episode concludes with summations about the ultimate costs and consequences of the war. Interviewees include Charles Bohlen, Stephen Ambrose, Lord Avon, Lord Mountbatten of Burma and Noble Frankland. 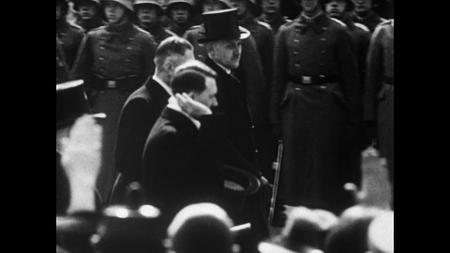 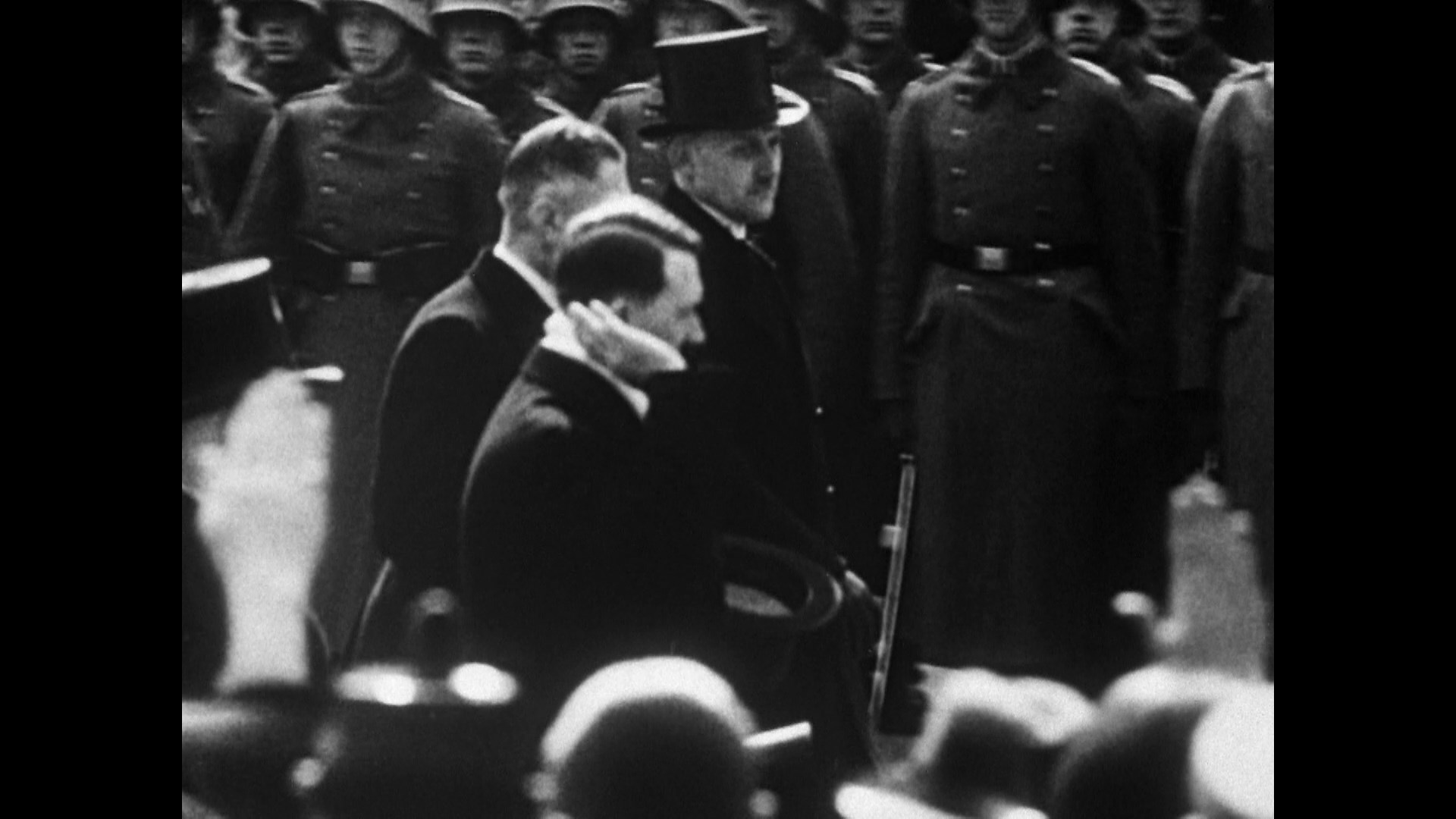 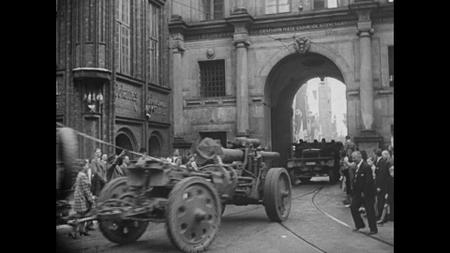 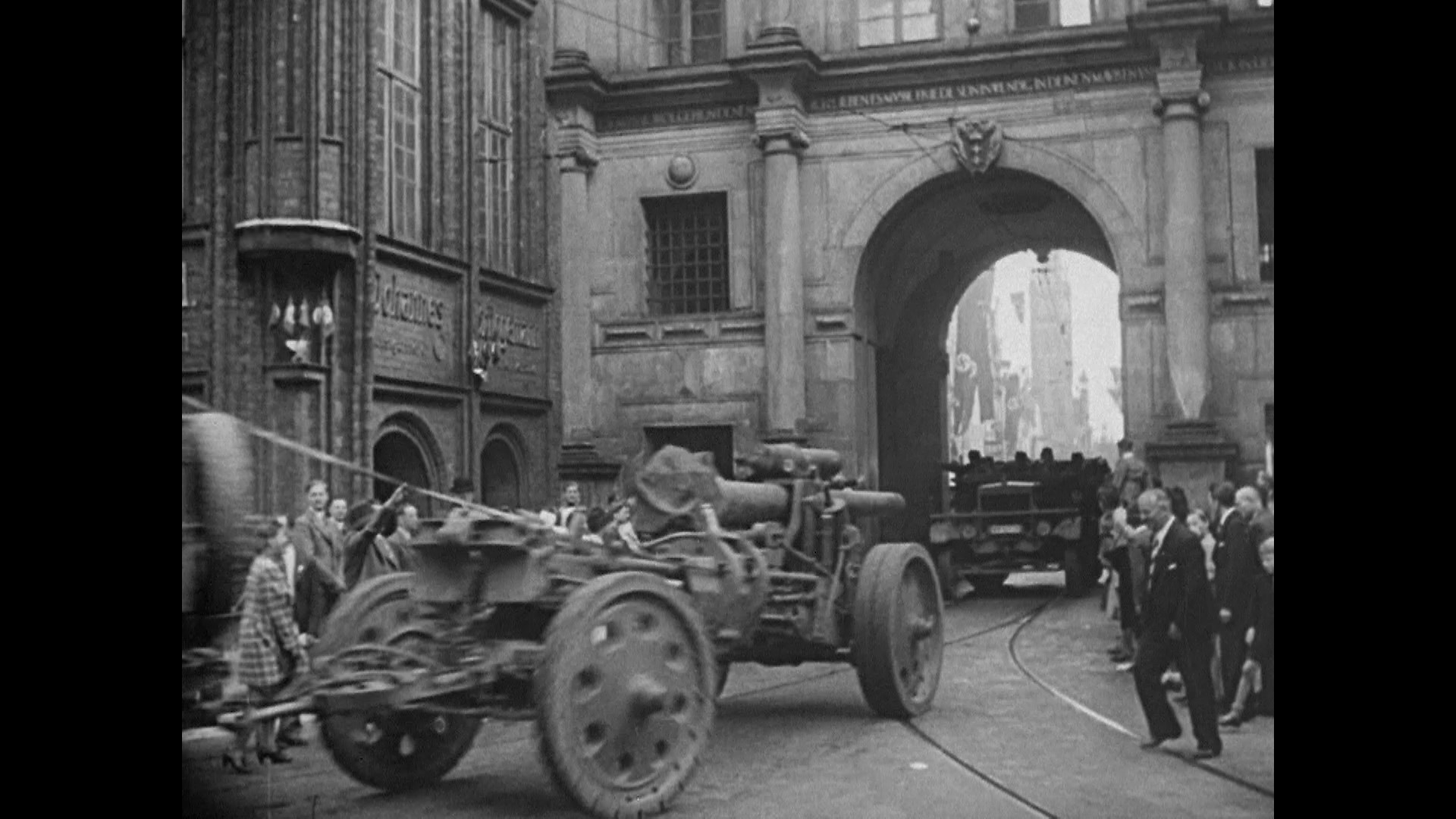 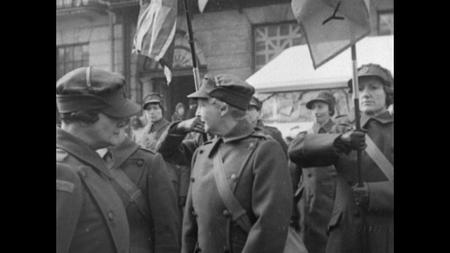 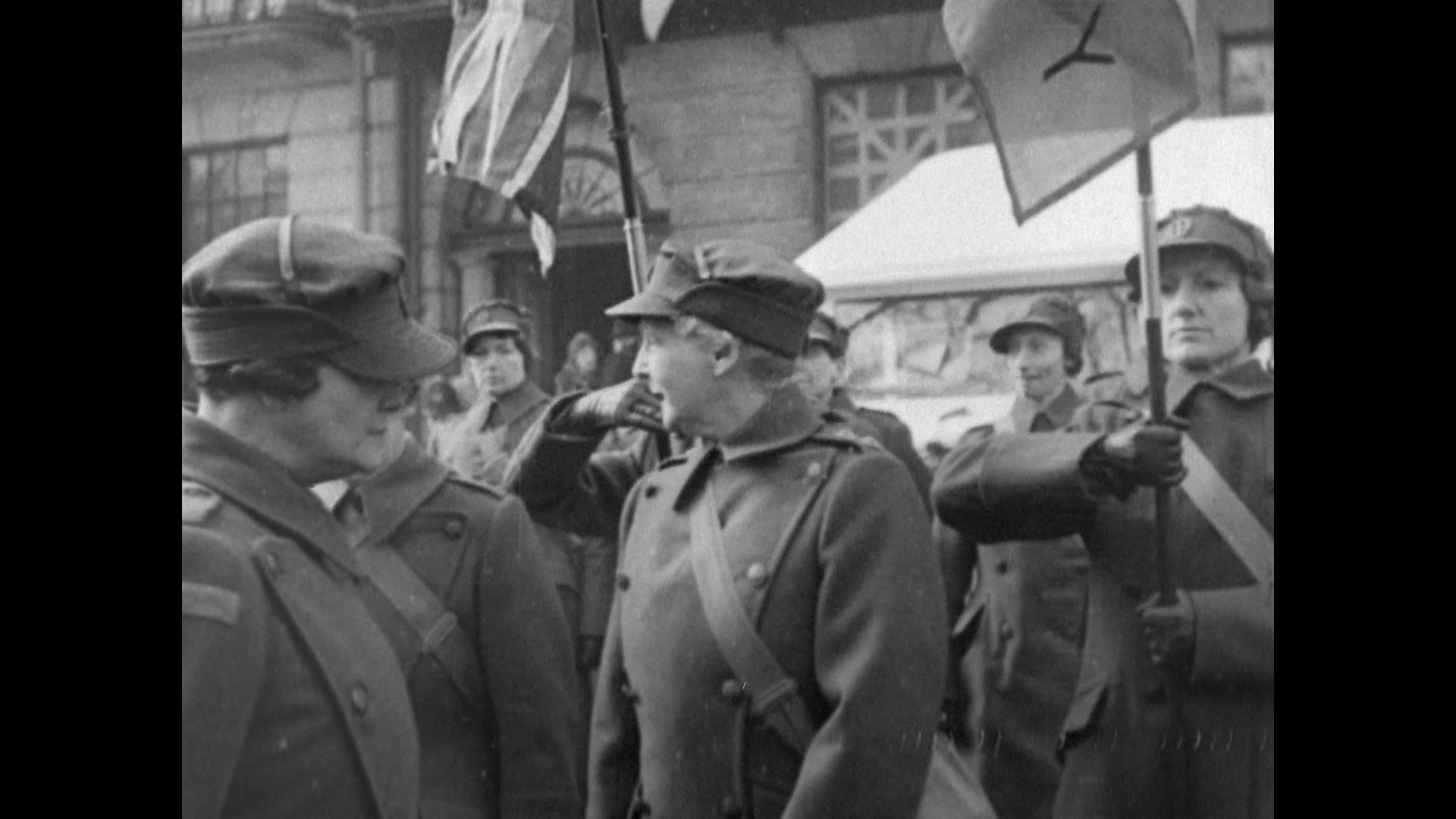 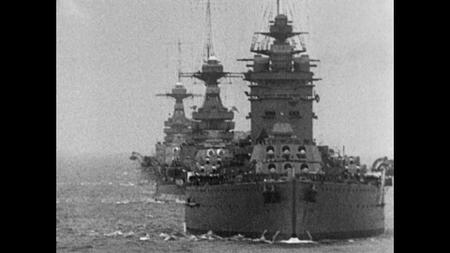 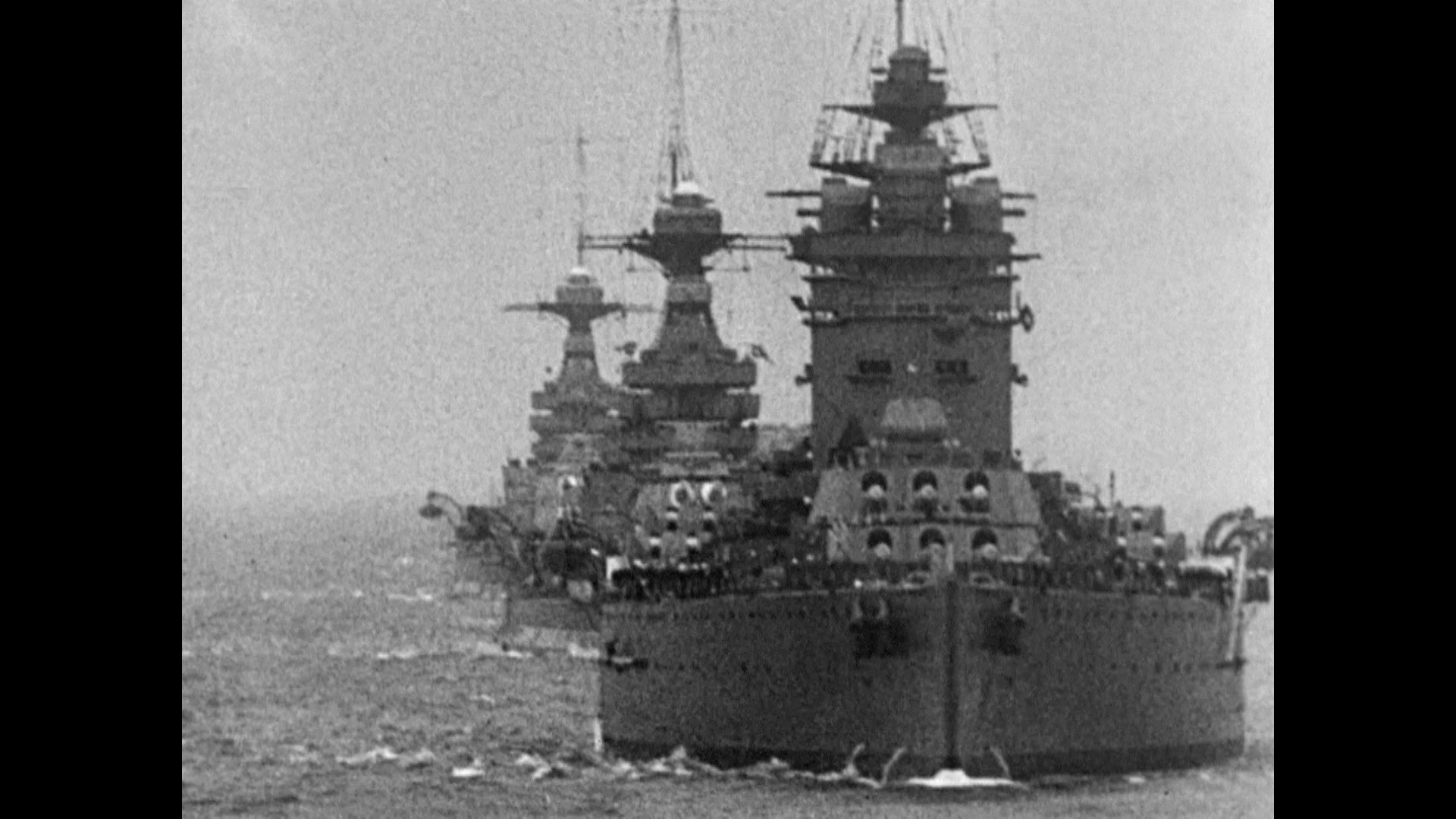 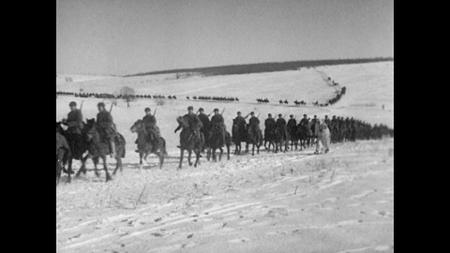 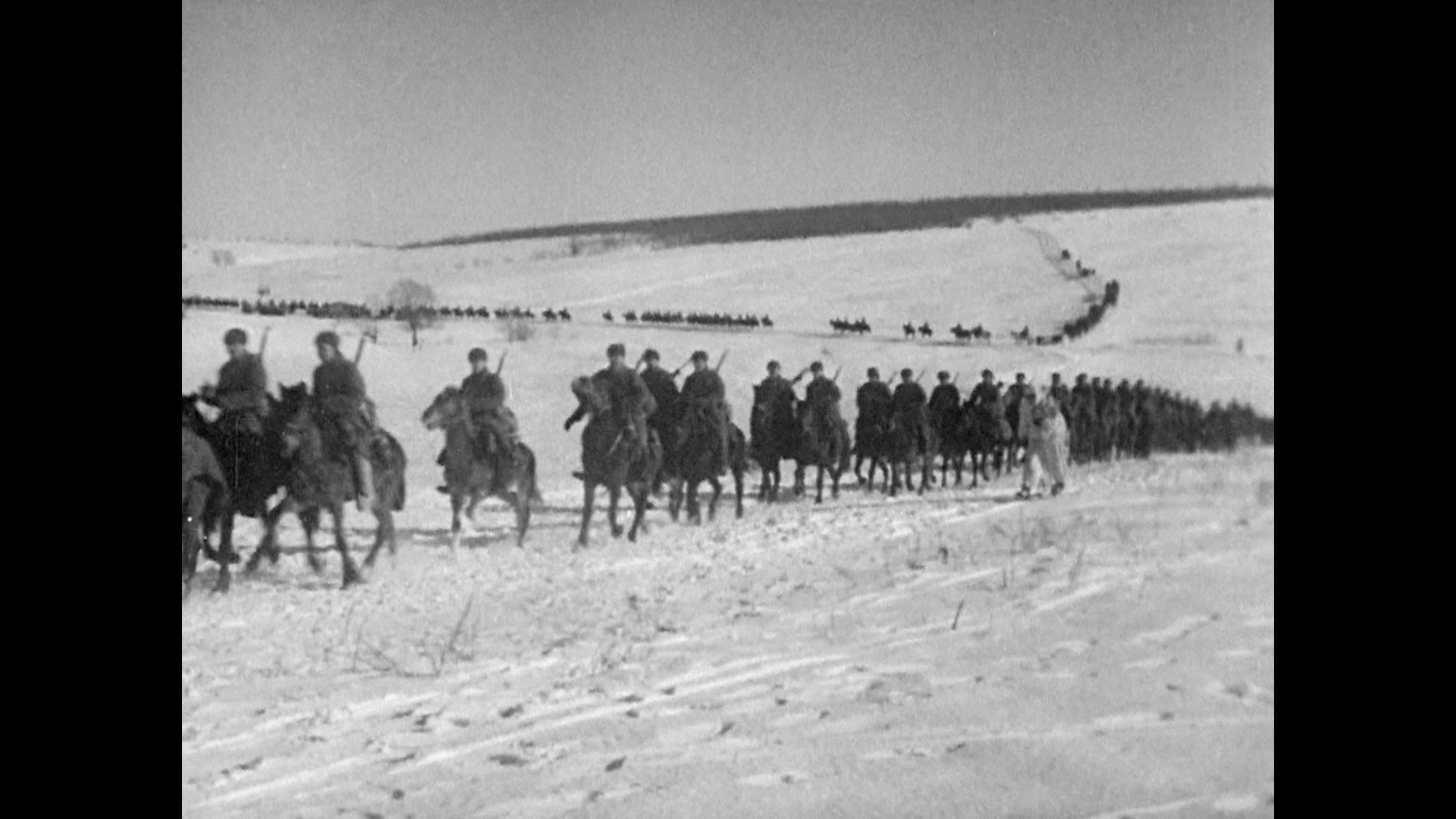 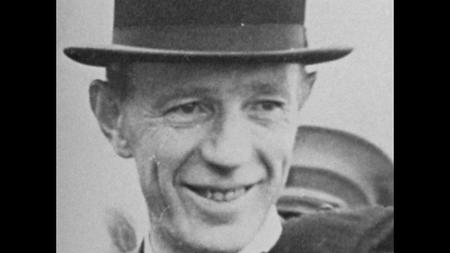 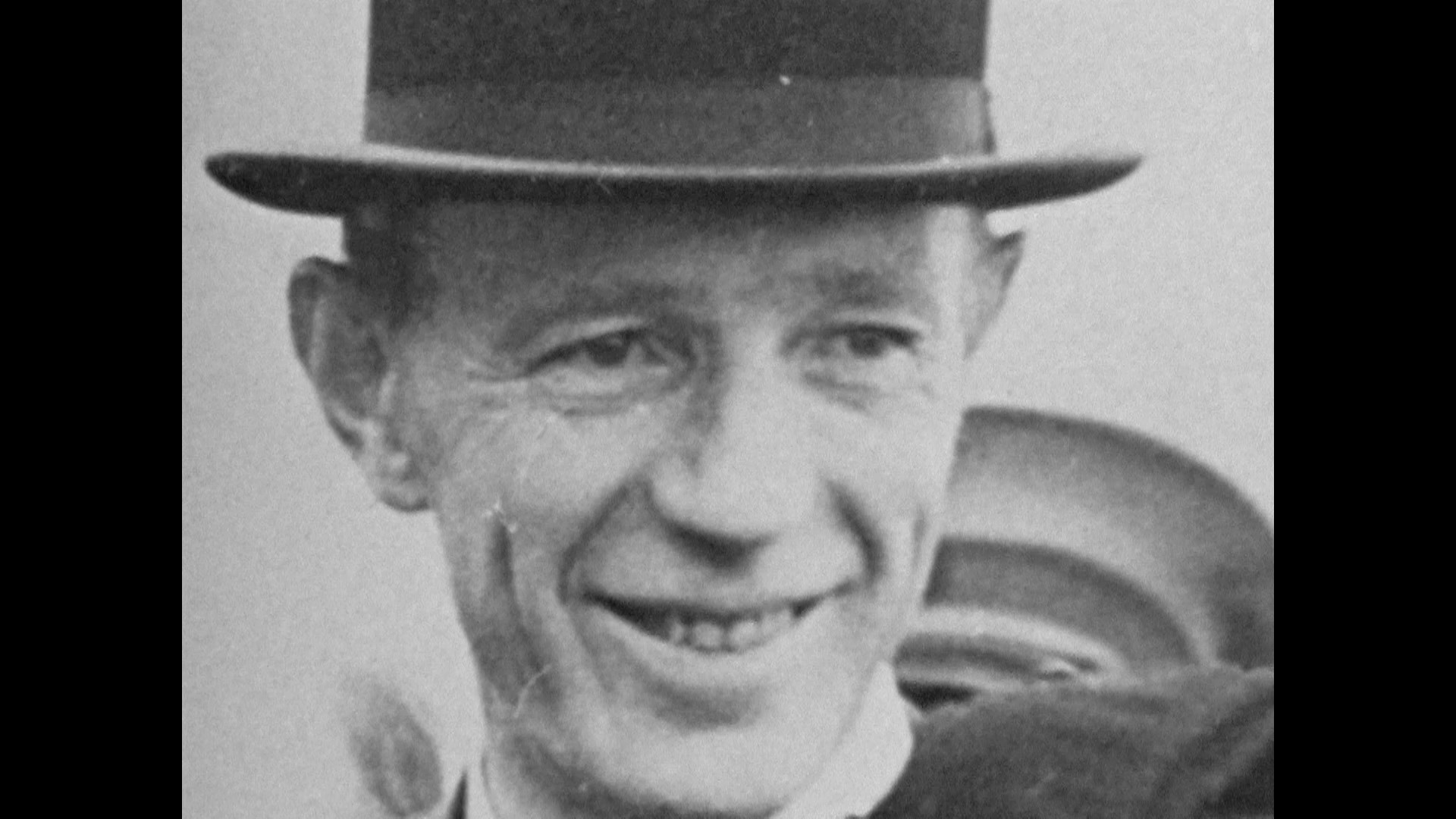 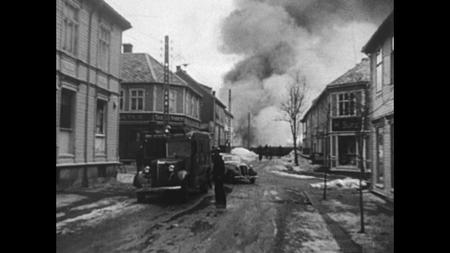 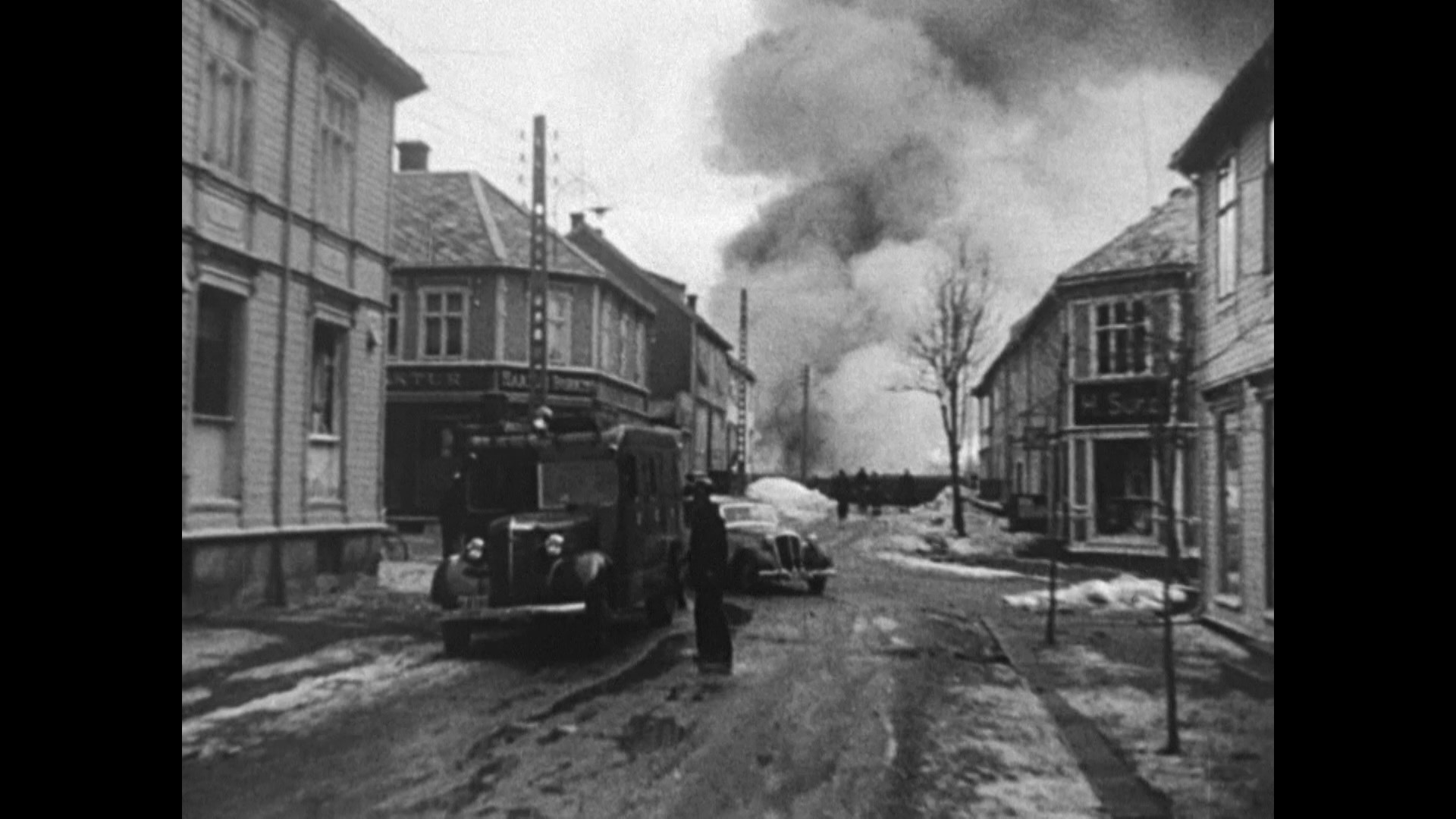 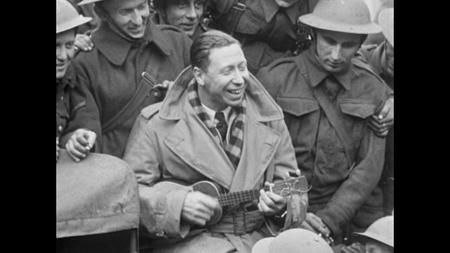 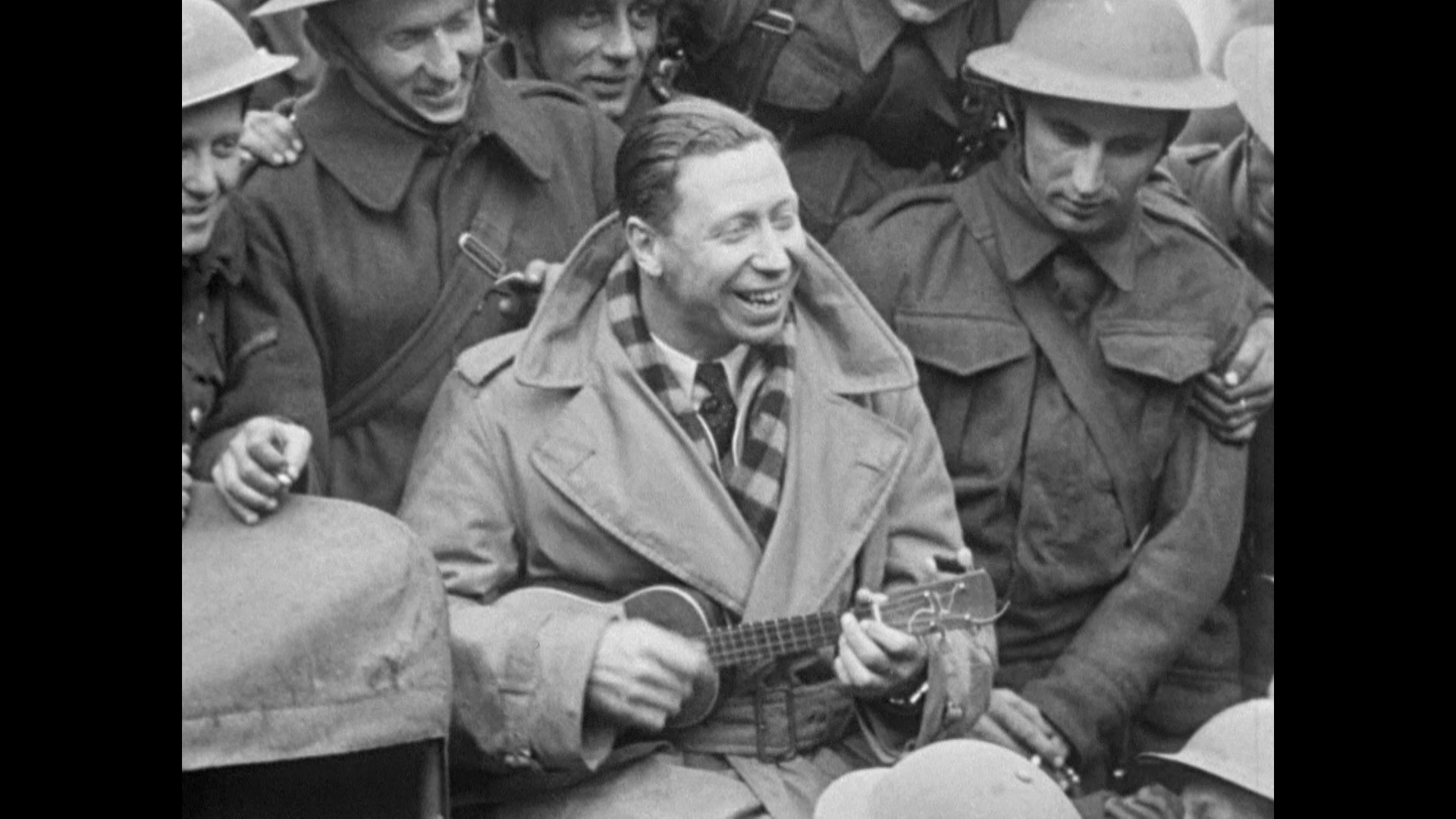