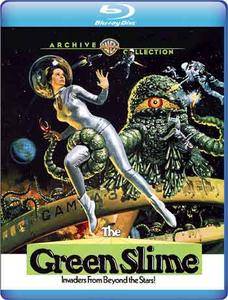 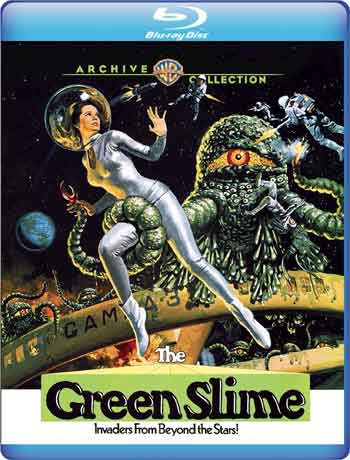 The Green Slime (1968) + Extras
BDRip 720p | 1h 30mn | 1280x720 | MKV AVC@2560Kbps 23.98fps | AC3@192Kbps 2CH 48KHz | 1.78 GiB
Language: English | Genre: Drama, Horror, Sci-Fi | Subtitles: English
A giant asteroid is heading toward Earth so some astronauts disembark from a nearby space station to blow it up. The mission is successful, and they return to the station unknowingly bringing back a gooey green substance that mutates into one-eyed tentacled monsters that feed off electricity. Soon the station is crawling with them, and people are being zapped left and right!