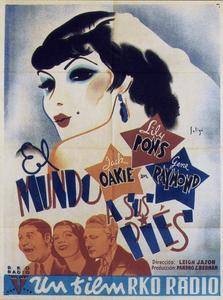 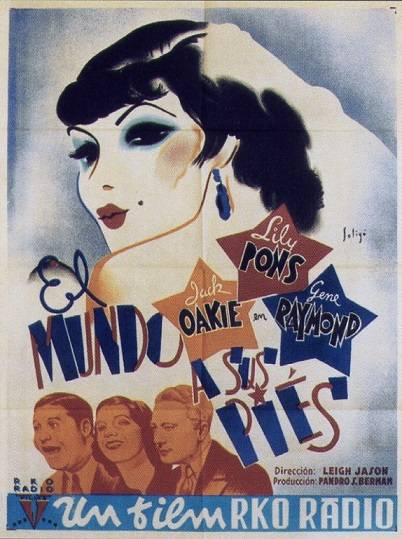 That Girl from Paris (1936)
DVDRip | MKV | 632 x 468 | x264 @ 970 Kbps | 103 min | 778 Mb
Audio: English AAC 1.0 @ 75 Kbps | Subs: English (embedded in MKV)
Genre: Comedy, Musical, Romance
Nikki Martin, a parisian opera star, takes off in search of adventure and true-love leaving her arranged husband to be at the alter. While hitchhiking, Nikki meets handsome American musician, Windy McLean and his band the 'McLean Wildcats'. Windy immediately spites her, but Nikki falls in love with him and follows him to New York by stowing away on the ship his on. The steward finds her hiding in Windy and the Wilcats room. She is locked up by authorities and Windy and the band are fired. When the ship reaches New York, Nikki escapes off the ship and finds out the Wilcats apartment. They demand her to leave, fearing being implicated but she refuses. Clair, Windy girlfriend shows up with Hammacher, and offers the band a low paying job at a roadhouse in another city. Anxious to depart, they accept. Nikki becomes the bands singer. Clair becomes jealous and reports her to the authorities, causing the band to flee again…