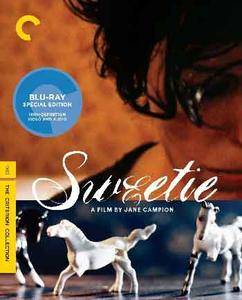 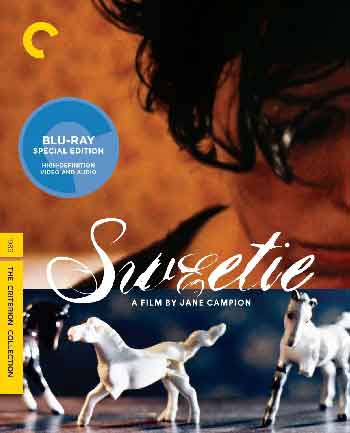 Sweetie (1989)
BDRip 1080p | 1h 39mn | 1920x1040 | MKV AVC@9465Kbps 23.98fps | DTS@1509Kbps 6CH 48KHz | 7.65 GiB
Language: English | Genre: Comedy, Drama | Subtitles: English
Based solely on a tea leaf reading, superstitious and introspective Kay believes she and Louis are destined to fall in love with each other, he who she is able to convince of the same despite he just having gotten engaged to her co-worker, Cheryl. That destiny may change with the fortunes of what she sees as the next symbol of their relationship, a somewhat sickly elder tree Louis plants in their garden for their one year anniversary. Their relationship is placed under a strain with the arrival of Kay's formerly institutionalized sister Dawn - nicknamed Sweetie - and Sweetie's current boyfriend, Bob, who Sweetie believes will help her get into show business. Kay's pleas to her father Gordon to help get Sweetie out of her house go largely ignored, as he has never judged Sweetie, who he still sees as his performing loving little girl. Gordon is facing his own issues as Kay and Sweetie's mother, Flo, has just left him on a trial separation, their issues largely stemming from his …