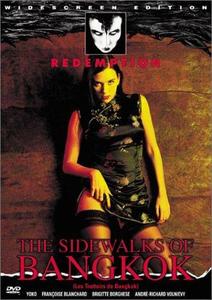 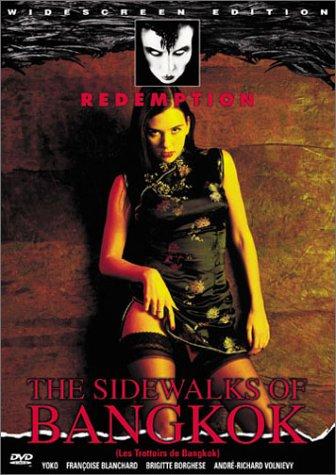 Quite an unusual movie for director Rollin: no vampires at all. Instead he presents a crime thriller that reminds me of Joe D'Amato's flicks with Laura Gemser. Partly this is owed to the setting at Bangkok (the movie was shot in France, though) where secret agent Rick disappears. Various secret services now try and obtain the MacGuffin (a chemical weapon) which Rick kept. He was last seen with Eva, a dancer from a nightclub, who might have received valuable information from Rick. Eva is chased all the way from Bangkok to Paris, captured, tortured, always on the run. Who shall find what became of Rick's secret?

This is a surprisingly speedy film, except for the lengthy and sometimes unnecessary dance scenes in the nightclub. Rollin fans who are used to his slowly unveiling style of "La rose de fer" and his love of the bizarre in "Le frisson des vampires", for example, are apparently not fond of "Les trottoirs de Bangkok", but everyone who likes sleazy low budget thrillers can give it a try. The director called it a "crazy cartoon" and named "The Mask of Fu Manchu" (1932) an important influence on this film (quoted from the book "Virgins + Vampires"). So don't take it too seriously. Yoko, an actress so obscure that even her last name is unknown, plays Eva which was her only main role in a feature film, but she is a great choice for this part of a vulnerable, hunted, innocent girl in trouble who can trust no-one.