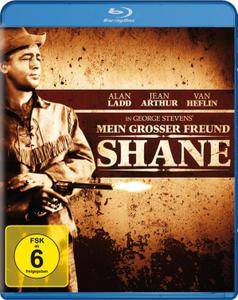 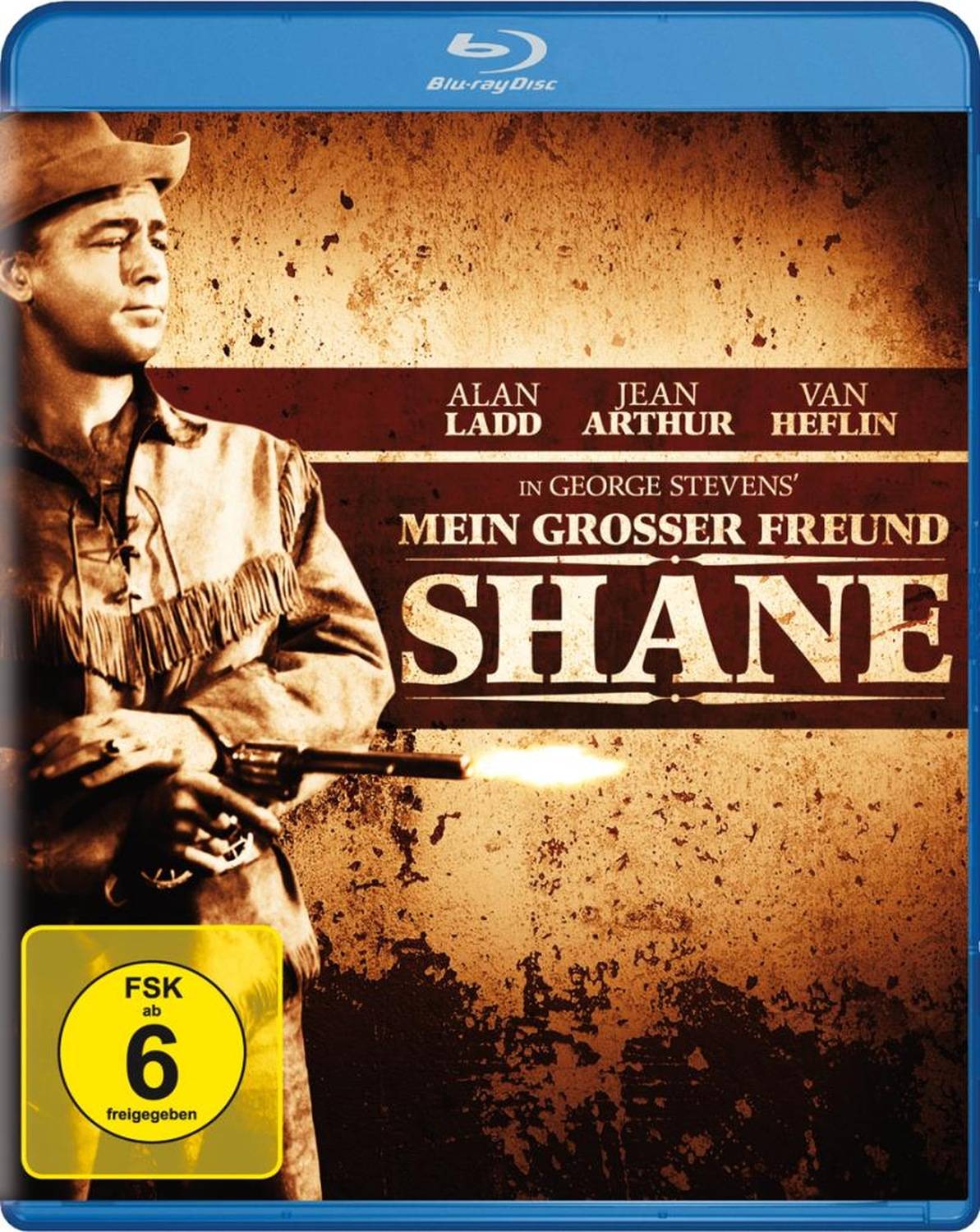 I am little biased in favor of "Shane" because I was awed with this a young boy in the theater so it has some sentimental value. It certainly doesn't have the impact it did back then, but it will always be considered by many as one of the great classics in film history, certainly regarding Westerns.

These classics, particularly the westerns, were good vehicles in promoting values and definite good vs. evil stories. The evil here is personified by Jack Palance. He doesn't have many lines but he doesn't need them. His body language in this film spoke volumes, and he was one scary dude. Even the dog gets up and moves when Palance moves! However, an unsung role (eighth billing in the credits) in here was the one by Emile Meyer, who played the real villain in here, "Ryker." (Palance was just called in at the end.) A young Ben Johnson plays a member of his gang.

Alan Ladd, meanwhile, is the hero, the man who comes to the aid of family man Van Helflin, his wife Jean Arthur and young son Brandon De Wilde. The kid, De Wilde, steals the film and made himself into a young star with his role here. Whether feverishly chewing on his candy while witnessing Ladd fighting the bad guys or his plaintiff cries for "Shane!" at the end of the film, he made a memorable impression.

The only overdone part - as seen in so many old-time westerns - is the amount of punches people took, blow after blow, when in real life they would have knocked unconscious right off the bat! But, that's part of the genre, I guess.

"Shane" was a forerunner of many of western that copied its successful formula. This movie was so famous that a lot of newborns were named "Shane" for awhile.

"Powerful" is another adjective that describes this film - back then and still now. Great stuff!