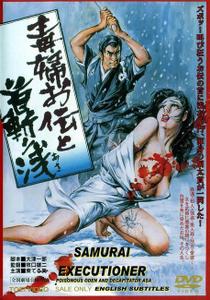 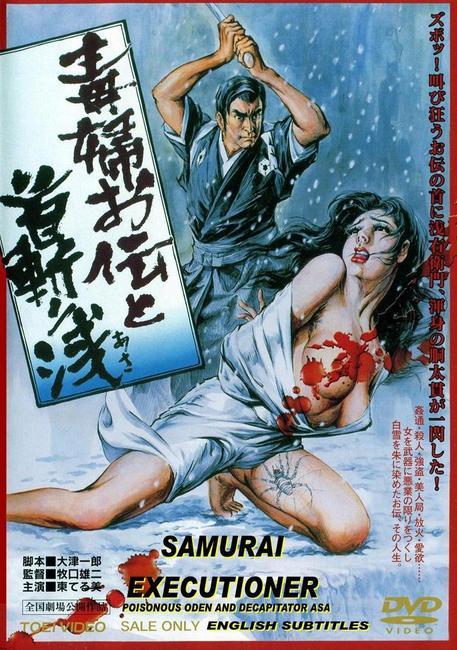 An unusual blending of elements comes together in this crime story drawn from Japanese history. During the early Meiji period a number of “Dokufu” (Poison Women) committed a significant number of murders. These crimes were most often committed by wives on their husbands in order to be together with their lovers. At that time women were executed in the same manner as men, to wit: by being decapitated. This is the story of the most notorious of all, Takahashi Oden who, in 1879, was the last woman executed by decapitation in Japan. The blending in this film was done by utilizing characteristics of a popular manga about the executioner known as Head-Chopper Asaemon (a hereditary post, all of whom had the same name) and giving him a history with Oden which surfaces on the execution grounds when her hood is removed and they see each other. This particular story has been used both in the “Samurai Executioner” manga as the second Volume: “Yoshitsugu-Yamada Asaemon the Third” and in history books, most notably Hillsborough’s “Samurai Sketches.” 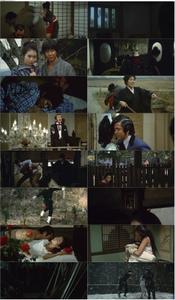 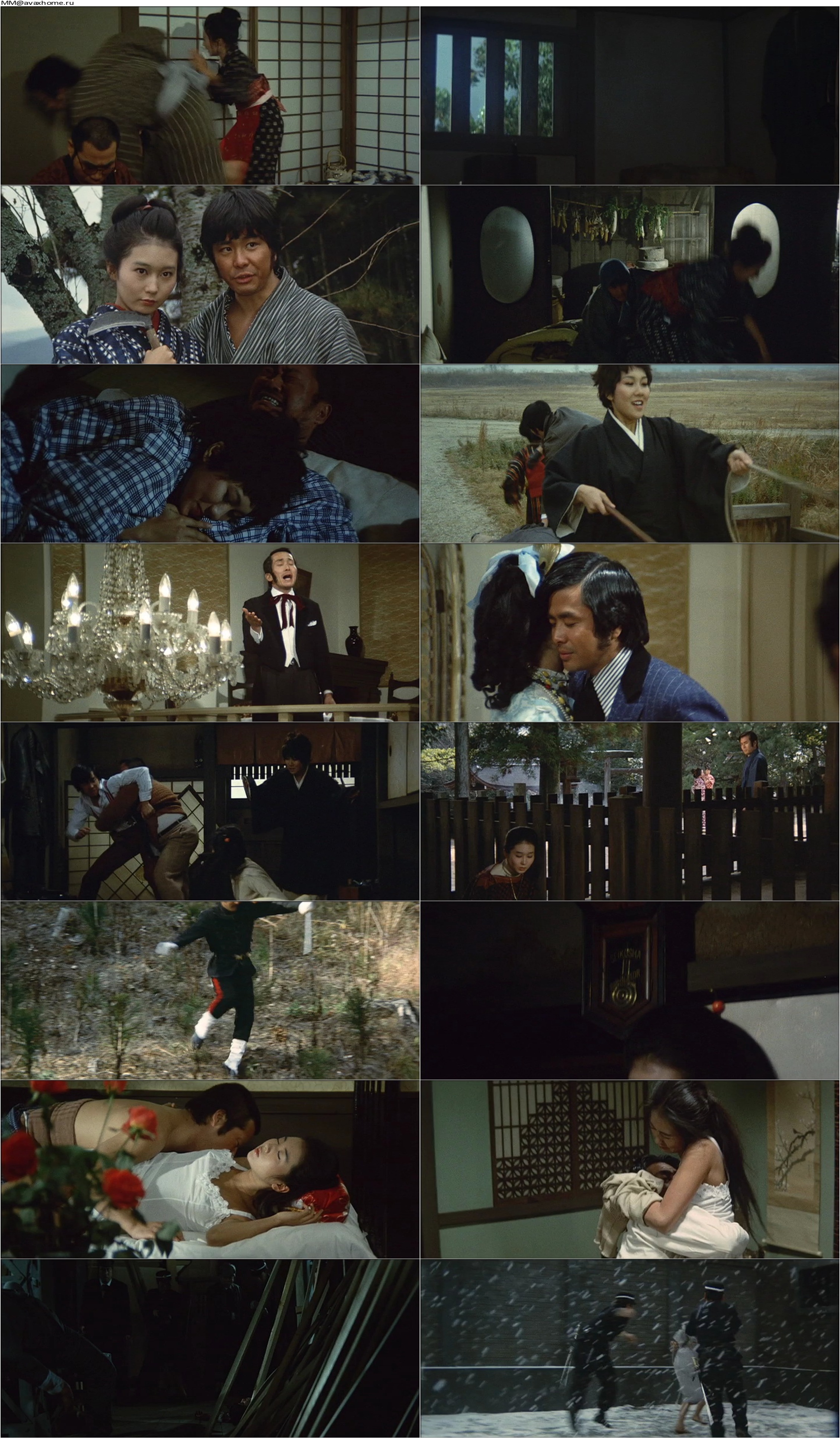