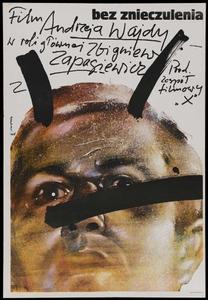 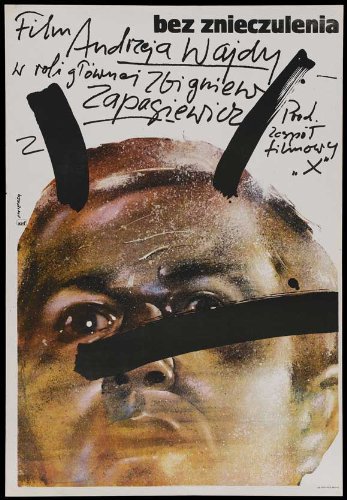 A famous Polish journalist presents a problem for the powers-that-be when he displays his full political skill and knowledge on a television show featuring questions and answers on a world conference by a panel of journalists. His enemies take away his privileges when he is away. The shock of being "unwanted" parallels a deeper disappointment in his private life: his wife has an affair with a jealous young rival, and after 15 years of marriage and two daughters wants a divorce. She offers no explanations as he tries to untie these problems himself. All the moves he makes are the wrong ones. He takes on drinking heavily with students eager to attend his seminar after discovering the class has been canceled. The journalist, once suave and commanding is reduced to silence.

When I was growing up in Poland Wajda was always the most boring director for me, still remember when he made "Pan Tadeusz" my whole school went to cinema to see it, and it was so boring for all of us. Then I grow up a little, and found that my new favorite directors are Kubrick, Tarkovsky, Wells and then they give Wajda a honorary Oscar for five decades of extraordinary film direction in 2000, and I started to wonder, why, then i watch "Kanal", "Popiol i diament", "Czlowiek z marmuru" and i knew it why because he is powerful director. There were few weaker movies like "Pokolenie" or "Lotna" but majority of his movies are grand and timeless. I think "Bez znieczulenia" is one of the best movie by Wajda. Its story about man who got everything fame, family, respect and love and in just one second his wife want divorce, and at work there is waiting for a man slow degradation. Its story showing communism in Poland from the worst side a place where dabblers are winners, where when the suck starts it ends at Kafka notes. I was shocked how up to date the story is even now in democratic Poland. The screenplay is great co-written with Agnieszka Holland i bet it shows a lot of real life situation, because the power on screen match perfectly the one scene when the lead character has his teeth pulled "sin anestesia", and the whole movie is a much powerful, and painful as this one scene. There is great acting especially by Zbigniew Zapasiewicz, but whole cast is just perfect from Seweryn and Dalkowska to the small creepy parts of Stuhr, Kaczor or Wilhelmi. Sadly this powerful movie is forgotten in Poland, but for me its the most important Polish movie, and so up-to-date that its almost scary. Must-See.