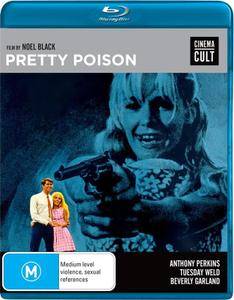 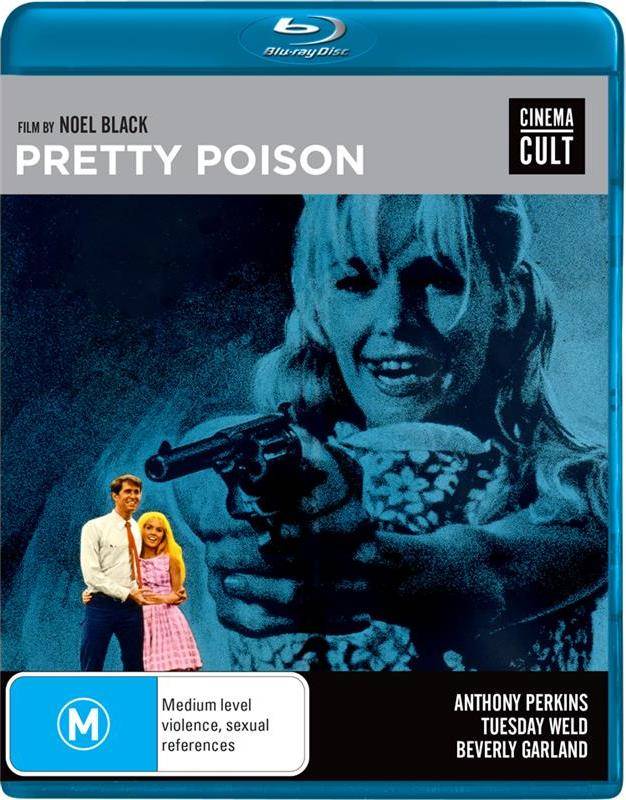 Pretty Poison (1968)
BDRip 720p | MKV | 1280 x 688 | x264 @ 6257 Kbps | 1h 29min | 4,36 Gb
Audio: English FLAC 2.0 @ 738 Kbps | Subtitles: None
Genre: Thriller, Crime, Romance | Director: Noel Black
A formerly institutionalized young man (Anthony Perkins) meets up with a cute, sexy high school cheerleader (Tuesday Weld) and pretends to be a CIA agent to get her interested in him while she responds to his fantasy all too willingly. This, combined with her adult craving for sensual excitement, adds up to a potentially explosive pairing indeed. And explode it does.

This criminally neglected film has a lot going for it, and is certainly well worth tracking down! The comparisons to the Alfred Hitchcock classic 'Psycho' are obvious due to the fact that the film stars Norman Bates actor Anthony Perkins in another off-centre performance, but other than that; Pretty Poison is a law unto itself, and not quite like any other film that I've seen. The first thing that struck me about this film was the cinematography; the film somehow manages to look old and dated, yet beautiful at the same time. The fact that it's set in a serene little town does it some favours also, but it's the plot that is the biggest standout here. Anthony Perkins is Dennis Pitt; a mentally disturbed man who is given a job in a lumber yard. He soon bumps into the beautiful Sue Ann Stepanek, and she learns that he is a CIA operative, working undercover and has chosen her to be his 'partner'. However, that is not really the case at all as Pitt lives in his own little fantasy world, and after the pair slip up with a murder, they find themselves under suspicion.

Anthony Perkins may not be the most diverse actor ever to grace the silver screen; but he certainly plays the disturbed young man well! Here, he has the beautiful Tuesday Weld as his co-star, and the two performances compliment each other excellently, as the pair have a great on-screen chemistry, and the plot is always interesting enough to ensure that the film succeeds. It has to be said that Pretty Poison has something of a low scope where plot and plotting are concerned; but this isn't a problem as the modest way that the film pans out is good in that it's interesting and also rather intimate, so the film feels more realistic. The film is excellently paced, and there aren't any moments where nothing is really happening. At just eighty five minutes, Pretty Poison still manages to get its story and character profiles across in a way that is interesting and exciting. The conclusion to the main plot line is good and something of a shock, while the ending itself is predictable, but still works well. Overall, Pretty Poison gets my HIGHEST recommendations and I hope this one doesn't stay buried for too much longer!