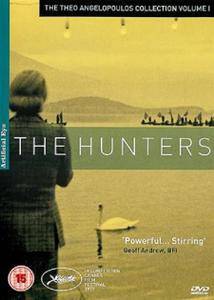 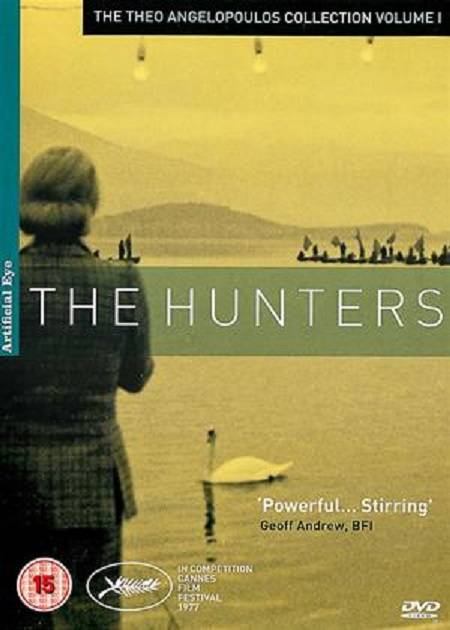 It is New Year's Eve. 1976. On a Greek island a party of bourgeois hunters comes upon a body, buried in the snow and miraculously preserved by the cold. By his uniform, he appears to be one of the thousands of partisans killed during the civil war and the hunting party, a group of the ruling elite, must now decide what to do with the body. When they disinter it, blood begins to flow from the wounds in the partisan's body and they carry it back to the lodge where the inquest begins.

The film becomes a biting commentary, an extraordinary allegory for the persistence of guilt in which Greece's post-war Right is placed symbolically on trial in a series of tableaux in which the hunters are faced with their re-created sins. Merging poetic metaphor and historic reconstruction each member of the hunting party views the body on the makeshift bier: the colonel and his wife, the businessman, the ex-prefect of police, now a publisher, the ex-partisan who is now a wealthy contractor, the politician, the film actress who collaborated with the Nazis, the royalist noblewoman - all are forced to give an account of their actions since the civil war. Finally, they dream their own execution by partisans but awake to find it was but a collective nightmare provoked by the dead body of the partisan. In the gray dawn they rebury the corpse and with it, hopefully, their own guilt.

A striking, powerful follow up and companion piece to the epic 4 hour "The Traveling Players", Angelopolous further refines his complex visual style, jumping backwards and forwards in time, often, remarkably all in the same shot. (There are several very long takes here that are simply astounding, tracking us right out of the 1970s into the1960s and then the 1940s and back again).

A group of hunters in 1977 find a communist revolutionary, dressed in period clothing, freshly shot to death in the snow. But how can this be? All the Communists were executed or exiled back in 1949.

The subsequent surreal exploration of the past and present – of each character and of Greece itself – is a challenging statement on guilt, denial, moral confusion and self- deception.

This may be the best of all Andropolous' films at making multiple time periods dance together in the same scenes, often in the same shot, sometimes in the same frame (!). He uses cinema in a unique way to examine how the past shapes the present, and how we in the present re-shape the past in our memories.

And while this is all quite serious, the film also has a bleak sense of humor that shows its head now and again.

A difficult, but tremendously rewarding film.