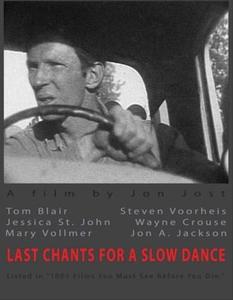 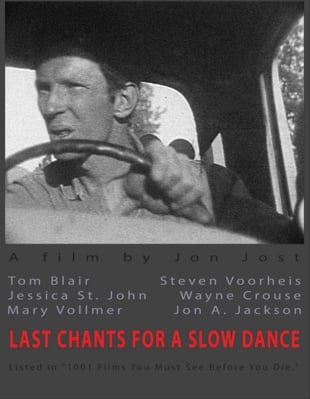 This film follows an antisocial working-class husband and father struggling to find work in the Midwest. As the film progresses, it seems that he has little actual interest in supporting his family and spends his time hanging out in bars and having one-night stands.

LAST CHANTS is a fine introduction to Jost's work, because, really, the films that follow aren't much different (at least, those with Tom Blair in them: SURE FIRE and THE BED YOU SLEEP IN.) Basically, they all follow a man who drives a pickup truck and has questionable morals, though Tom's character in BED isn't the same sort of character we see here and in SURE FIRE. But the men are usually failing in their business (a wacko get-rich-quick tourist scheme in SURE FIRE and a lumber company in BED) and later turn to violence. So the films seem formulaic at times, but it's Jost's exclusive formula, and it works. Here, though, there's a lack of the visual splendor that Jost injects in his later films, which is understandable. Anyway, LAST CHANTS is certainly worth a look, and it's a fine introduction into the work of this great, virtually unknown filmmaker. 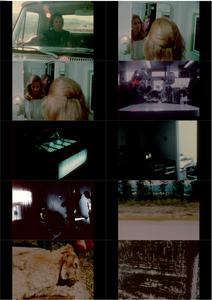 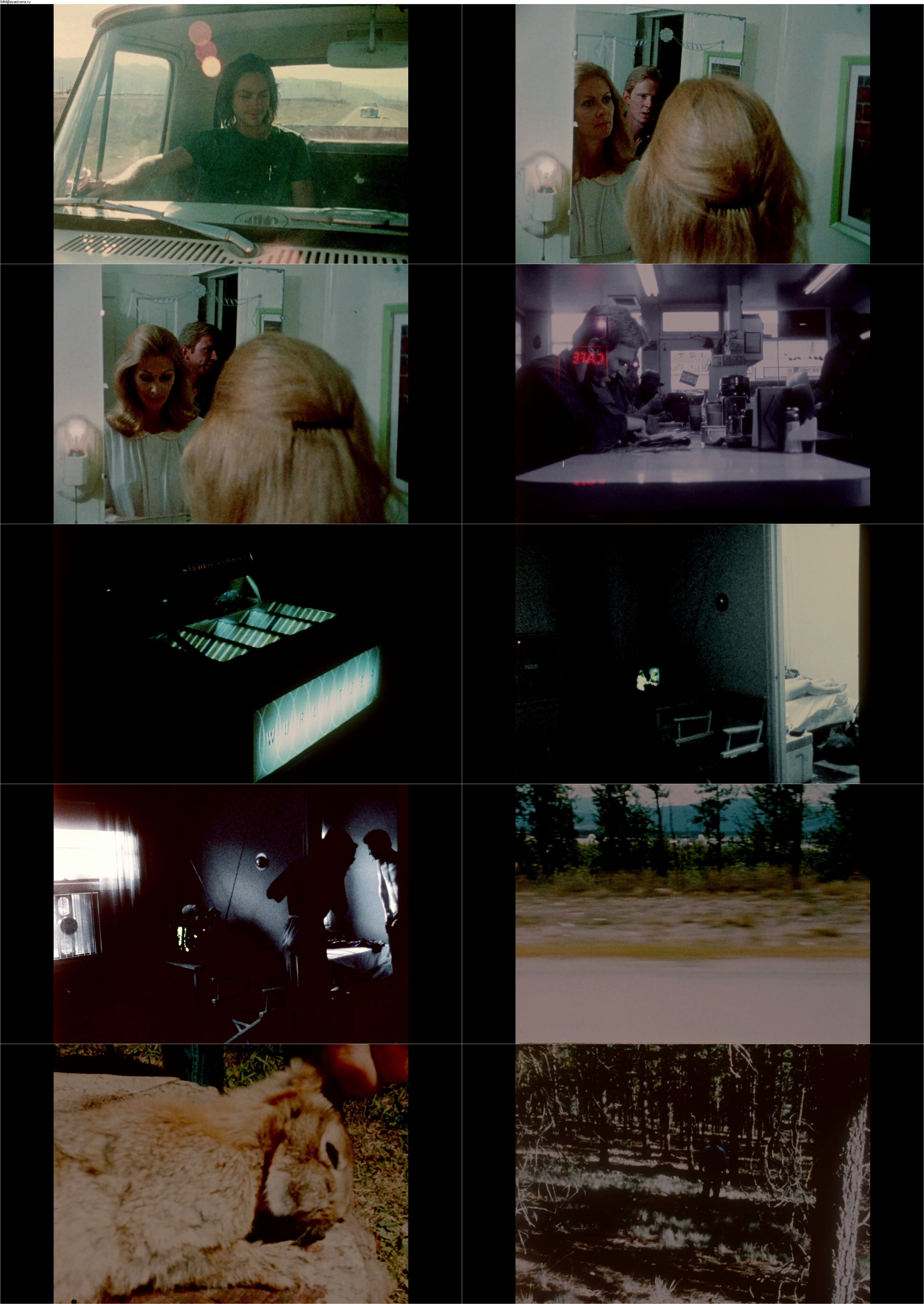