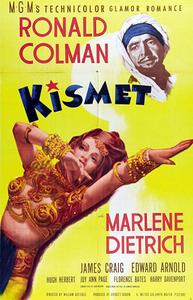 In ancient Baghdad, penniless beggar Hafiz (Ronald Colman) dotes on his beautiful daughter, Marsinah (Joy Page), at home and adopts the dashing and wealthy persona of the Prince of Hassir on the streets. While wooing the glamorous Lady Jamilla (Marlene Dietrich), wife of the Grand Vizier (Edward Arnold), Hafiz accidentally sets in motion a battle between the treacherous Vizier and the rakish Caliph (James Craig) for his daughter's hand in marriage, in the process exposing each man's secrets.