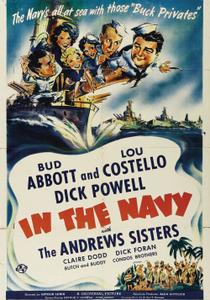 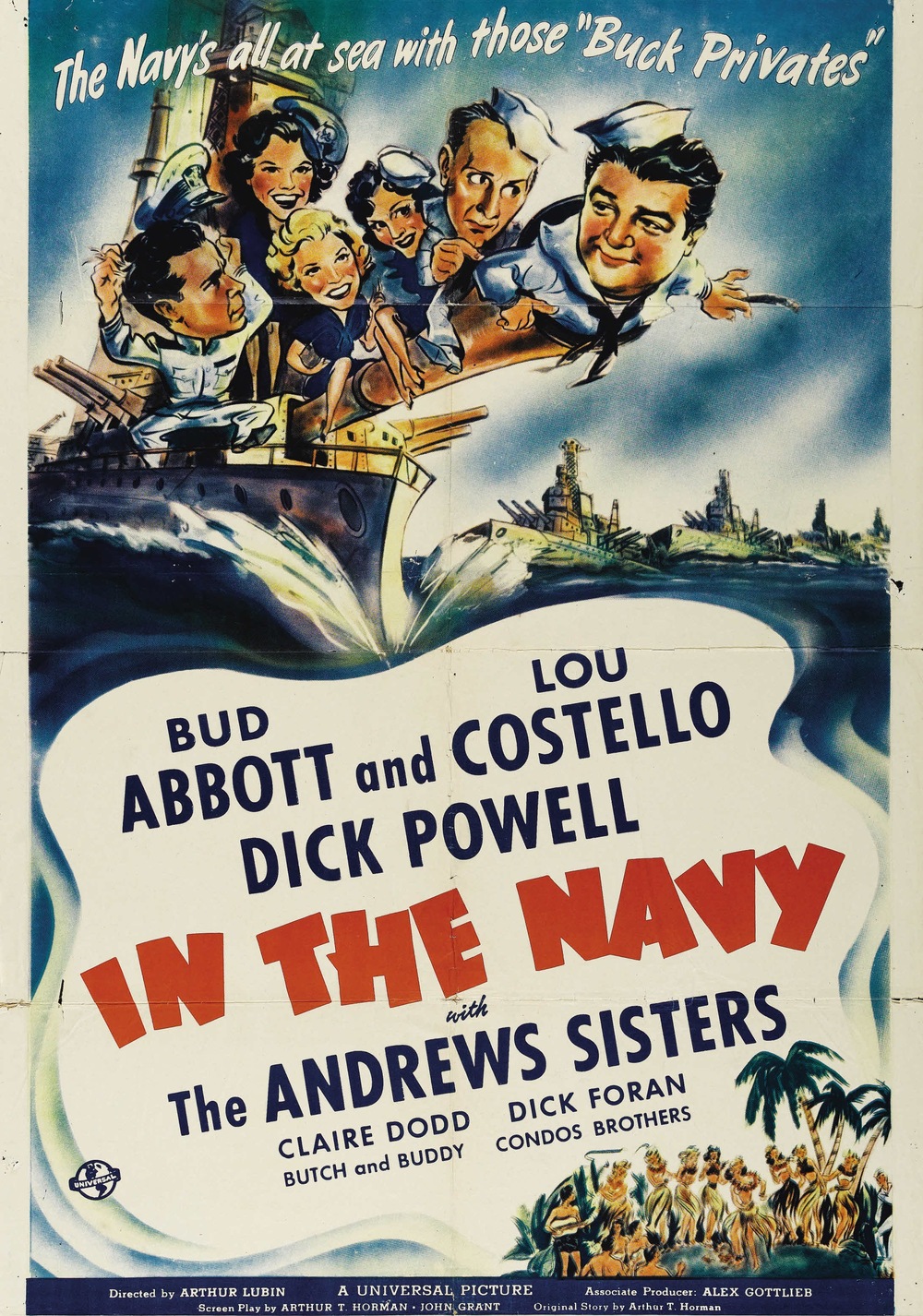 In the Navy (1941)
BDRip 720p | MKV | 1280 x 720 | x264 @ 2560 Kbps | 1h 25mn | 1,65 Gb
Audio: English AC3 2.0 @ 192 Kbps | Subtitles: English (embedded)
Genre: Comedy, Musical, Romance | Director: Arthur Lubin
Russ Raymond, America's number one crooner, disappears and joins the Navy under the name Tommy Halstead. Dorothy Roberts, a magazine journalist, is intent on finding out what happened to Russ and she tries everything she can to get a picture of him to prove he's Russ Raymond. Tommy's friends, Pomeroy Watson and Smokey Adams,help him while Pomeroy writes love letters to Patty Andrews. But because Smokey makes Pomeroy lie about himself in the letters, and when Patty comes to the Navy base, she's furious at Pomeroy. When Pomeroy, Smokey, Tommy and the Andrews sisters set sail for Hawaii, Pomeroy discovers there's a tomato in the potato locker, and she's been snapping shots of Tommy the whole trip. Whether Pomeroy's proving that 7 x 13 = 28 - three different ways, having Smokey help him play ship captain for Patty, or falling out of his hammock, it's an Abbott and Costello classic.