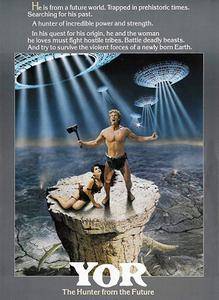 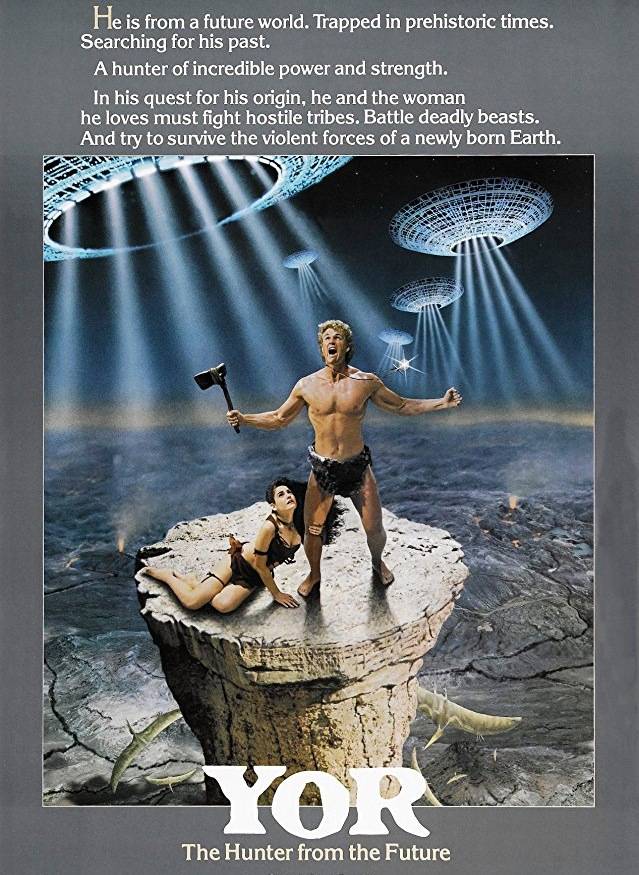 Yor, an extremely blond prehistoric warrior, comes to question his origins, particularly with regard to a mysterious medallion he wears. When he learns of a desert goddess who supposedly wears the same medallion, Yor decides that he must find her and learn his true identity. Along the way, he encounters ape-men, dinosaurs, and a strange futuristic society.

Now here is a movie that gets a horrible rap, for reasons I can't fathom. Sure it's cheap, but at least it moves quickly. Yor is a strapping caveman type who runs from adventure to adventure, battling cool dinosaur puppets, desert zombie hordes, sex hungry ape men and more. Reb Brown certainly has the acting range of a baked potato, but Yor isn't exactly deep material.

Corinne Cleri is very stunning in her little cavegirl outfit, and when John Steiner comes in to explain it all, you can't help laughing.

Look for the funniest trapeze stunt you'll ever see a G.I. Joe perform! 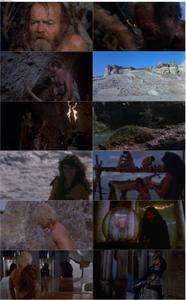 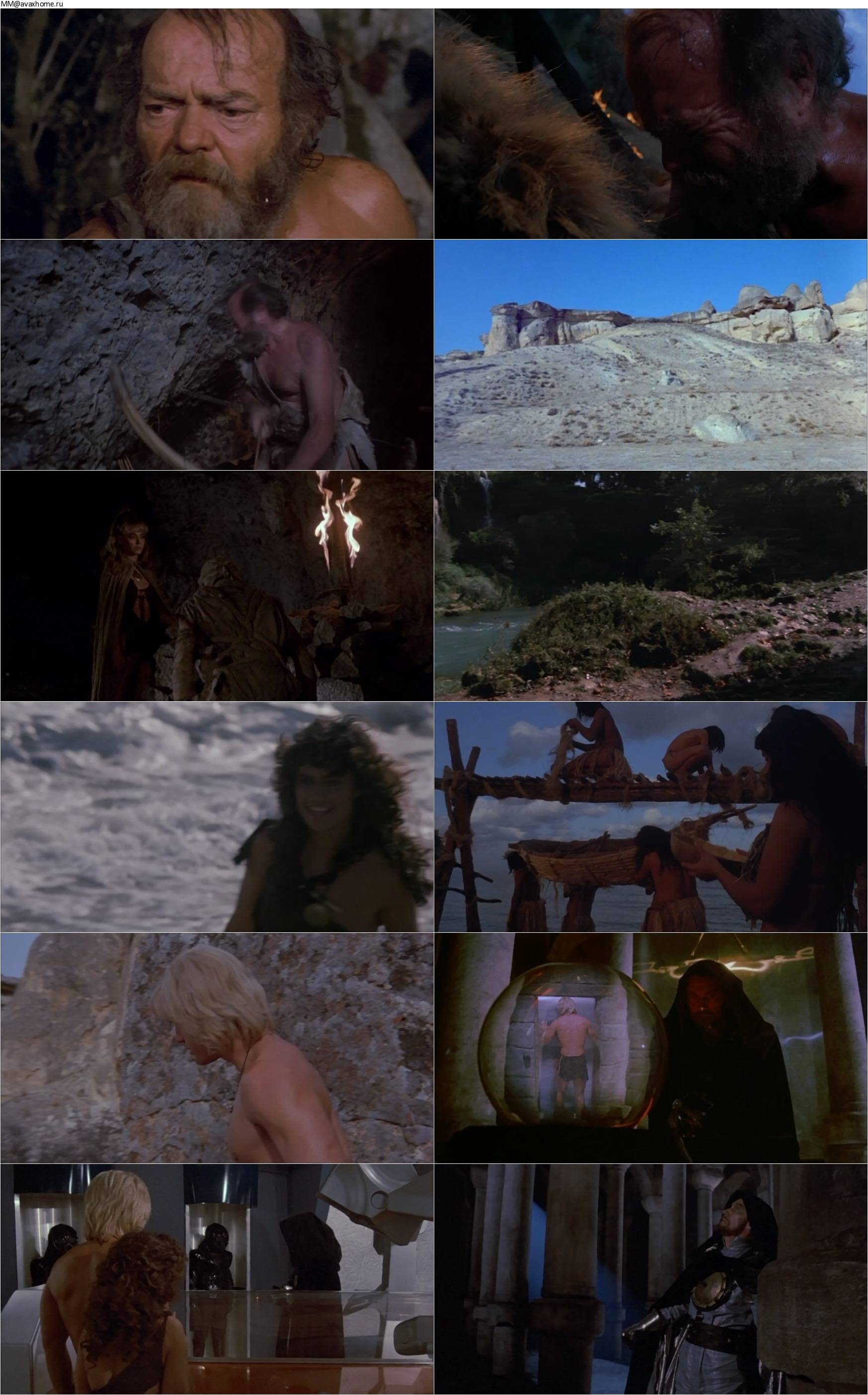