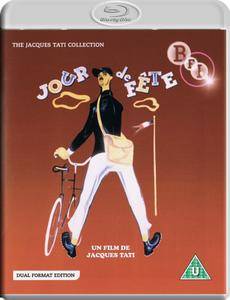 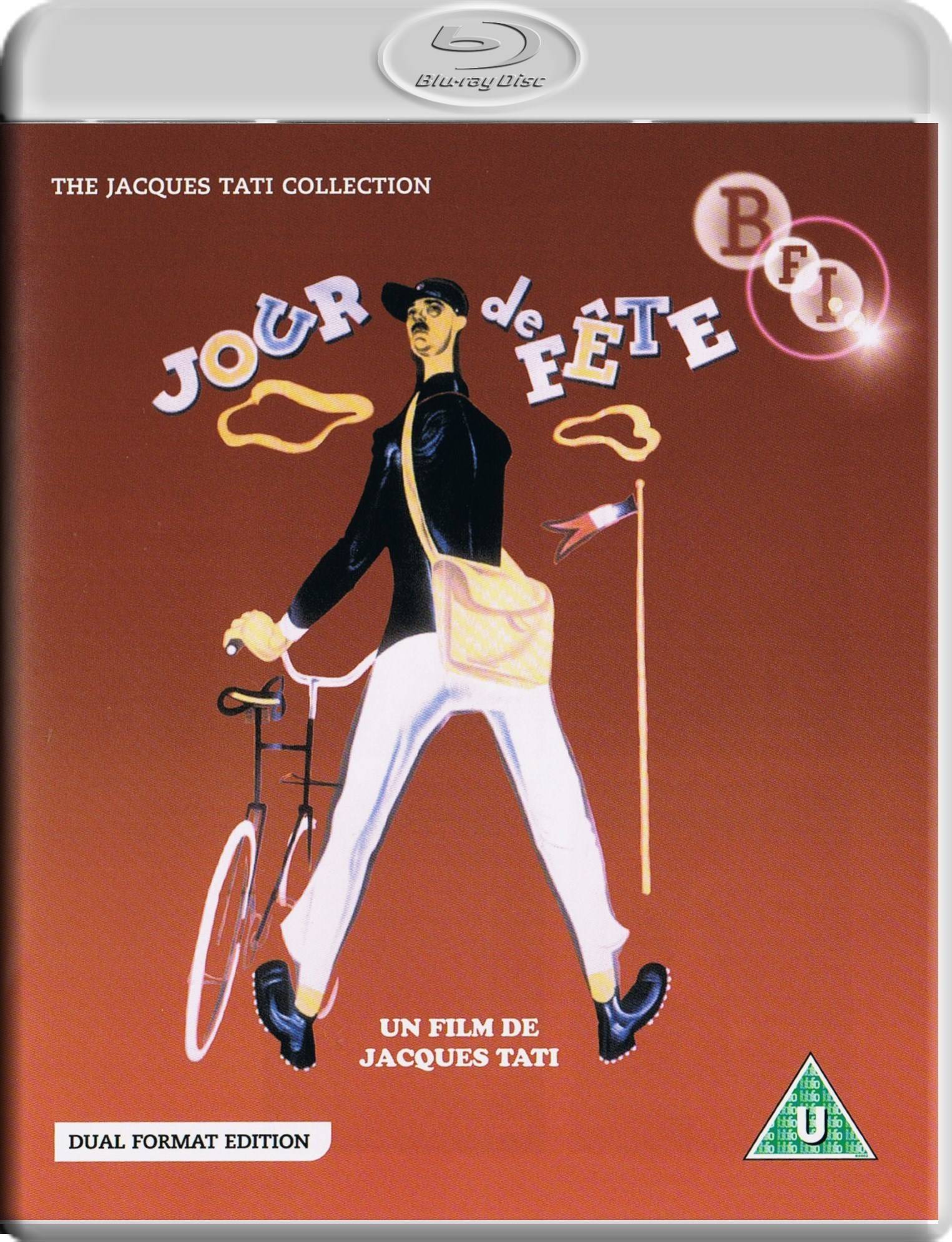 Once a year the fair comes for one day to the little town 'Sainte-Severe-sur-Indre'. All inhabitants are scoffing at Francois, the postman, what he seems not to recognize. The rising of the flagstaff under his direction nearly leads into a catastrophy - but everybody tells him, how important his work is. Sneering up Francois continues in the evening of the festive day. Made drunk, some 'friends' persuade him to watch a short-movie in a tent. This film is a stunt-show, covered as 'The modern delivery-techniques of the US-post. Francois takes it serious, not recognizing being teased. Next day, after getting sober in a goods wagon, he reorganizes his own delivery-methods. He has not the equipment, as his ideals in the short-movie have, but using only his bicycle, he makes good, funny progresses.

When I first saw this film I was amazed by its simplicity but also surprised by its competence. Its a cheerful and really funny piece of a great French actor and director, with some fine and really original scenes in it. This comic masterpiece about a day in a picturesque little French village, in which the postman Francois is being followed, on his daily tour, when a carnival is taking place. The speed of the modern way of life is brilliantly compared by the typical easy calm French way. Francois symbolizes this old way by doing everything slow and wrong on and off his bicycle. The little but creative stunts are really figured out for that time and are inspired by Buster Keaton and have a little touch of Chaplin in them.

The uniqueness of the film is that the story is creating itself. As the day follows we get to know the village and it's inhabitants and we are also learn a small lesson by a little old lady with a goat.

Surely a must see!