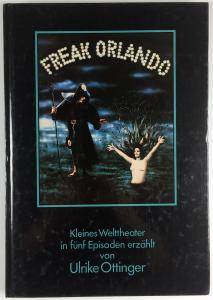 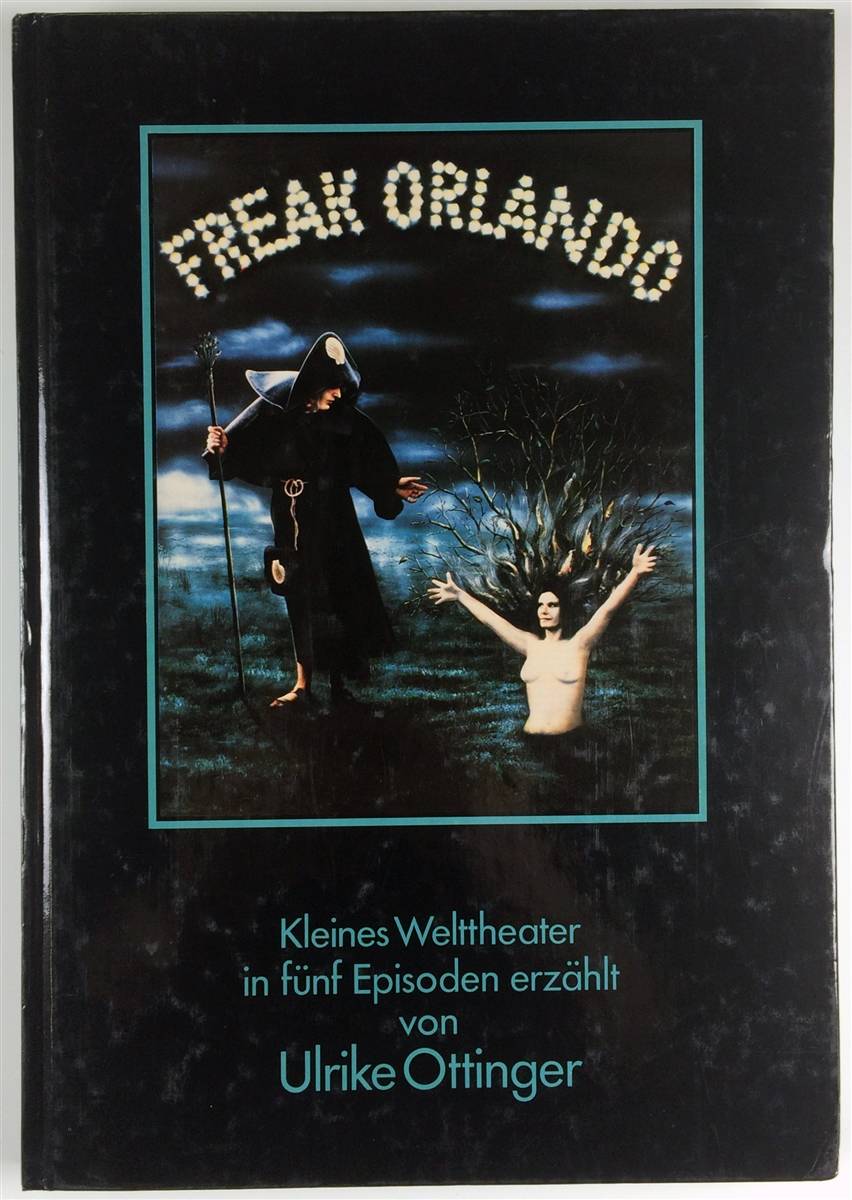 Freak Orlando (1981)
WEBRip | MKV | 720 x 416 | XviD @ 1502 Kbps | 122 min | 1.45 Gb
Audio: German AC3 2.0 @ 192 Kbps | Subs: English (.srt)
Genre: Comedy, Fantasy | Germany
As Orlando (Magdalena Montezuma) enters the world of "freaks," the movie develops scenes from a mythological netherworld, the Spanish Inquisition, the Middle Ages, and a few other settings to focus on unusual characters with physical or mental oddities. By the time the various vignettes that take place in these separate periods are completed, each with their own points and counterpoints, the "freaks" seem much less odd than their physically normal contemporaries. After Orlando has revealed much about the human condition through glimpses of a P.T. Barnum side-show, Siamese twins, as well as modern sexual morés, her journey with the viewer is completed. The device of Orlando, the time-traveler and liberated bisexual is based on Virginia Woolf's "Orlando: A Biography." The same set of actors play different roles in each of the five chronological segments. ~ Eleanor Mannikka, Rovi

First Episode
Where it is told how Orlando Zyklopa, with her seven dwarf-shoemakers, as special attraction at the instant shoe repair service at the Freak City department store, strikes the anvil; how she is driven away by Herbert Zeus, store manager; then, as queen of the seven dwarf-athletes, how she climbs up onto the Trojan Horse; and finally how she refuses to be the successor of the stylite, which leads to her death.

Second Episode
Where it is told how Orlando Orlanda, alias Orlando Zyklopa, is born as a miracle on the steps of a basilicum in the Middle Ages and, with her two heads, enchants those around her with a lovely song in two-part harmony; how she cannot prevent the flagellants from taking two acrobats prisoner and leading them out of the city in their procession, which leads her to pursue them with the famous dwarf Galli, a painter, up to the convent of Wilgeforte, the bearded woman saint; how she is dressed in new clothes in the department store warehouse; and how she undergoes an amazing metamorphosis while Galli paints her portrait.

Third Episode
Where it is told how Orlando Capricho, alias Orlando Orlanda, alias Orlando Zyklopa, has to admit that she has been captivated by a special travel offer made by the department store, announced by a seductive voice; how she learns distrust when she sees her mirror image; how she falls into the hands of the persecutors of the Spanish Inquisition at the end of the 18th century; how she has to undergo a thousand dangers and adventures, barely escaping internment in prison; and how she is finally deported with people of every description, which Galli El Primo illustrates faithfully.

Fourth Episode
Where it is told how Mr. Orlando, alias Orlando Capricho, alias Orlando Orlanda, alias Orlando Zyklopa, is engaged at the entrance to the psychiatric ward by the freak-artistes of a side-show traveling around the country; how he quickly falls in love with the left side of Siamese-twin sisters, named Lena, something the other, named Leni, cannot abide; which is why Mr. Orlando, entangled in a rather confusing affair, stabs Leni and thereby also inevitably kills Lena, whom he loved so much; and how the head of the troupe is forced to sentence Mr. Orlando to death in compliance with an age-old tradition of the artistes.

Fifth Episode
Where it is told how Mrs. Orlando, called Freak Orlando because of her special orientation, alias Mr. Orlando, alias Orlando Capricho, alias Orlando Orlanda, alias Orlando Zyklopa, is engaged as entertainer and tours Europe with four bunnies; how she is in great demand as an attraction for openings of shopping centers, family celebrations, etc.; how, finally she is engaged to host the show at the annual festival of ugliness; how she crowns the winner and bestows a trophy with the inscription: "Limping is the way of the crippled," and, at the end of the festival, we are told that the story is over. 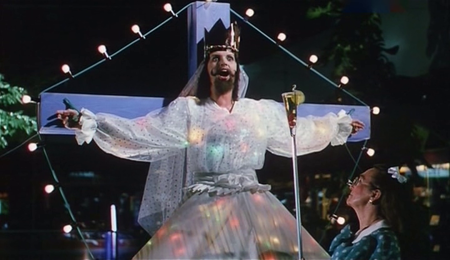 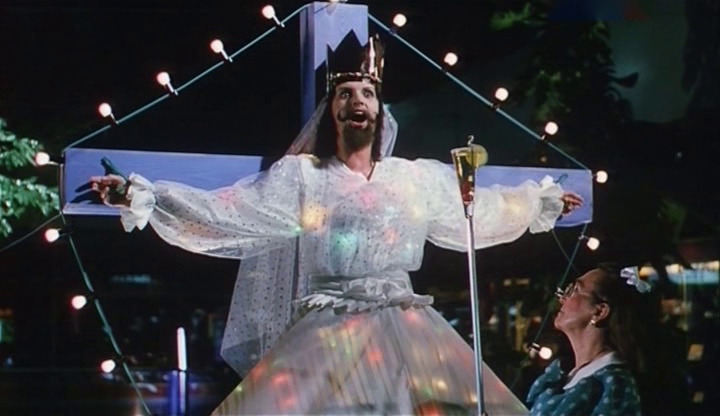 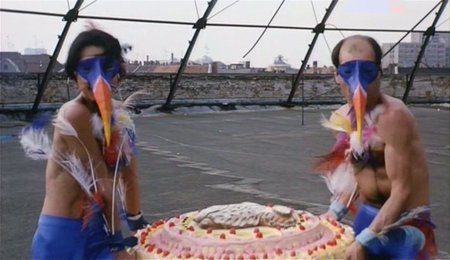 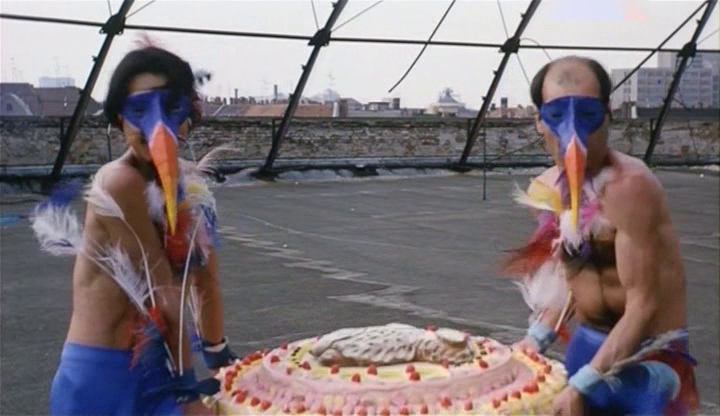 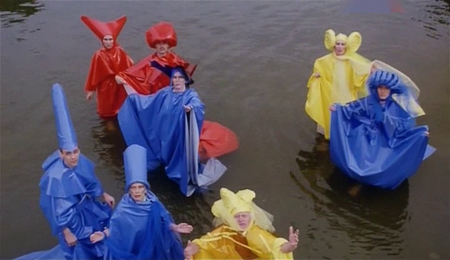 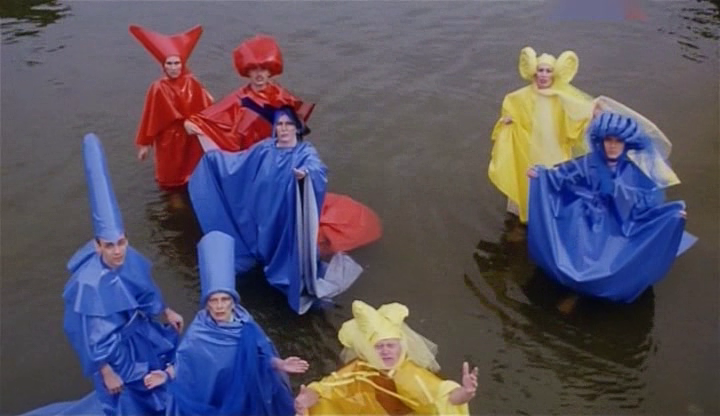 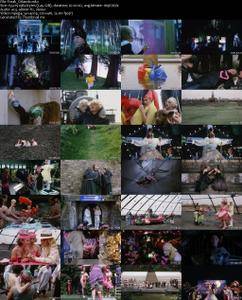 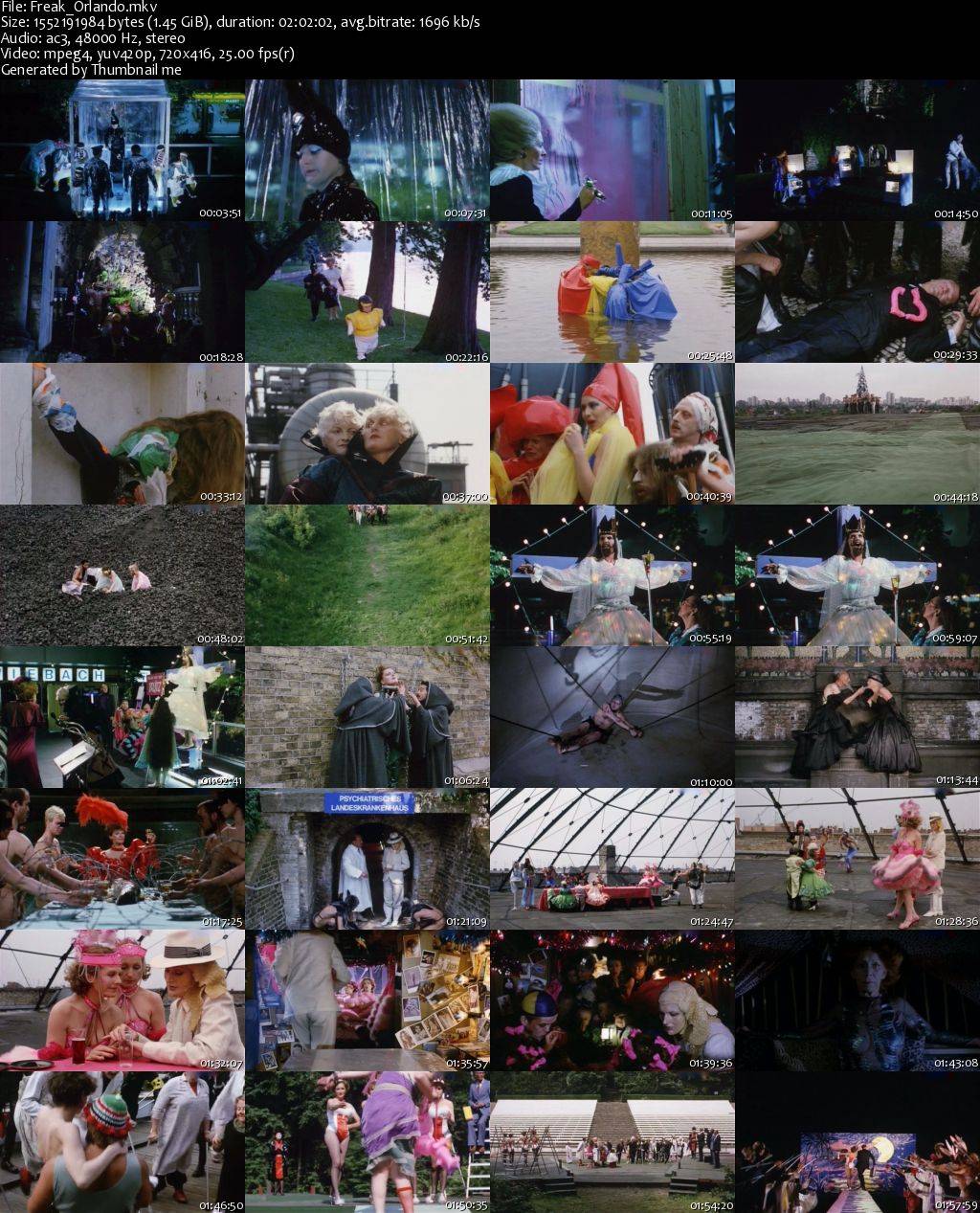