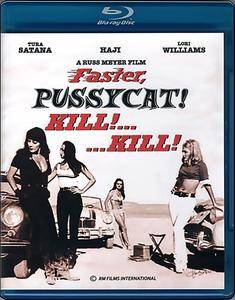 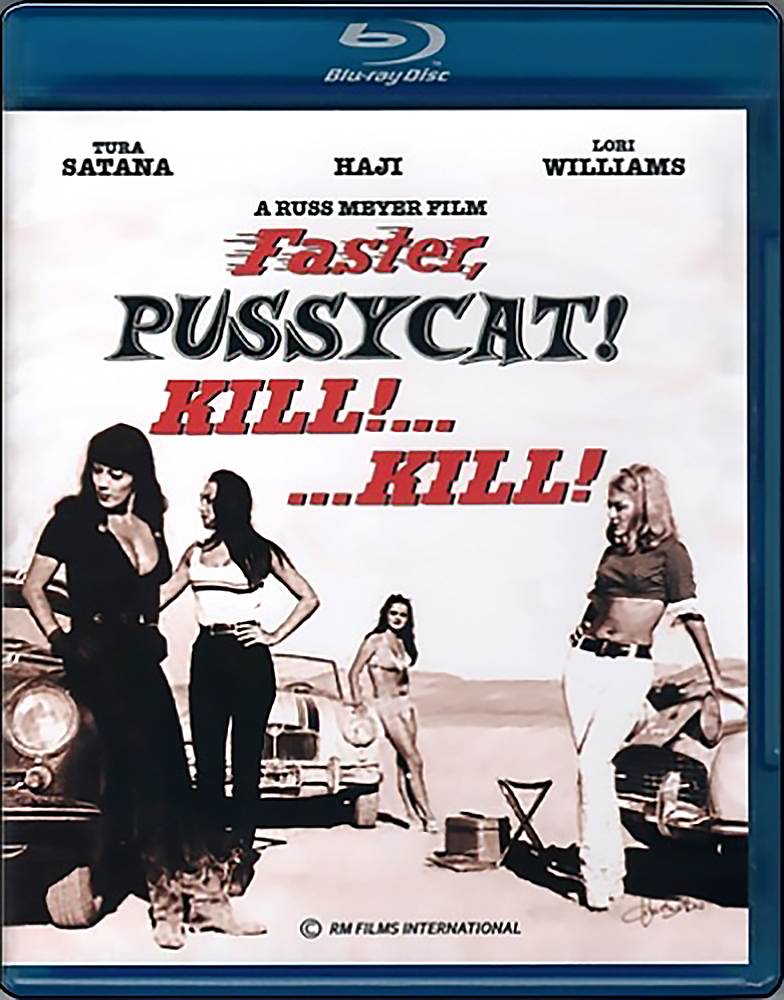 From the beginning, you know that this monochrome Meyerama is going to be incredible–an Outer Limits-style voice-over pontificating on the violence of women, followed by incredible shots of three luscious go-go girls doing the Watusi as the Bostweeds' wild theme song blasts from the jukebox. Then things move to the barren California desert for drag races, catfights, murders, straining blouses, and a lot of torrid action and satirically overwrought melodrama.

Tura Satana, Haji, and Lori Williams have terrific screen presence as the three tough-as-nails villainesses. They're the kind of deliciously over-the-top antagonists that you root for, especially since the nominal heroine (Sue Bernard) is a ridiculous dimwit who couldn't act her way out of a paper bra–I mean, bag. Highest honors go to the amazing Satana, shouting most of her lines and dropping sexual innuendos while resting her boobs on the dinner table.

As usual, Russ Meyer fills the screen with sharp dialogue ("Breast or thigh, darlin'?") and sharp camerawork. There is no nudity, since Meyer was trying to circumvent the censors in 1966, but there are some incredibly sexy scenes all the same. Excitement and laughs abound in this straight-faced send-up of action-flick conventions. This celebrated cult classic is one big-breasted Gothic melodrama-satire that really…um…stands out!