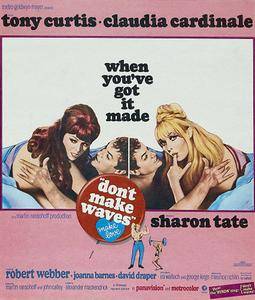 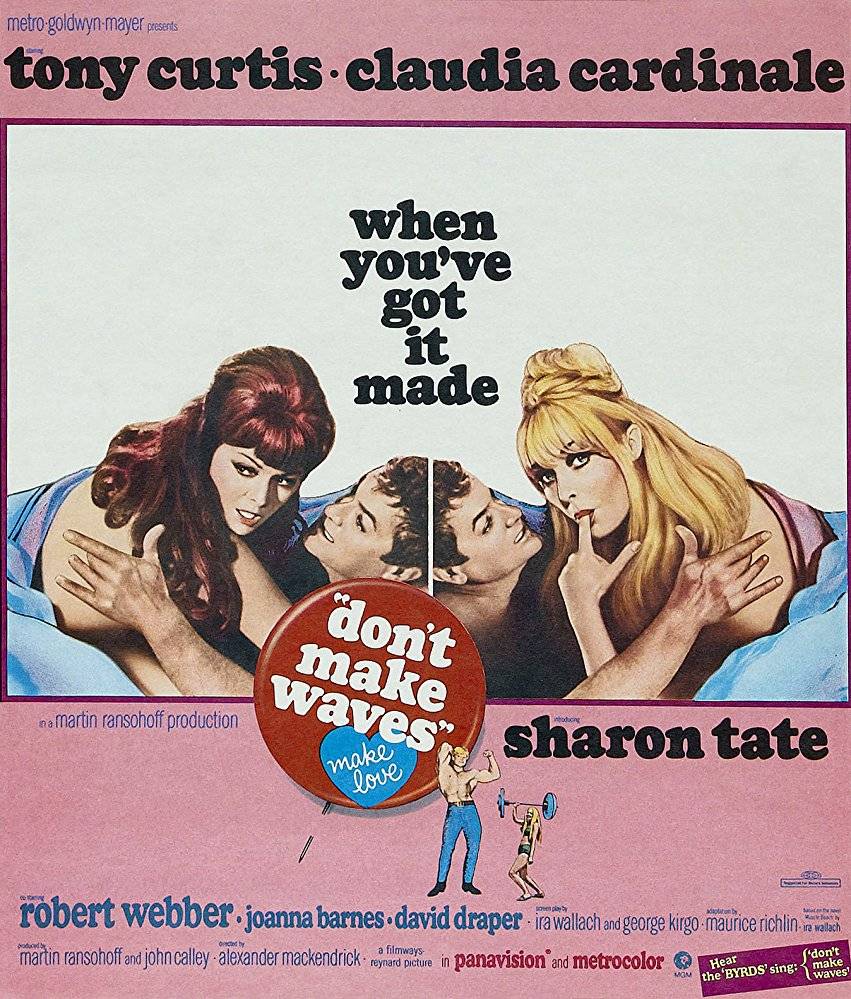 New York tourist Tony Curtis falls asleep on a Southern California beach on his first night in the West and wakes up to The New Phantasmagoria–catamarans, surfers (including a dog), bodybuilders, acrobats, motorcycle chicken races, a nut fishing in the shallows… and Sharon Tate as a skydiver named Malibu who gives Curtis the rapture of artificial respiration when he is conked on the head by a flying surfboard. This is the '60s American Dream: youth and beauty and money and sex in Southern California. Go west, all men. 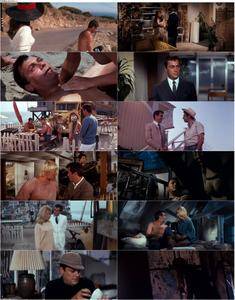 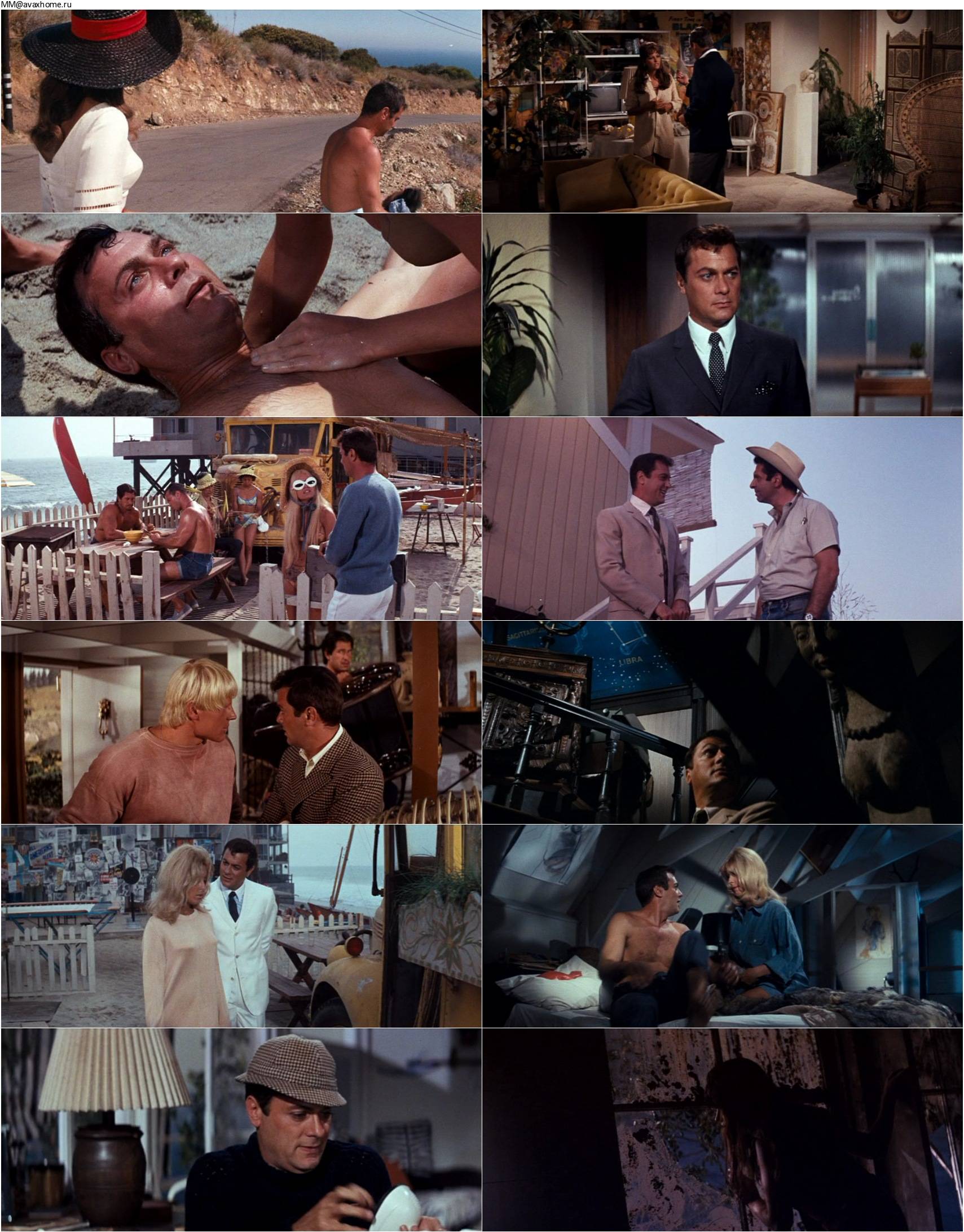