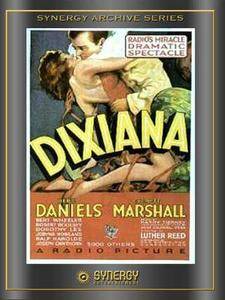 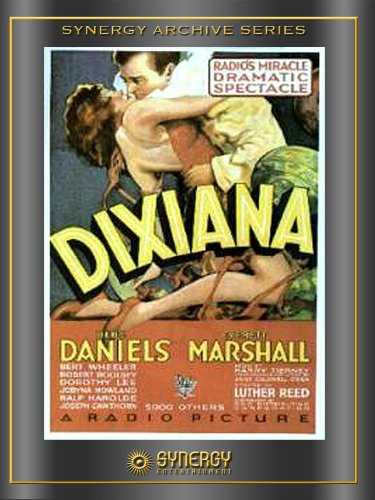 Storyline: Hoping to repeat the success of its 1929 musical spectacular Rio Rita, RKO Radio reteamed leading lady Bebe Daniels and the comedy team of Bert Wheeler & Robert Woolsey for the equally lavish Dixiana. Set in antebellum Louisiana, the film casts Daniels as the title character, a lovely and charming circus entertainer. Dixiana is loved by Carl Van Horn (Everett Marshall), the son of plantation owner Cornelius Van Horn (Joseph Cawthorn). Though Cornelius approves of his son's choice, his imperious wife (Jobyna Howland) orders Dixiana out of her house, much to the delight of crooked gambler Royal Montague (Ralf Harolde), who has his own wicked designs on our heroine. Fired by her circus, Dixiana is forced to go to work at Montague's gambling establishment, and it is here that the love-struck Carl catches up with her. Hoping to bankrupt Carl and force him to relinquish the deed to the Van Doren plantation, Montague engages the young man in a crooked card game, but Dixiana turns the tables on the villain. Elected queen of the Mardi Gras, Dixiana is kidnapped by the disgruntled Montague, who intends to goad Carl into a duel, knowing full well that the boy's guns have been tampered with. Dixiana is the film debut of Bill "Bojangles" Robinson, who performs a "stair dance" routine during the Technicolor Mardi Gras finale. Incidentally, the film's final color reels were for many years considered lost, with only the black-and-white scenes remaining: thus, many TV prints of Dixiana come to an end long before the plot has been resolved. 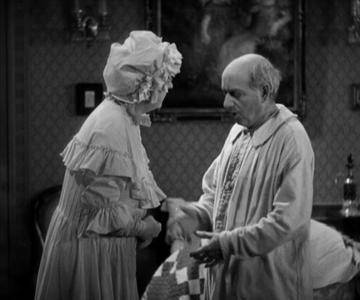 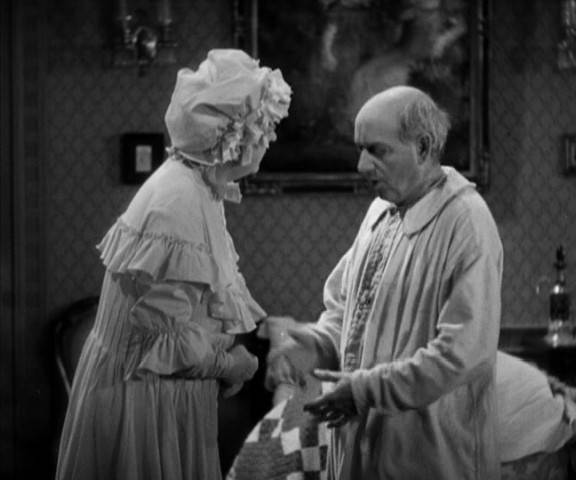 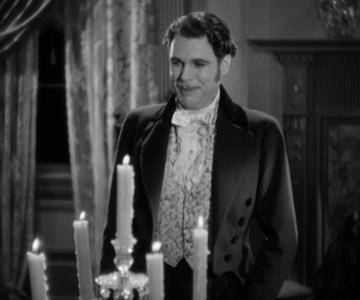 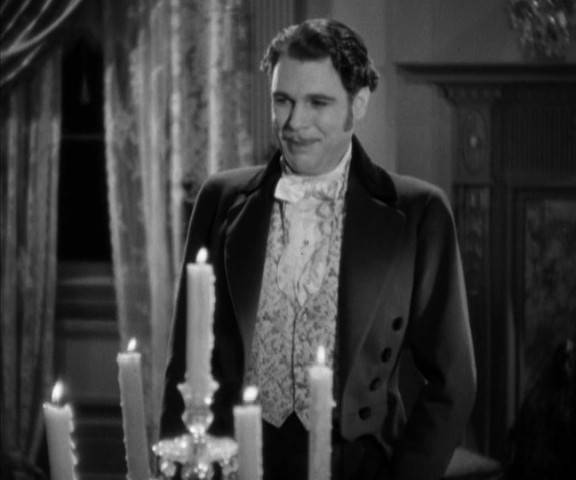 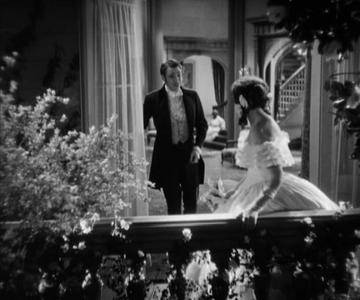 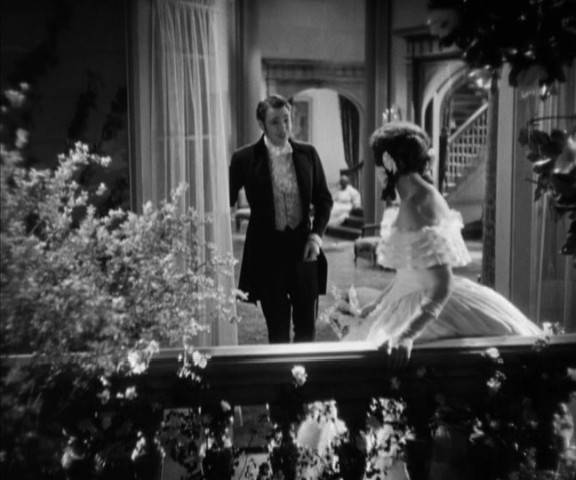 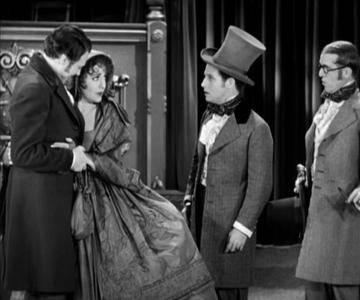 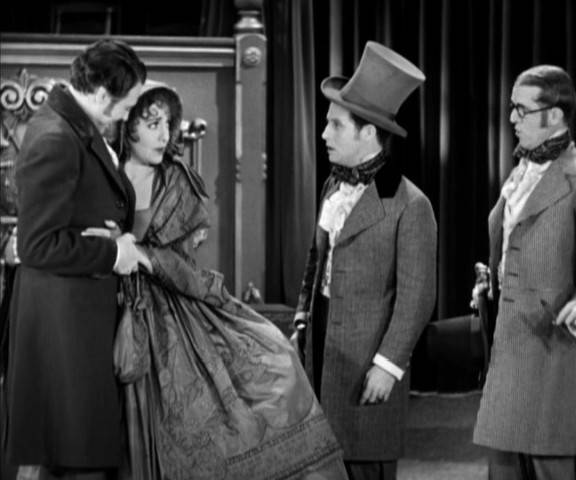 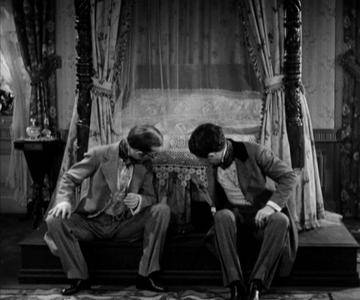 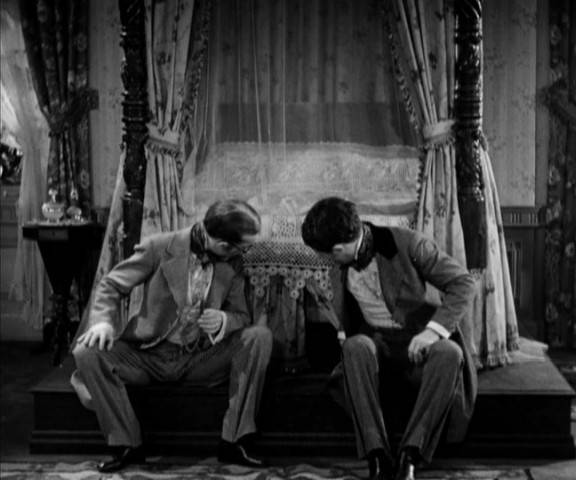 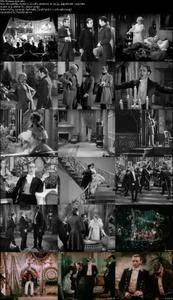 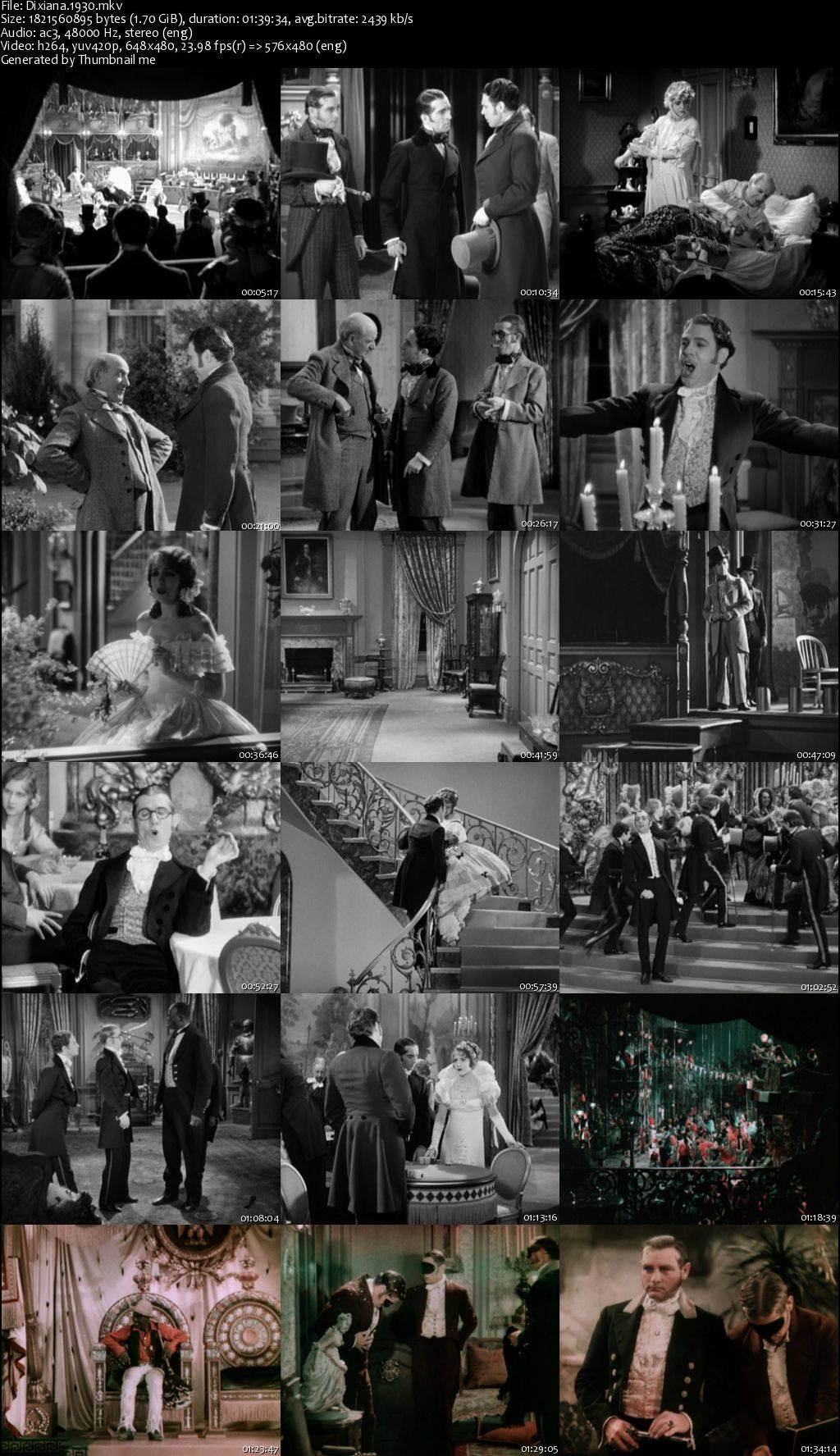