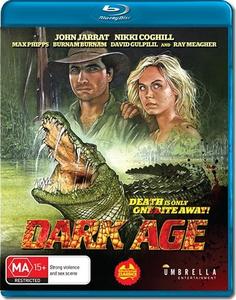 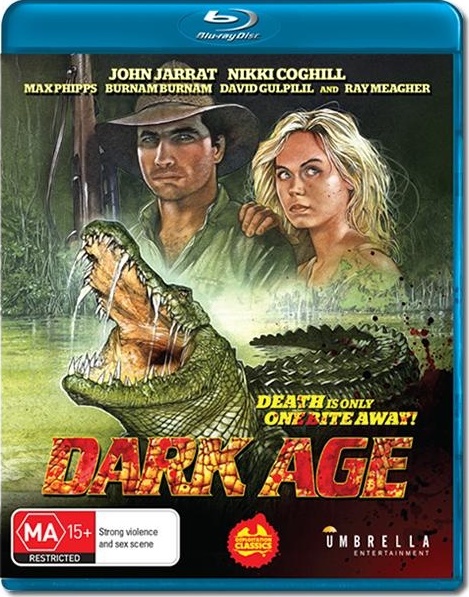 In the Australian outback, a park ranger and two local guides set out to track down a giant crocodile that has been killing and eating the local populace. During the hunt, one of the guides discovers that he has an ESP connection to the giant creature.

A giant crocodile is killing and eating river poachers and small kids from the river banks. John Jarratt of "Wolf Creek" fame plays park ranger who is a big protector of crocodiles as well. The local aborigines see this bloodthirsty crocodile as a sacred reptile called "Numunwari" and they want to transfer the beast to its proper upriver. Arch Nicholson's "Dark Age" is a well-made and suspenseful animal attack flick which owes a lot to "Jaws". The killing of small aboriginal kid is quite shocking with its unexpected brutality. The croc itself looks realistic and menacing enough and the attack scenes are surprisingly vicious. The film is also rich in aboriginal myths and symbolism as it poses few important environmental questions. 8 crocs out of 10.