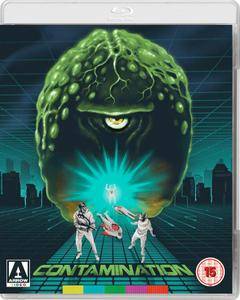 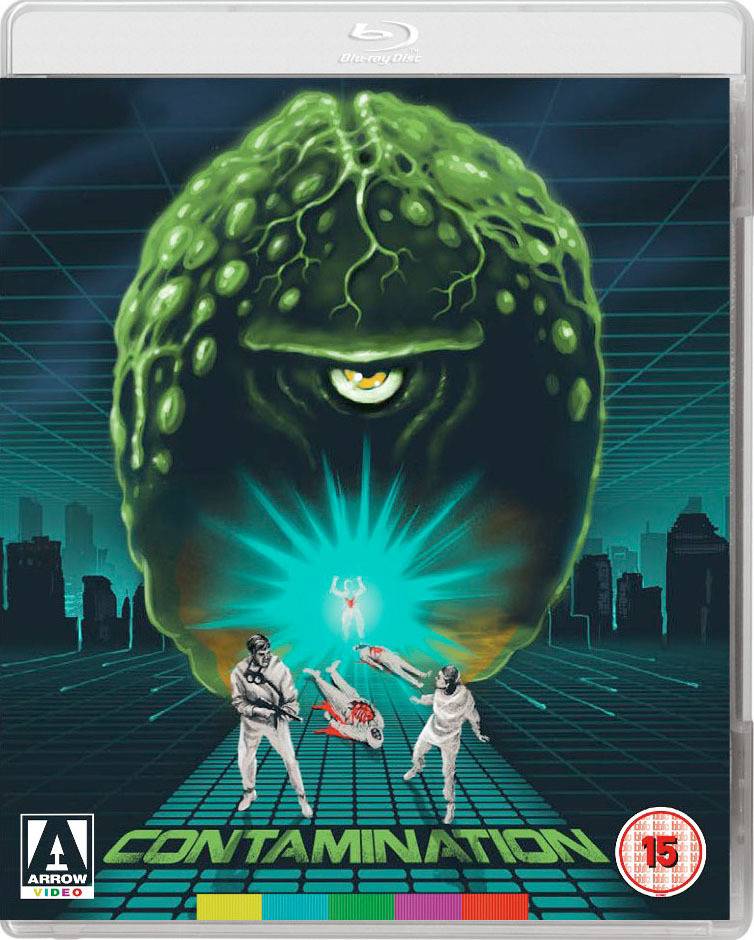 Contamination (1980)
BDRip 720p | MKV | 1280 x 720 | x264 @ 2560 Kbps | 1h 35mn | 2,07 Gb
Audio: English AC3 1.0 @ 160 Kbps + Commentary track | Subtitles: English
Genre: Horror, Sci-Fi | Director: Luigi Cozzi
A ship pulls into New York Harbor with no one on board. The police find a cargo full of green pulsating eggs. Upon contact, the eggs explode spreading a green acid like substance that seeps into the skin and explodes. It is later discovered that the eggs are being manufactured in South America by a one-eyed Martian that grew from a tiny seed a former astronaut brought back from a expedition to Mars.

Audio Commentary - in this audio commentary, Chris Alexander, editor of Fangoria Magazine, highlights some of the similarities between Contamination and the films that inspired it, the film's production history, the various locations where different sequences were shot, the structure of the narrative, various genre films that came out of Italy and became cult classics, etc.