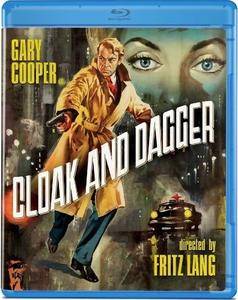 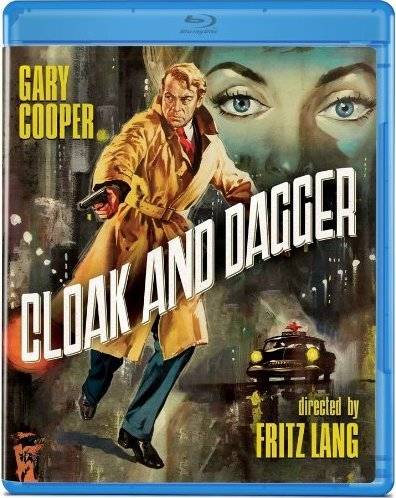 Cloak and Dagger (1946)
BRRip 720p | MKV | 1280 x 720 | x264 @ 2560 Kbps | 1h 46mn | 2,13 Gb
Audio: English AC3 1.0 @ 160 Kbps | Subs: English (embedded)
Genre: Adventure, Film-Noir, Romance | Director: Fritz Lang
Near the end of World War II, the Allies must find out how much the Axis knows about building atomic bombs. The OSS recruits a physicist, Alvah Jesper, to reach his former colleague, Katerin Lodor, now in Switzerland, and bring her out for debriefing. He reaches her, but a German agent is quickly onto him, and Lodor dies. Jesper must now get into Italy, go underground with the help of Gina, a resistance leader, and convince Polda, a physicist there, to leave with him. Polda won't go until his daughter is rescued from German detention. As Jesper's pal Pinky works on rescuing Polda's daughter and as time for escape runs down, Jesper and Gina fall in love.

"Cloak and Dagger" is certainly one of the better movies of its type for that era. It's exciting as well as entertaining and not as dated as one would imagine. Gary Cooper is excellent as a nuclear physicist who turns smoothly into a secret agent. There is a fair amount of action (mainly good old-fashioned shoot-outs), a rather conventional romance and one superbly executed fight sequence.