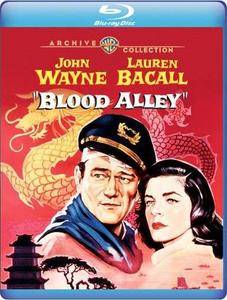 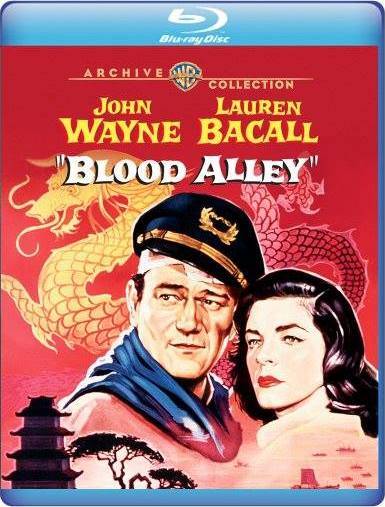 Extras:
– Pathé Newsreel Footage (3:56): a selection of Fifties news clips featuring the Duke, including a visit to the set of Blood Alley. Gaps and periods of silence in the soundtrack reflect the condition of the source
– 1955 Promo on Blood Alley (#1) (7:30): this is an excerpt from the Warner Bros. Presents TV series hosted by Gig Young. Before turning to a discussion of Blood Alley, Wayne describes his introduction to the movie industry
– 1955 Promo on Blood Alley (#2) (7:40): in this second installment of Warner Bros. Presents, the Duke describes the technology of Cinemascope and narrates a tour of the film's locations in the San Francisco Bay area