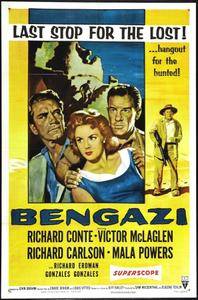 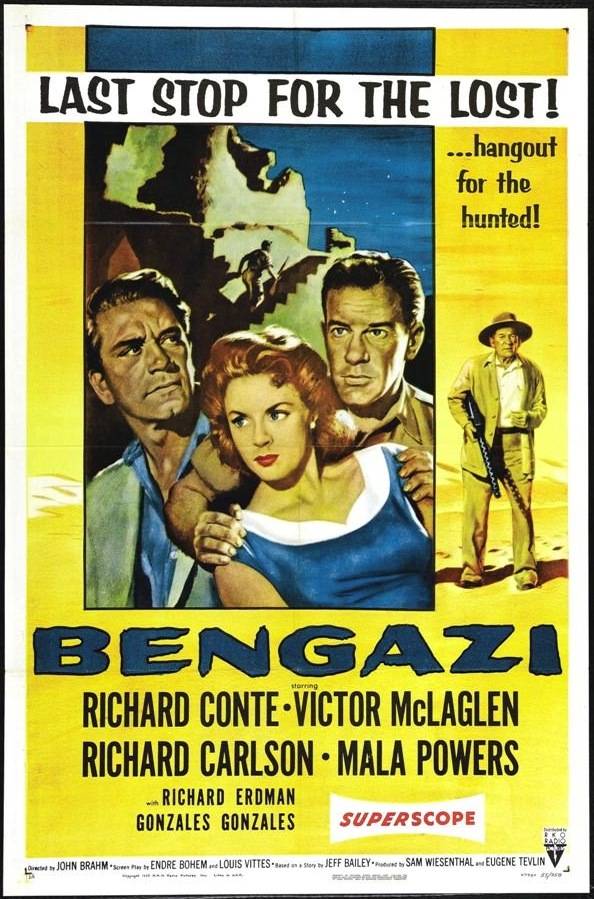 Bengazi (1955)
TVRip | MKV | 720 x 360 | x264 @ 1968 Kbps | 1h 18mn | 1,33 Gb
Audio: English AC3 2.0 @ 448 Kbps | Subtitles: None
Genre: Adventure, Crime, Drama | Director: John Brahm
An American with a shady past, John Gilmore and an Irishman without a conscience, Robert Emmett Donovan, are in search of hidden gold secreted in an old mosque by desert people during the Montgomery-Rommel fighting. Gilmore, a partner with Donovan in a bistro, learns of the gold from Shelby and the two plan to get it, but Donovan learns of it and, despite the arrival of his daughter, Aileen, who he has not seen since her childhood, joins Gilmore and Shelby. A jeep they steal puts Inspector Levering on their trail and he sets out after them, with Aileen, in a plane. 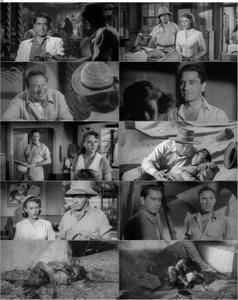 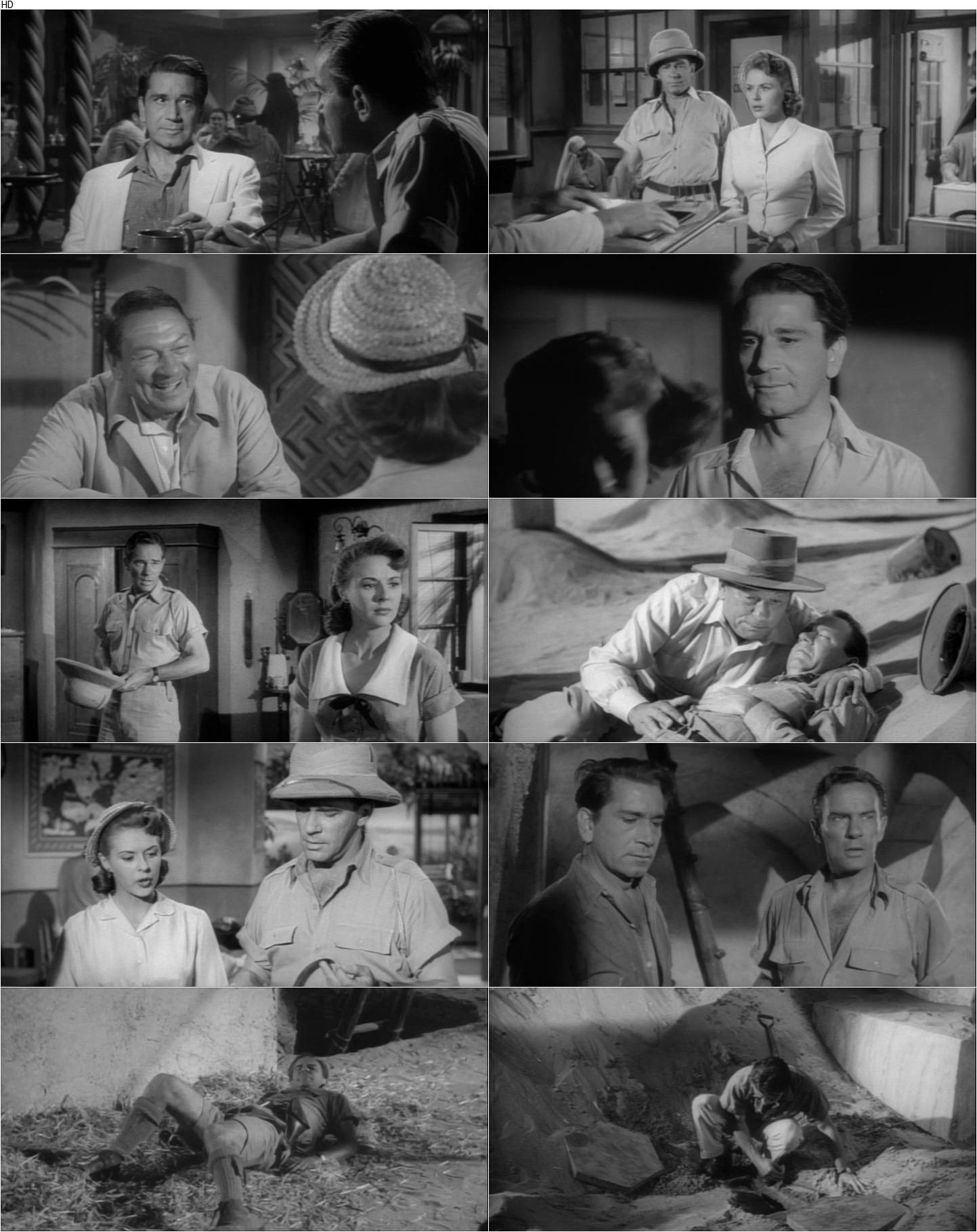