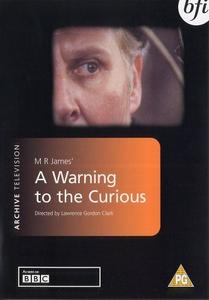 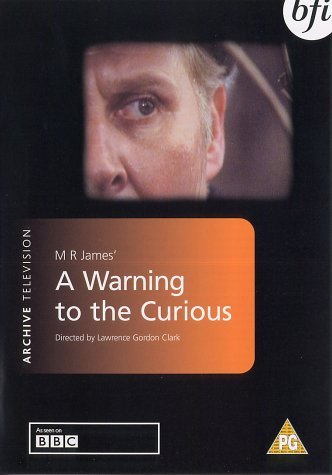 An amateur archaeologist, Mr Paxton (Peter Vaughan), travels to the coastal Norfolk town of Seaburgh. His research has uncovered an old Anglo-Saxon legend telling of three fabled crowns that protect England from invasion. One is said to have been lost in a war, a second lost to the sea - but the third is thought to be hidden somewhere near Seaburgh. Paxton checks into a local inn where, despite the suspicions of the locals, he hears that another archaeologist searching for the crown was found dead more than a decade ago. His inquiries lead him to the grave of a local man, William Ager who was said to be the last of his line and a guardian of the crown. Paxton goes to search the woods near Ager's former home but his excavations will unearth something more than the fabled crown.

I first saw this when I was 9 or 10. Naturally, I couldn't remember it now all that well, but I do remember being geniunely scared by the vague, colourless image of William Ager. (And I was A kid that didn't scare easily. I also remember being transfixed from beginning to end and mesmerised by (how you say?) the atmosphere…the setting…the aura…the general FEEL of the piece. After a considerable length of computerised detective work, I was able to revisit this MR James dramatisation recently, it having been released on VHS and DVD for the first by BFI last month. I played the disc with great anticipation. As soon as I saw the menu screen I had that spooky 'feel' again. Anyway, I digress. This excellent lesson in 'less is more' tells the story of an archeologist who attempts to unearth an ancient Saxon crown but gets more than he bargains for.

The setting is Seaburgh, on the Norfolk broads near the coast. For those that don't know England, this is a beautifully desolate place where dense forests lie intermittently across large open wasteland where you can see a man standing miles away. Set in Autumn, this fill shows the brilliant, subtle colours. As the character Dr. Black puts it: 'You can't tell where the beach ends and the sea begins.'

10 out of 10 in all departments: acting, script, plot, direction. Even the music is excellent in its unspectacular way.

Warning: this film may not be suitable for some American audiences used to a diet of unsubtle, sensationalist horror movies. This film is made in the British way. Either you'll like that or you won't.