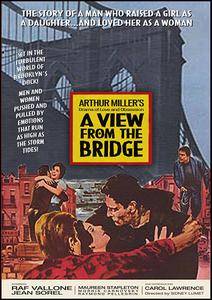 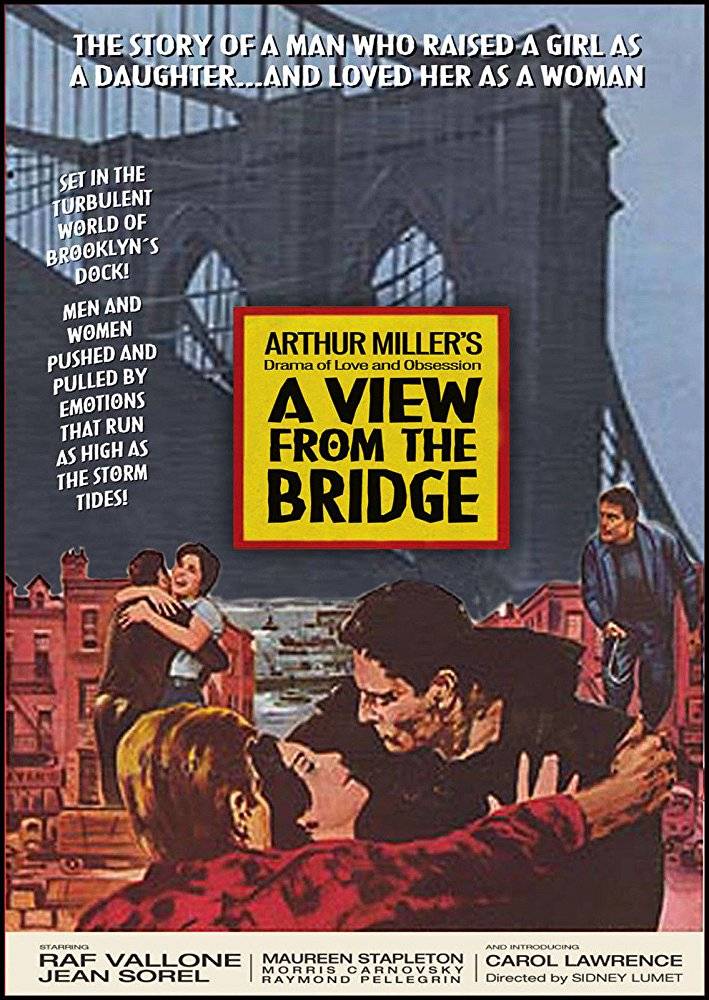 Eddie Carbone, a Brooklyn longshoreman, is unhappily married to Beatrice and unconsciously in love with Catherine, the niece that they have raised from childhood. Into his house come two brothers, illegal immigrants, Marco and Rodolpho. Catherine falls in love with Rudolpho; Eddie, tormented but unable to admit even to himself his quasi-incestuous love, reports the illegal immigrants to the authorities.

A View From The Bridge transcends its stage-play roots to give an earthy feel for its neighborhood and its neighbors. This is high praise considering the play is one of Arthur Miller's very best to begin with. The chemistry is devastatingly hot between Raf Vallone and his illicit love for niece Carol Lawrence who, at first admires him, but later turns on him with disgust. Maureen Stapleton is magnificent as Vallone's desperate wife. Vincent Gardenia is disarmingly young in an early role. The cinematography seems to peel the layers of this blue-collar area like an onion, and the score is simply perfect. A View from the Bridge is a neglected classic that needs to be restored to prominence.