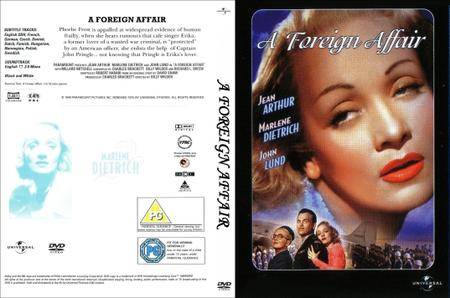 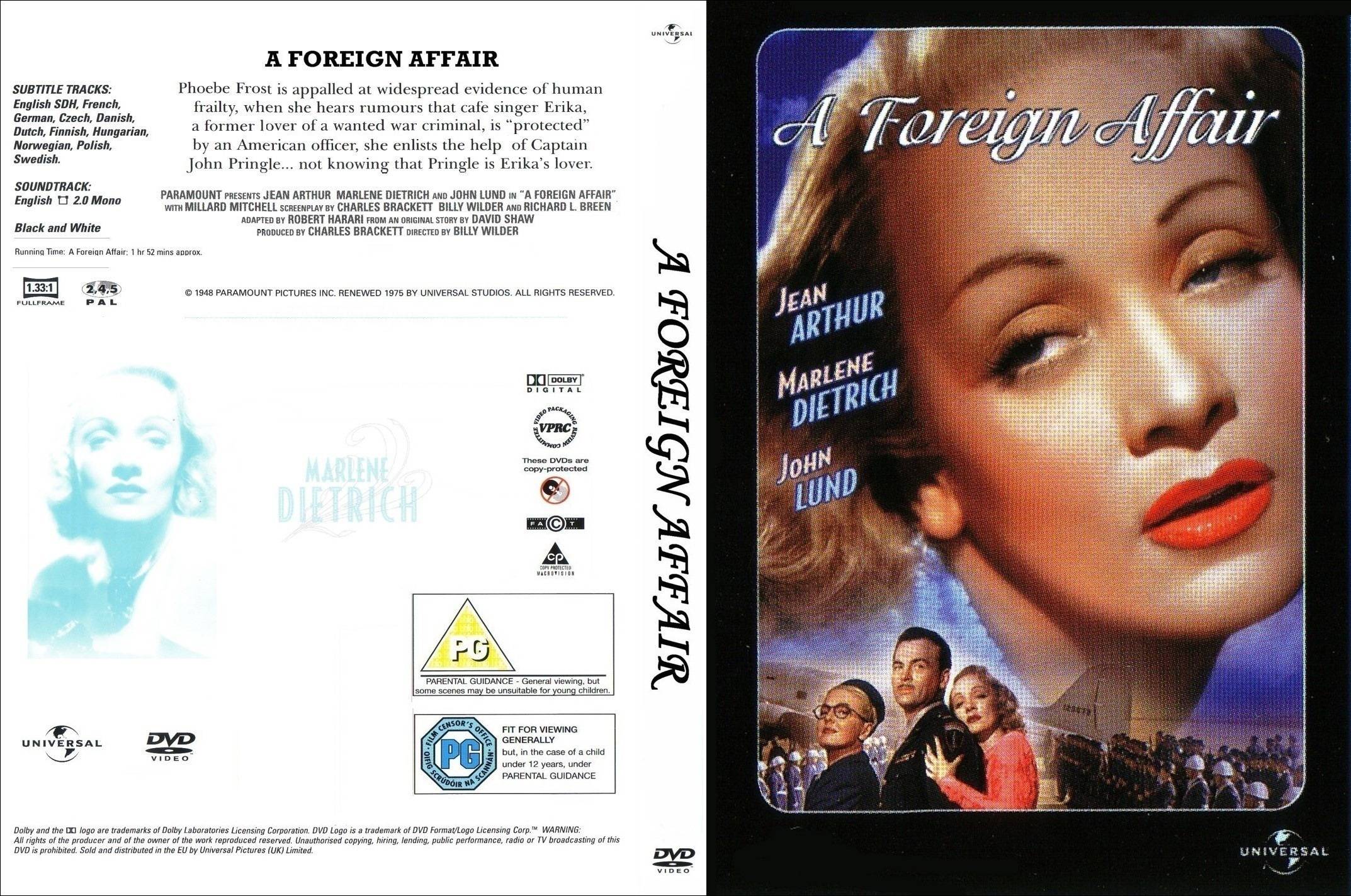 “A large part of this picture was photographed in Berlin,” says a title at the start of this lesser-known Billy Wilder classic released in 1948. And it shows, with fascinating footage of bombed-out buildings, shattered facades and a city palpably still reeling from the brutal end of World War II. 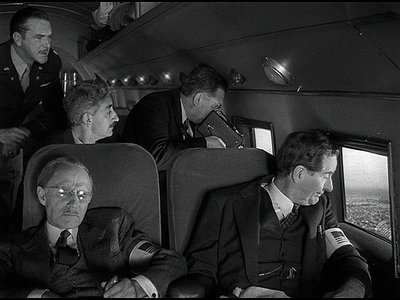 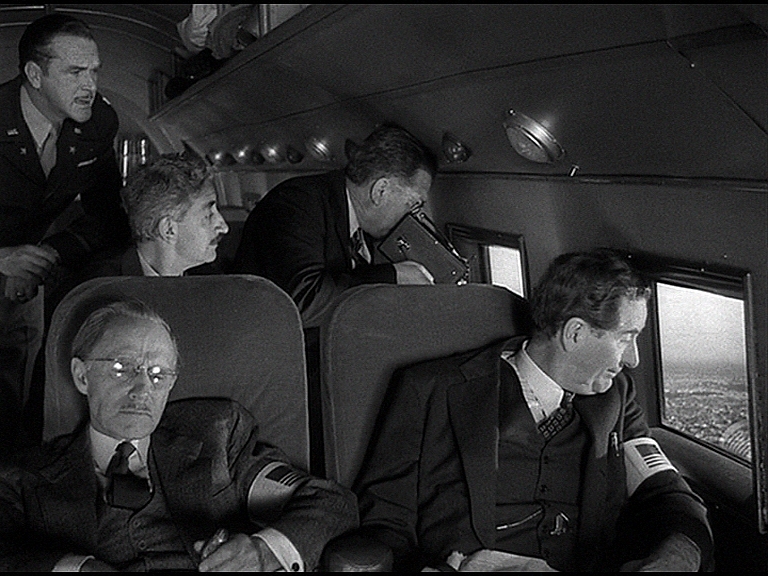 It’s only one of the interesting facets of this film which, despite its very specific setting, is in fact as relevant to the current American involvement in Iraq as if it had been made yesterday. A party of Congressional representatives – led by Jean Arthur’s repressed Phoebe Frost, hair tied back severely and a demeanour to match her name – have come to the American sector of the divided city on a fact-finding mission. 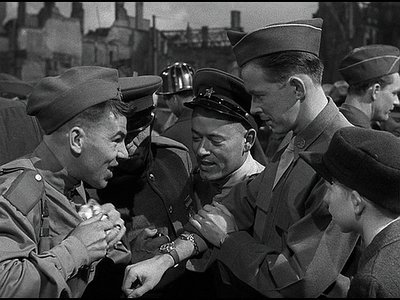 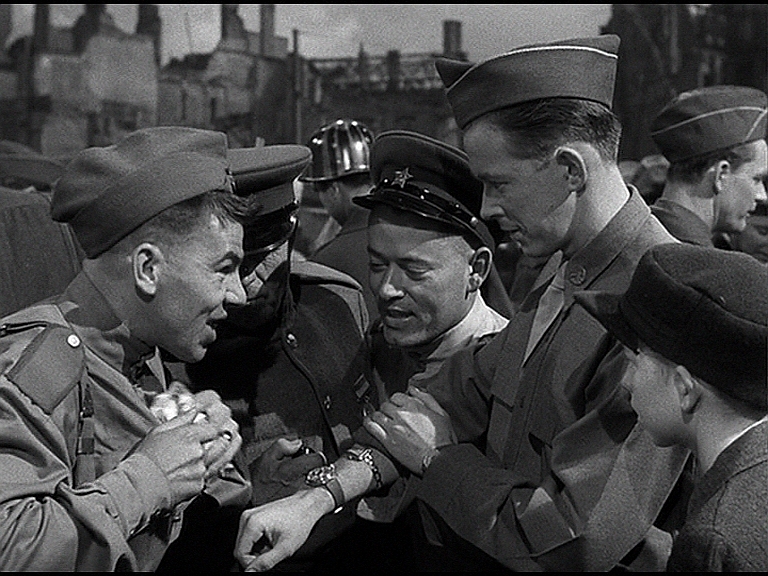 Their opening debate about how the city should be rebuilt and who should fund it is startlingly familiar: “If you give a hungry man a loaf of bread, that’s democracy,” says one. “If you leave the wrapper on, it’s imperialism”. The first post-Hitler elections have just been held – “like handing the village drunk a glass of water,” says another. 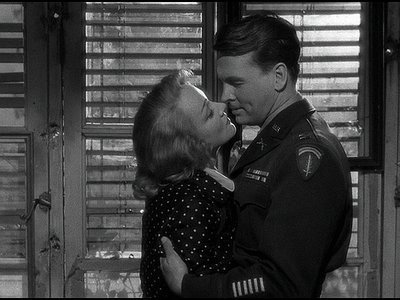 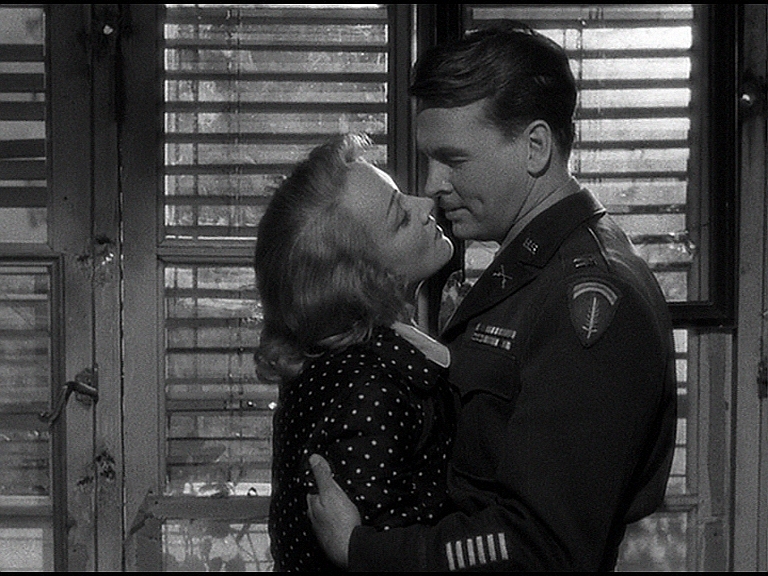 This talky, intelligent, cynical film is startling even now, with dry jokes about gas chambers and brainwashed youngsters still carving swastikas everywhere. Lines like this, from a former Nazi to her American protector, make you wince: “I have a new Fuhrer now: you. Heil, Johnny.”

Imagine how this must have struck audiences at the time, just a few years after the war! I’d love to see a modern director with Wilder’s bravery take on the challenge of portraying how a contemporary occupying army deal with a country full of “open graves and closed hearts”. 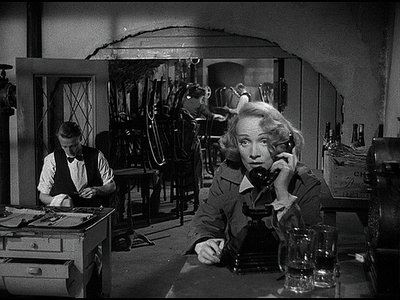 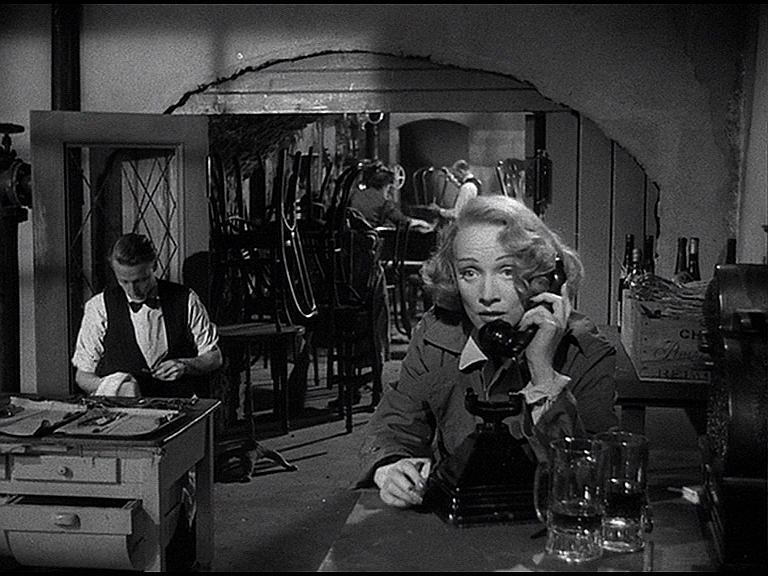 That aside, the film is really a black romantic comedy, as Congresswoman Frost enlists John Lund’s caddish Captain Pringle to help her investigate who’s covering up for nightclub singer Erika (Marlene Dietrich) and her shady Nazi past, falling for him along the way. Little does she know that Johnny Pringle is actually Erika’s lover, who’s gone from cheeky black market dealing, like most of his semi-corrupt army colleagues, to full-blown forgery to keep the singer out of the work camps where her former friends have been sent. 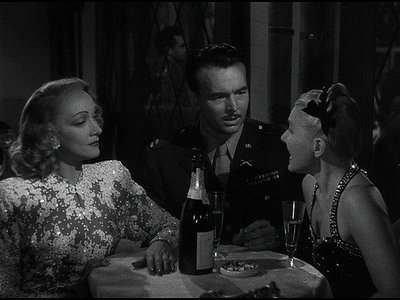 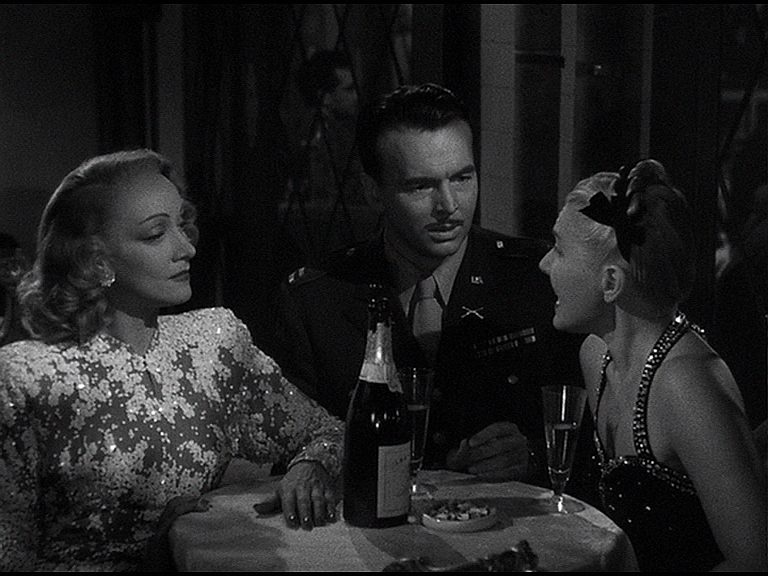 “Oh Johnny,” drawls Dietrich, when he confronts her after seeing an old newsreel of Hitler whispering in her ear. “What does it matter about a woman’s politics?” Ironic in itself, given that the star was regarded as a traitor in Germany for having so firmly backed the Allies (becoming an American citizen) during the war.

But to Arthur’s Phoebe Frost it matters very much: ethics, duty and her beloved home state, Iowa, are paramount to her naïve but diligent politician. When she’s seduced by Pringle into forgetting that, going ‘native’ at a dodgy nightclub in a black market evening dress, it’s almost tragic. But he too is seduced, finding her homespun charms a reminder of the innocence he lost during the war. 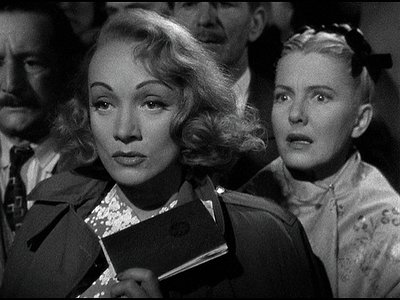 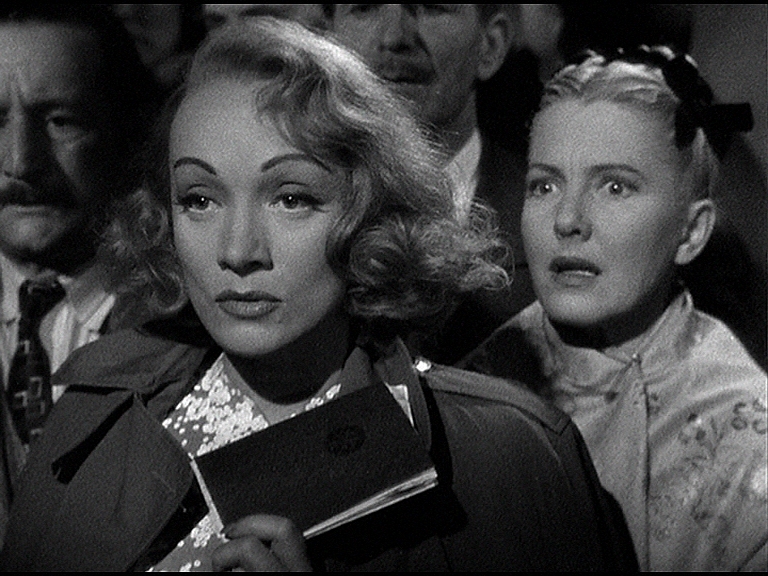 “Now you’re one of us,” Erika tells Phoebe, after she’s been compromised and heartbroken. And she is: part of Wilder’s sophisticated, dark take on post-war reality, where all the zones in Berlin are in shades of grey.

The cast are excellent: Arthur is adorable as the ice-maiden melting into an irresistible woman who knows what she wants, John Lund – who could be stodgy in some roles – manages the charming, irresponsible Johnny well, and Dietrich is, as usual, magnificently knowing, mannered and sensual. Millard Mitchell gives sterling support as the laconic Colonel who employs Johnny as bait to lure Erika’s Gestapo chief lover out of hiding.
Eye For Film 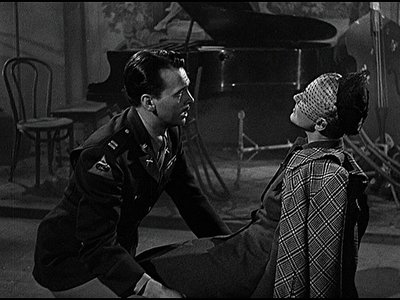 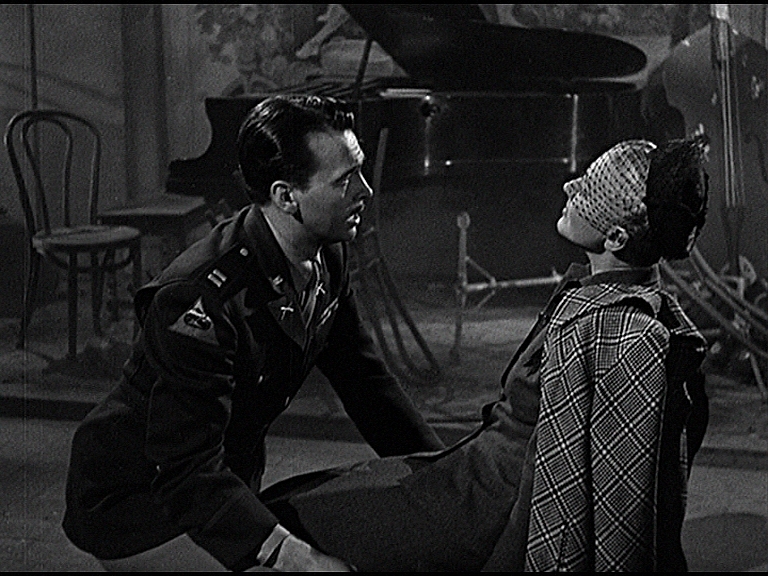